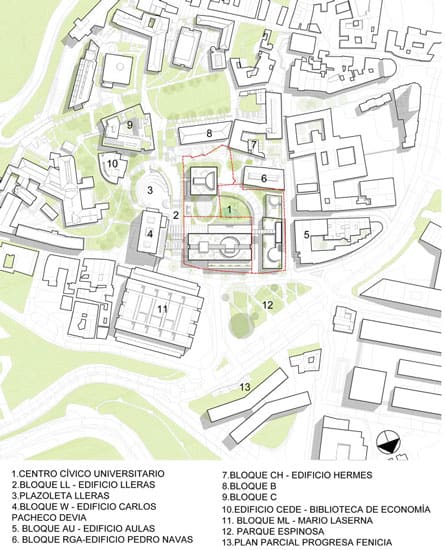 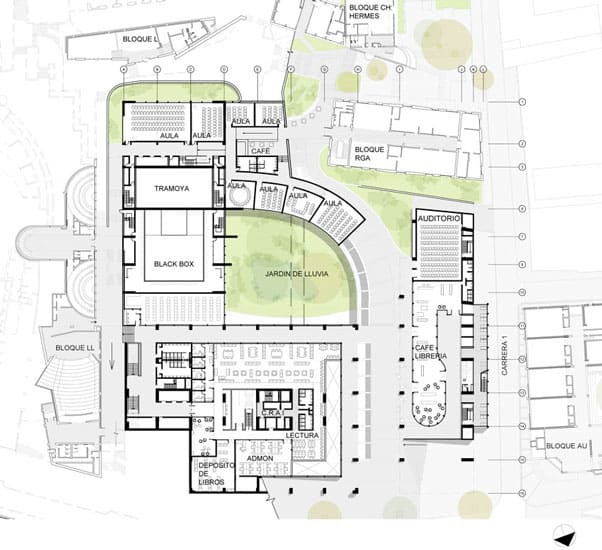 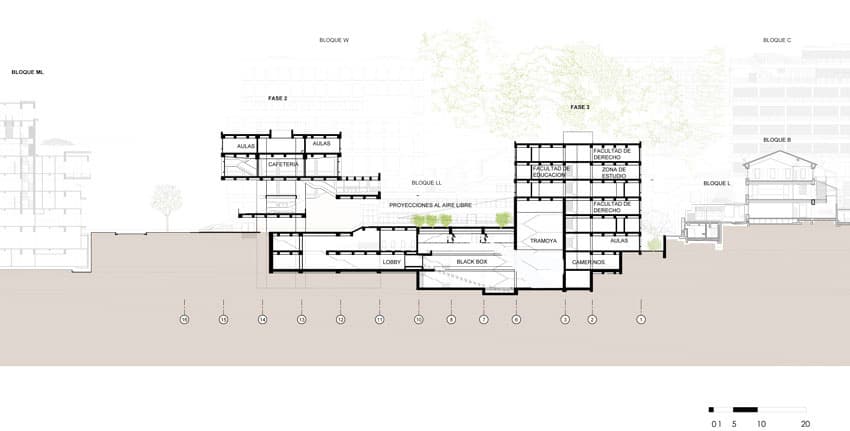 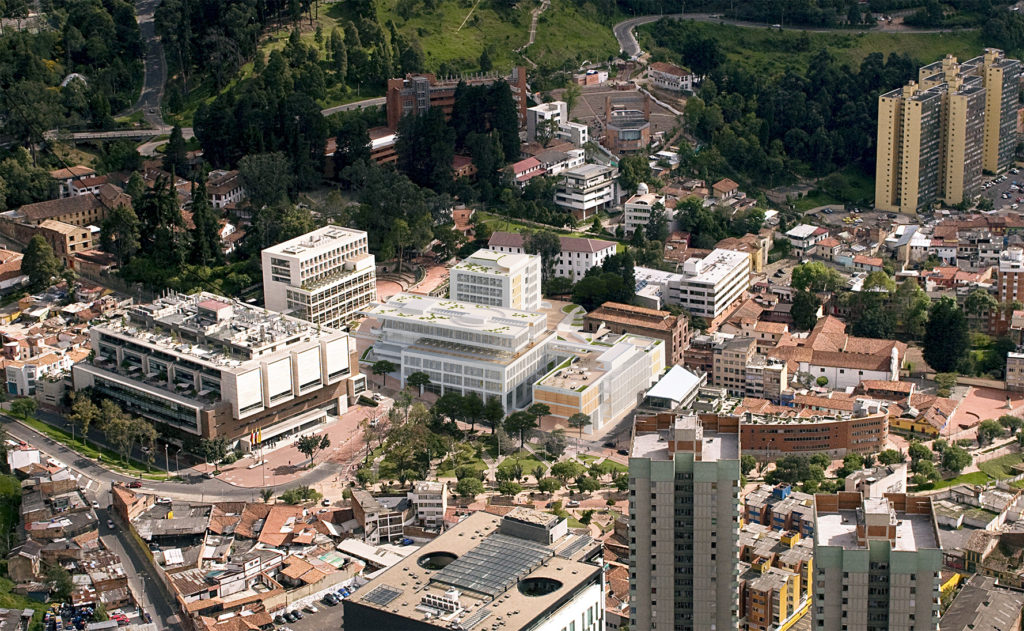 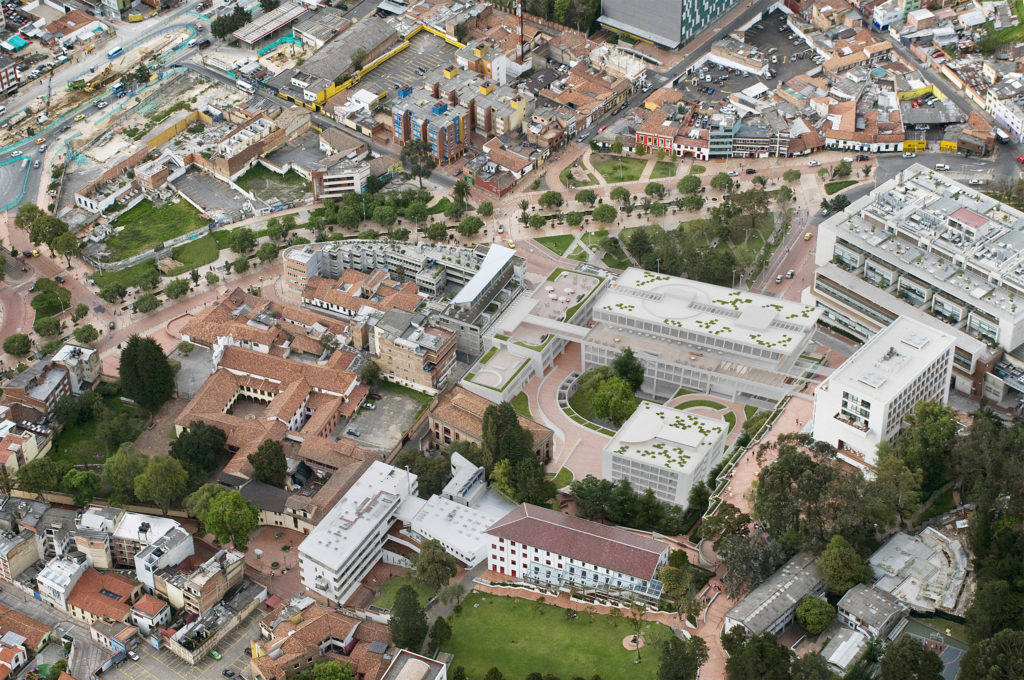 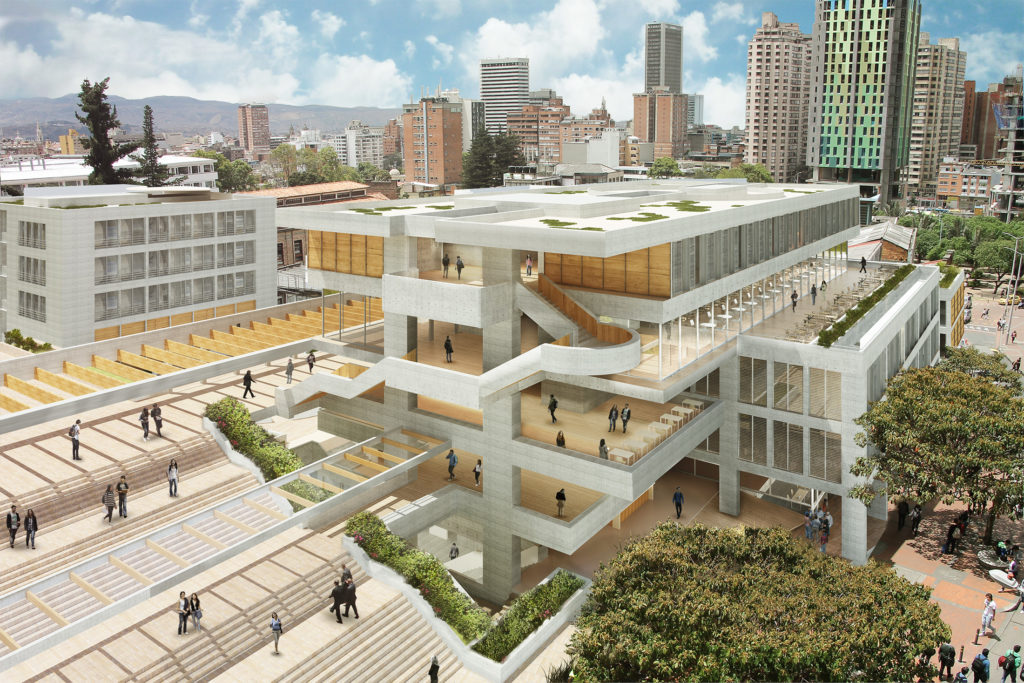 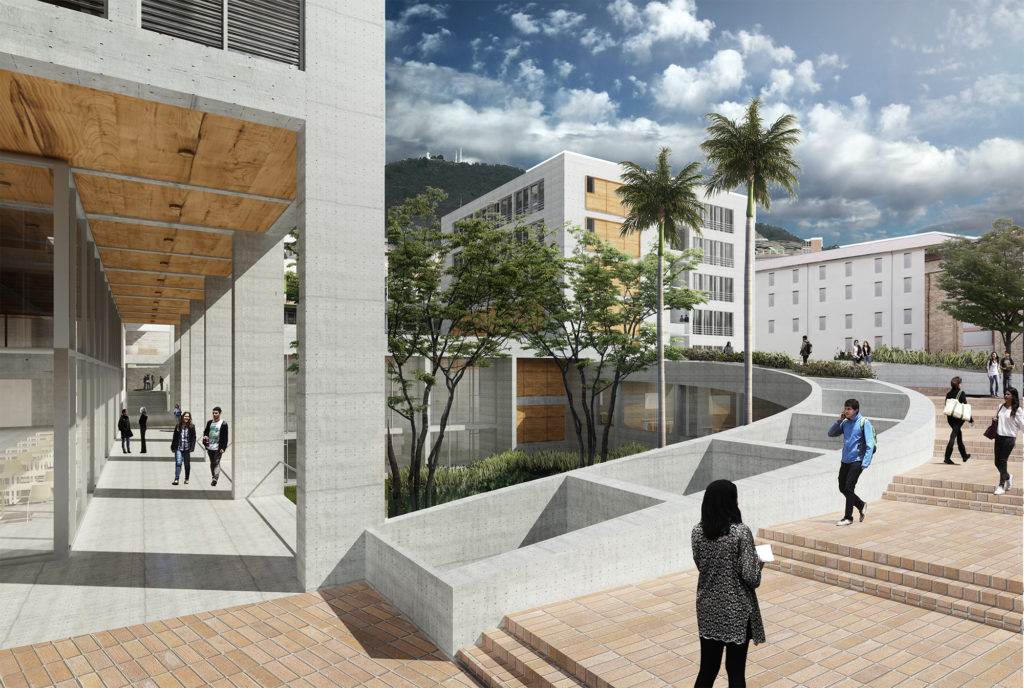 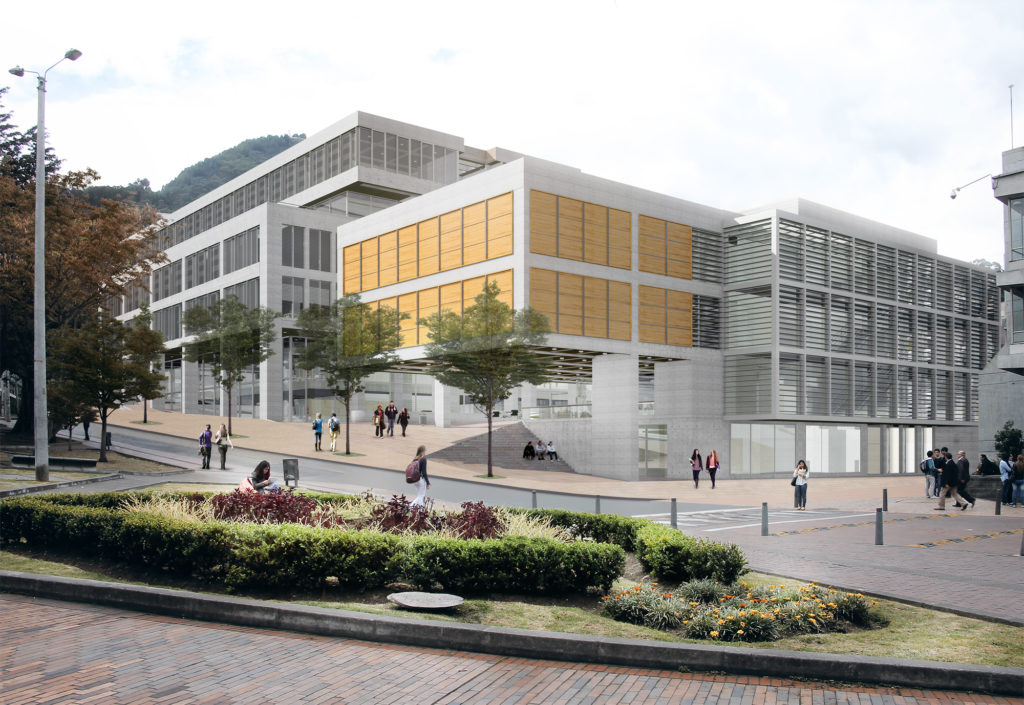 Building on the existing qualities of the university campus, the project proposes the construction of several independent, identifiable blocks. Thus, the phase I classrooms, the CRAI, the food court, the phase II classrooms, the Black Box and finally the phase III offices, each correspond to a clearly defined architectural volume.

Following the same objective, multiple pedestrian and functional connections are proposed, which in turn create spaces of different proportions and hierarchies. These transit areas, which at the same time serve for recreation, studying and informal interaction, will permit the user to choose the most convenient or attractive route, following the principle that the elevators and staircases serve the entire campus, not just the independent buildings.

The green areas, organized around a central water collection garden, also become structuring elements, echoing the character of the open areas of the rest of the campus. The CRAI, with its peripheral double height arcades, is conceived as a large display window where the essence of the university will project itself into the city. The grand entrance that is formed with the existing staircase of the Lleras building, from the Calle 19 will bring the city closer to the Black Box theater of phase III, and assure access to the intermediate construction stages.