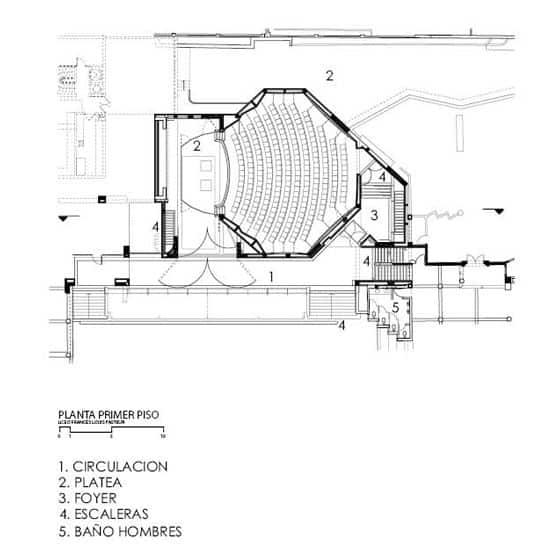 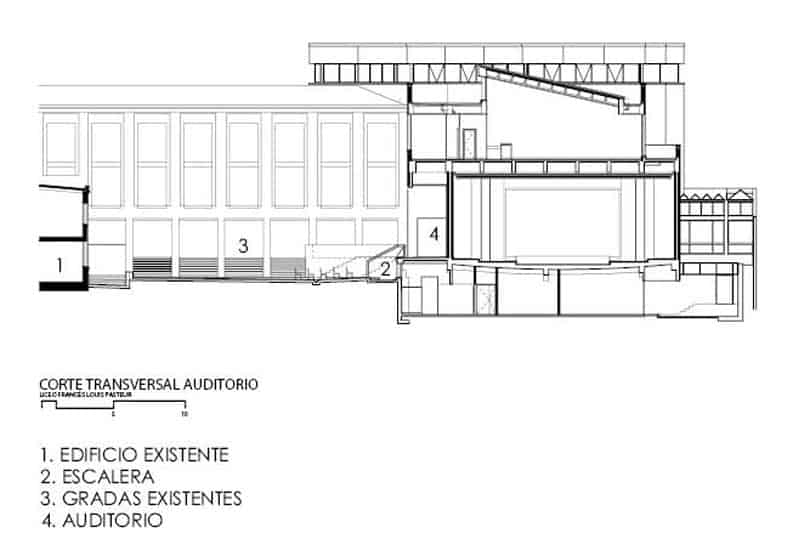 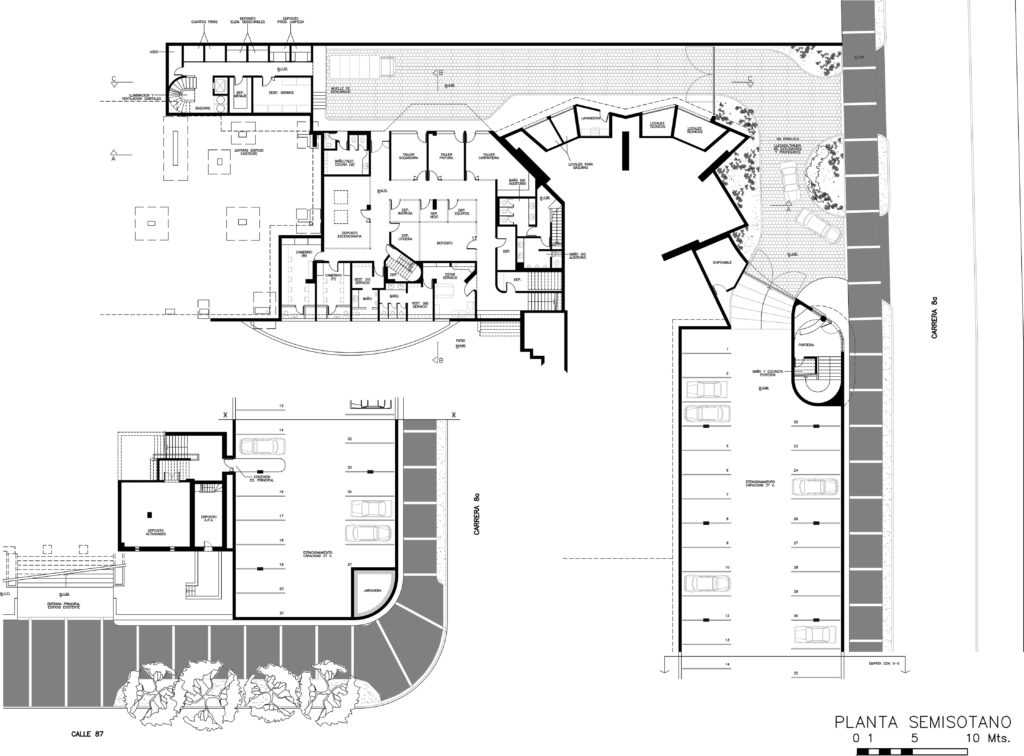 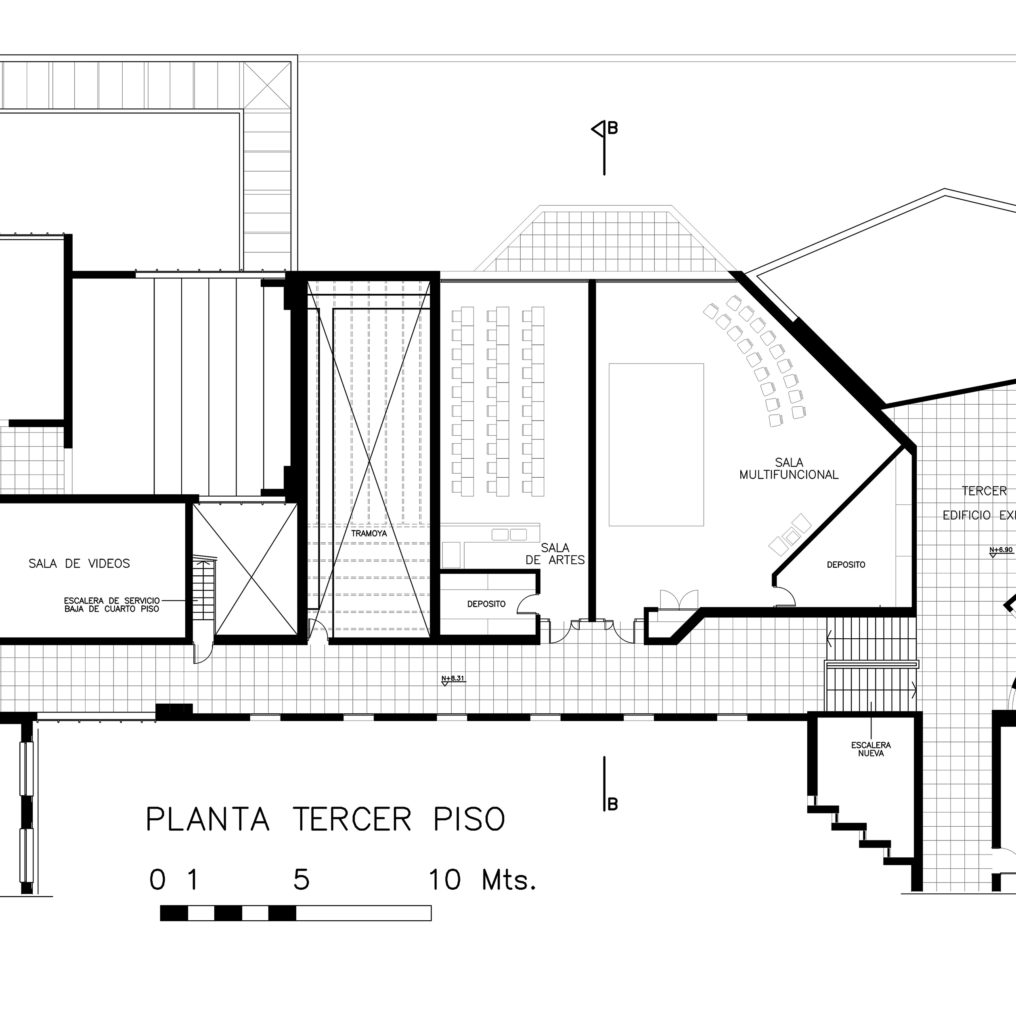 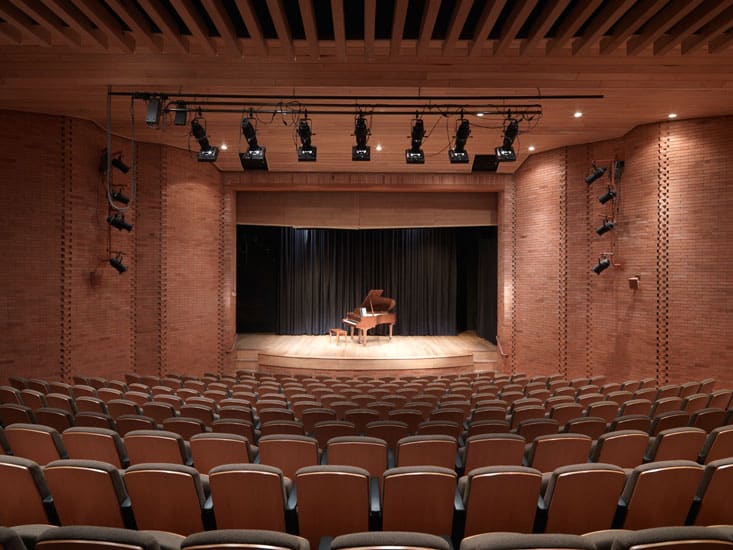 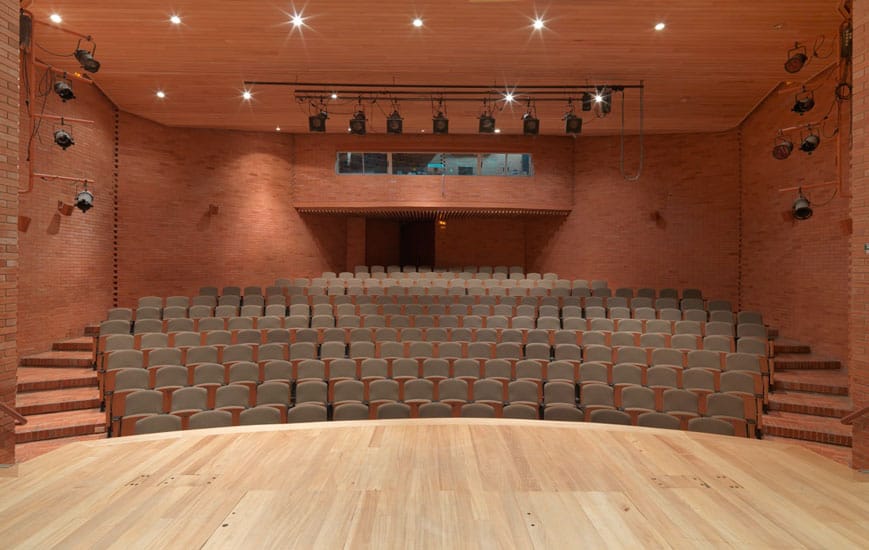 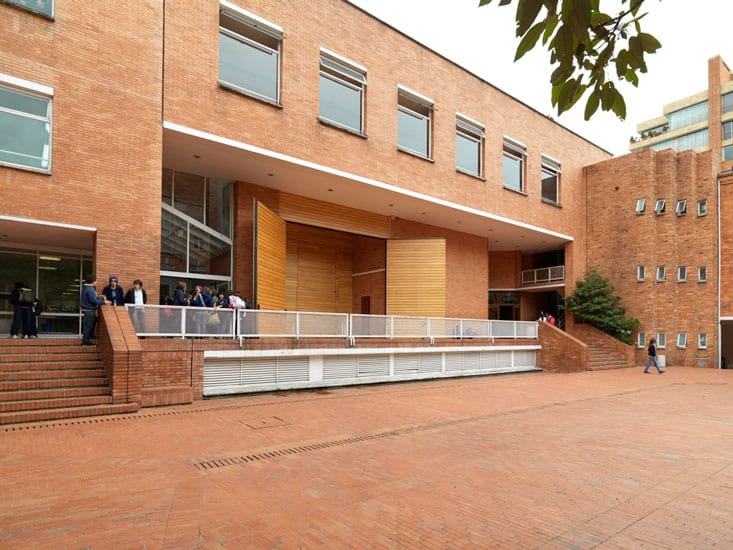 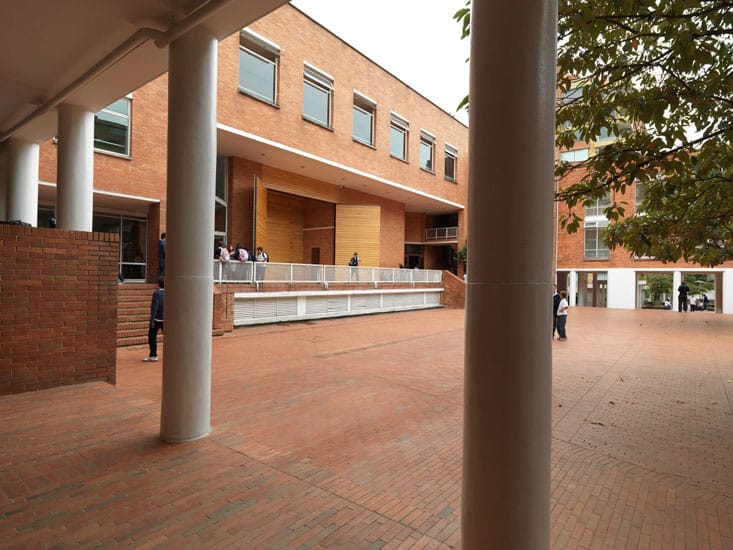 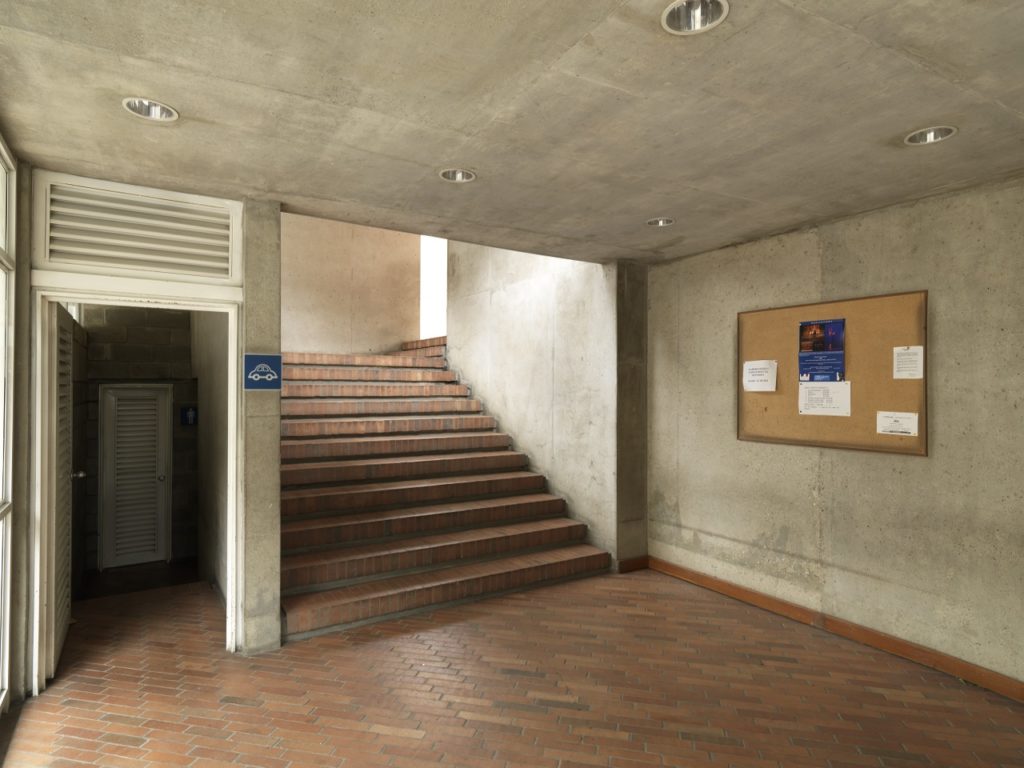 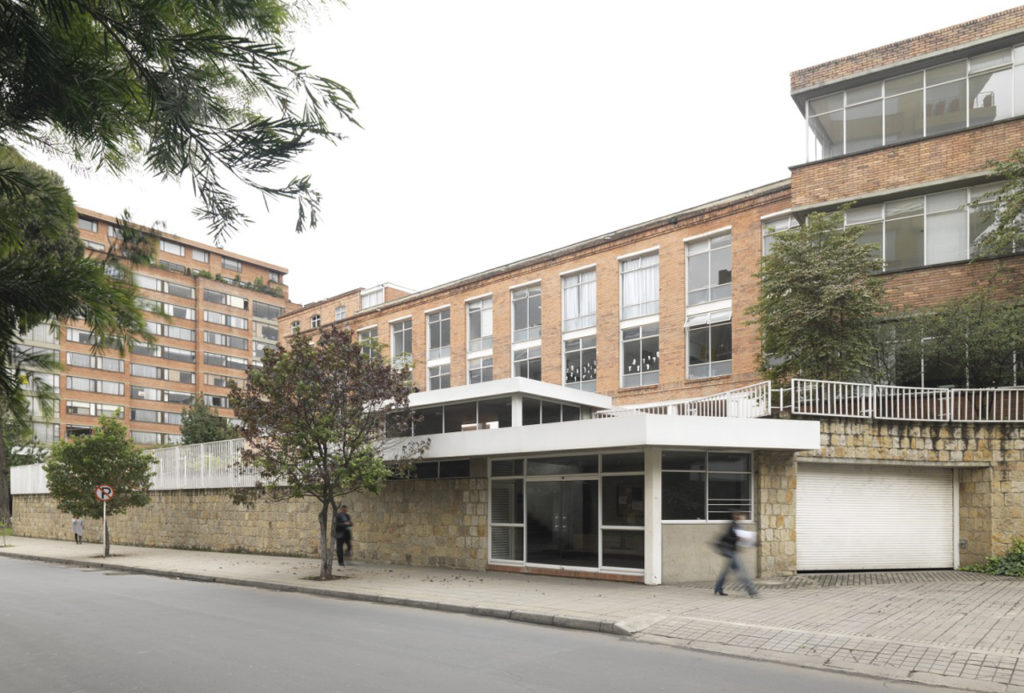 Right in the heart of the school campus a new auditorium is designed, with a capacity of 220 seats, located at one end of the plaza that organizes the entrance to the school. The humble intervention, executed with a brick façade, establishes a connection with the neighboring buildings that employ the same material and had been previously conceived by Rodríguez Orgaz y Martínez.

The project can be characterized as an exercise in the mastering of scale, as manifested in the spaces that despite their reduced size function correctly. The small lateral entrance lobby that precedes the theater, or the size of the straight staircase leading down to the storage area and restrooms, are examples of this spatial control of scale.

The intervention also included the design of a new loading dock for the school, which is realized at the rear end of the auditorium. Inside the theater, the seats occupy the center part of the space, leaving only side aisles for circulation, a solution that was employed earlier in the Alberto Lleras Camargo building of the Universidad de Los Andes. One of the important elements of the small auditorium is the door on one side of the stage house, providing a connection with the exterior plaza and thereby offering a degree of versatility consistent with the school´s activities and its spatial limitations.

Each design exercise is an opportunity to experiment with solutions that might be implemented later on in different circumstances or scales. The design for a covered parking facility for the Liceo Francés is a good example of this. The school is closed off by a stone wall that was preserved, but interrupted to introduce a new entry pavilion and provide access to the parking building from Carrera 8. This was one of the new entrances proposed by the 1989 master plan. The parking structure makes sure to implement adequate lighting and ventilation, by means of a cavity between the stone wall and the roof that serves as an accessible terrace. The interest in naturally ventilating and lighting underground parking areas, successfully achieved on a small scale here, would later be fully developed in the parking of the Centro Cultural Julio Mario Santo Domingo, which only minimally depends on mechanic support for ventilation and lighting.