Under the conceptual wings of the legendary publication “Pet Architecture” by the Japanese studio Atelier Bow Wow, we are putting forward an exercise that deals with the analysis of these phenomena in the city of Bogotá, aiming to uncover strategies of urban intensification. Pet architecture is defined as an architecture of small scale, playful character and with a detonating effect on its immediate surroundings.

Pet Bogotá intends to shift the focus towards the potential of human activity, away from the hegemony of the preestablished program when dealing with the problem of architectural design. It pretends to give more importance to the relations of exchange within the social structure of a neighbourhood as opposed to its functional structure, and tries to identify non-conventional uses of public space, liminal architectures that operate between the public and the private realm, as well as strategic programs and uses that activate the area’s public life. It is also an opportunity to re-establish the importance of the street corner and to restore its role in the vitalization and detonation of urban life inside consolidated urban fabrics. 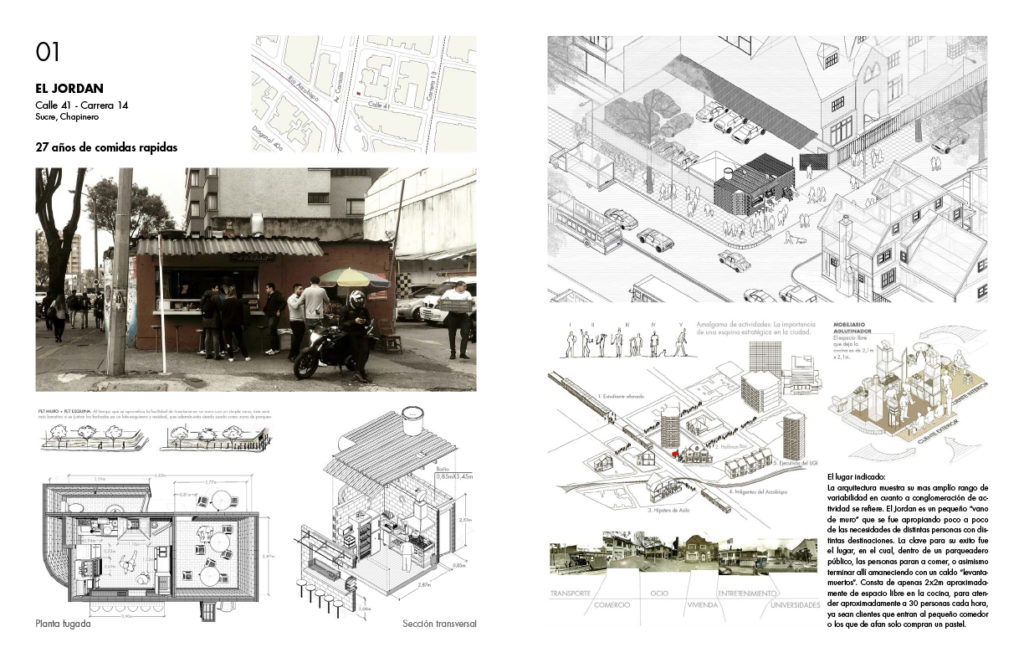 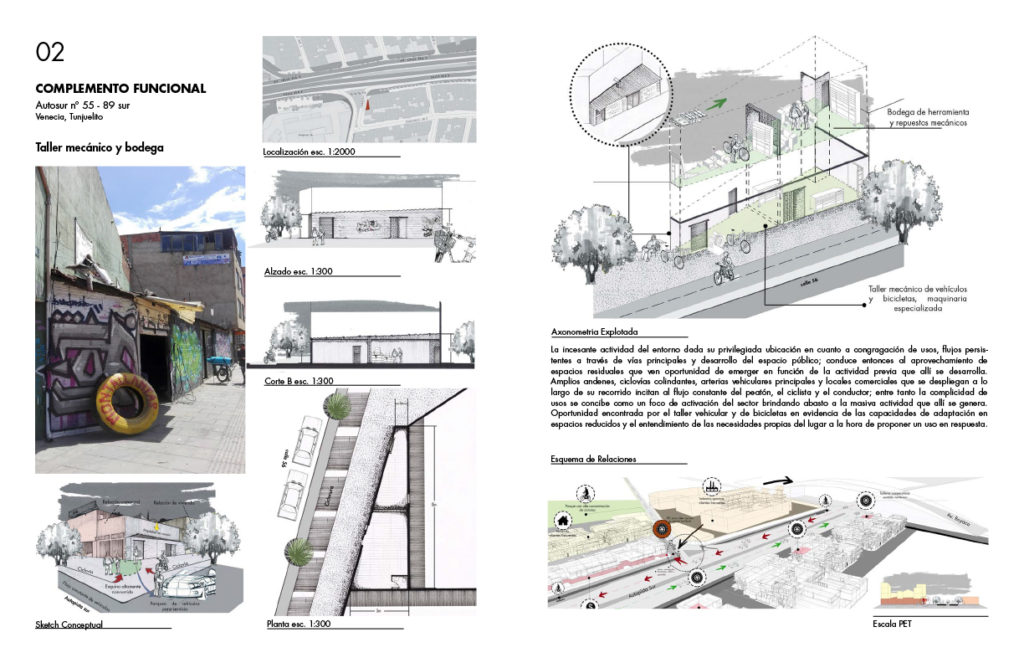 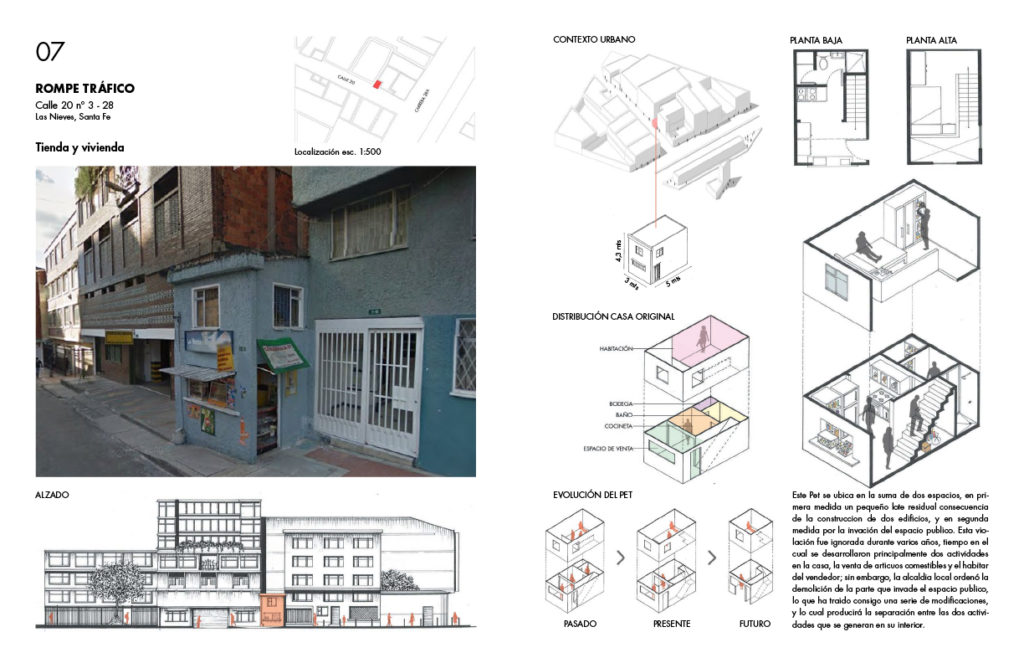 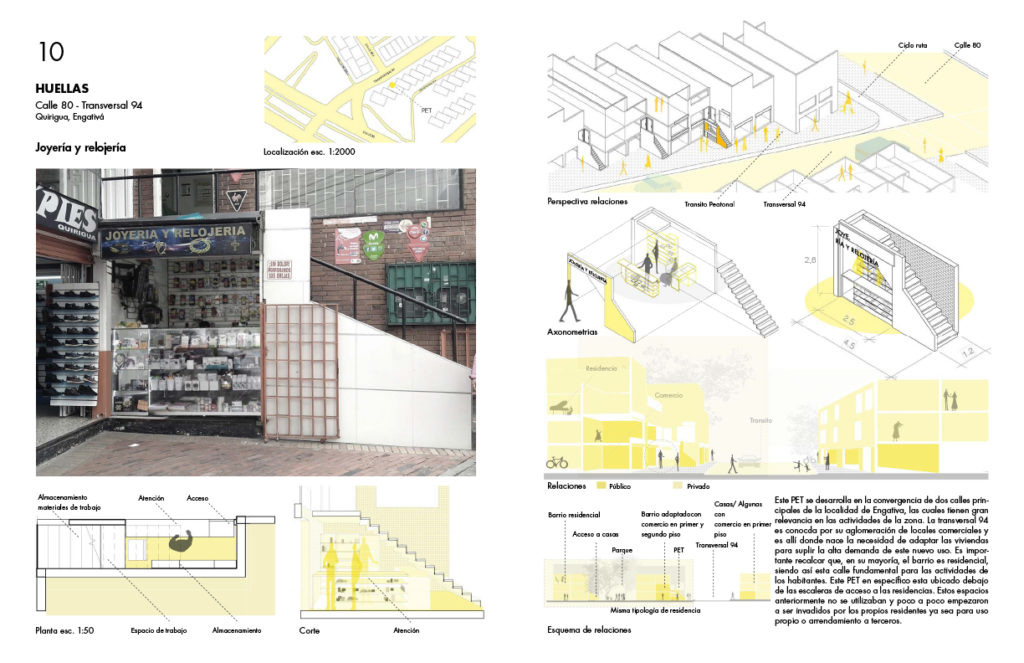 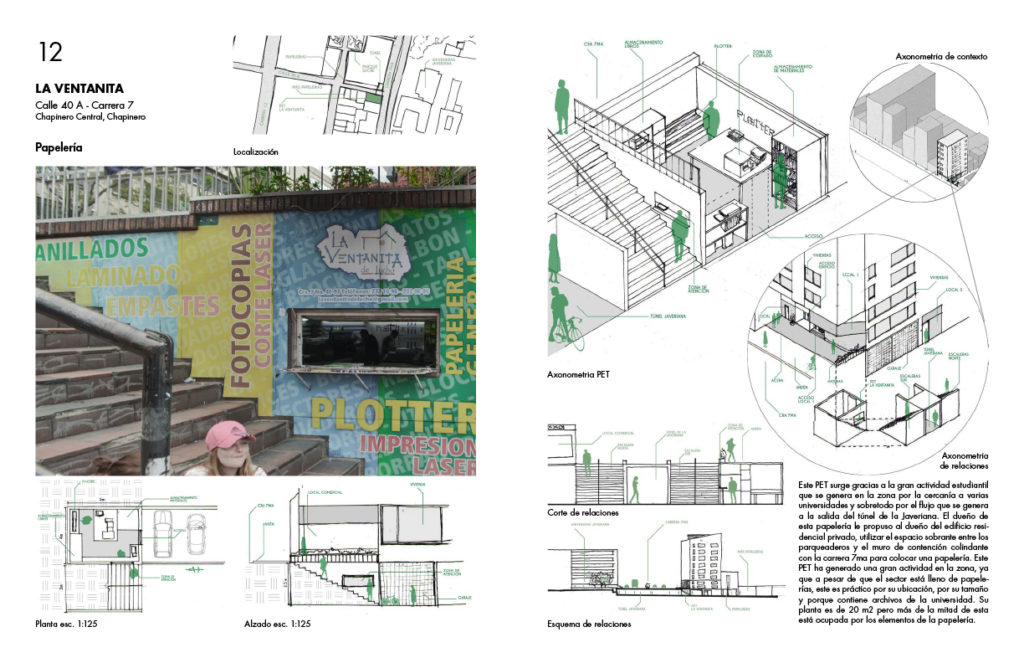 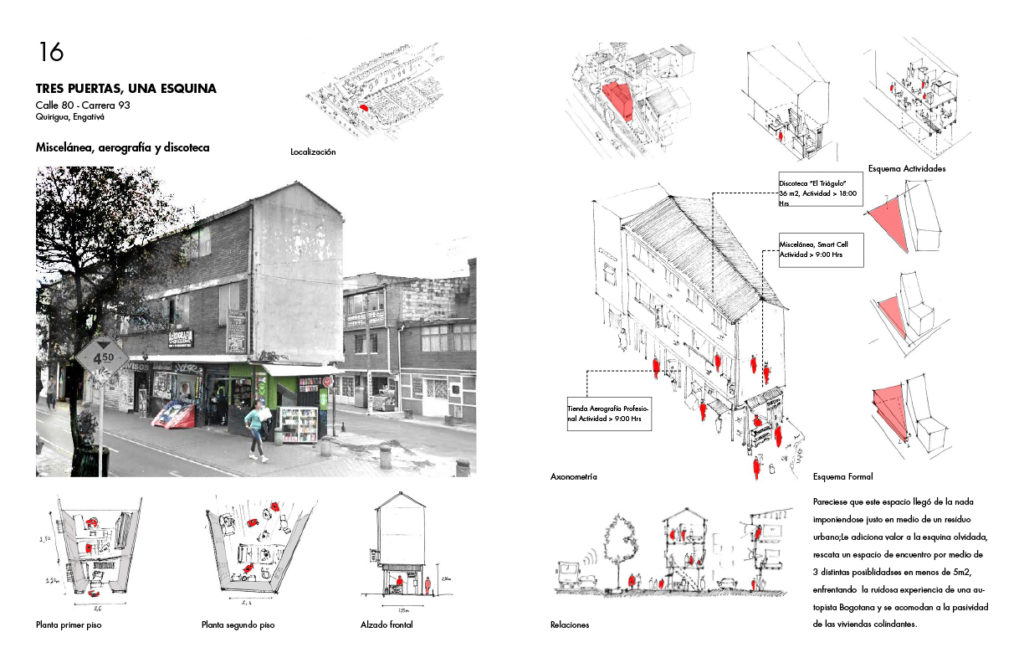