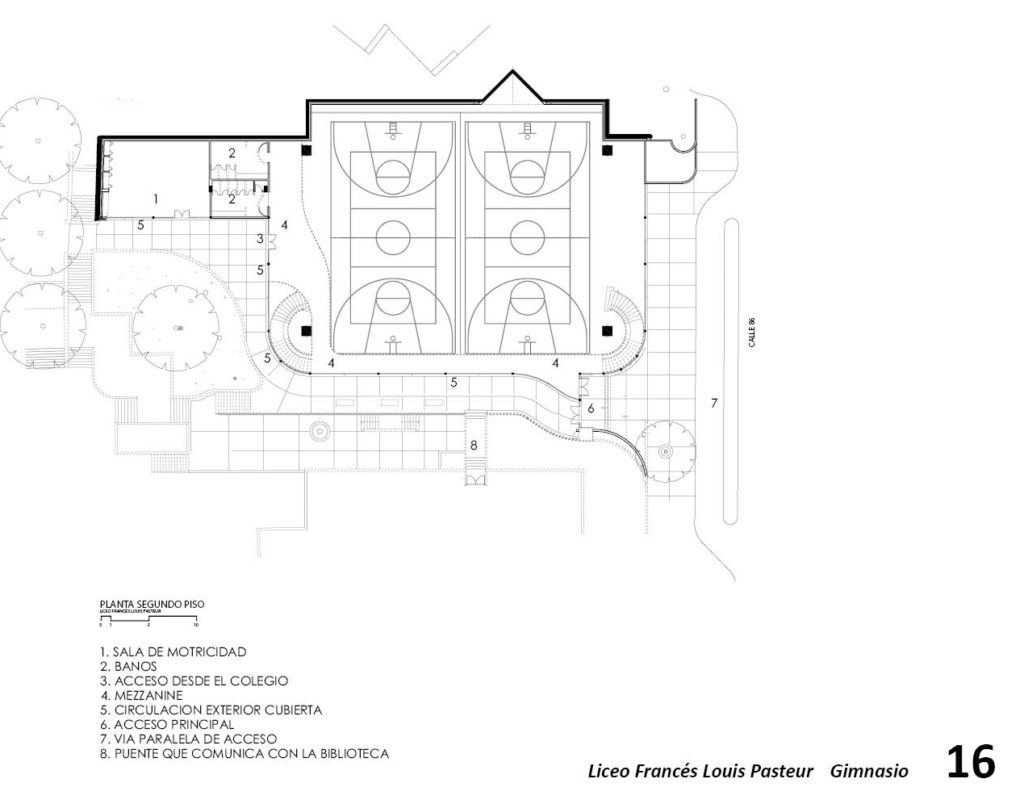 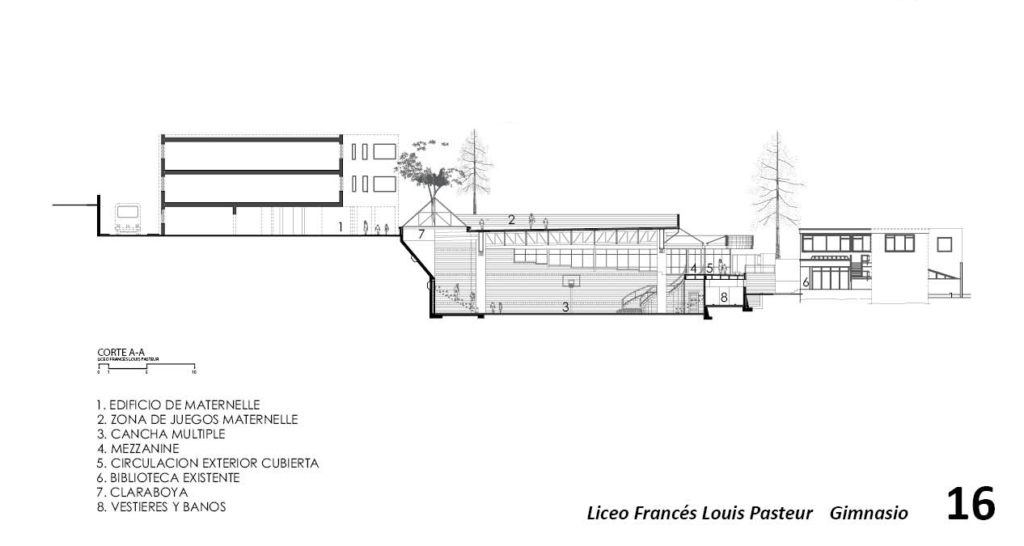 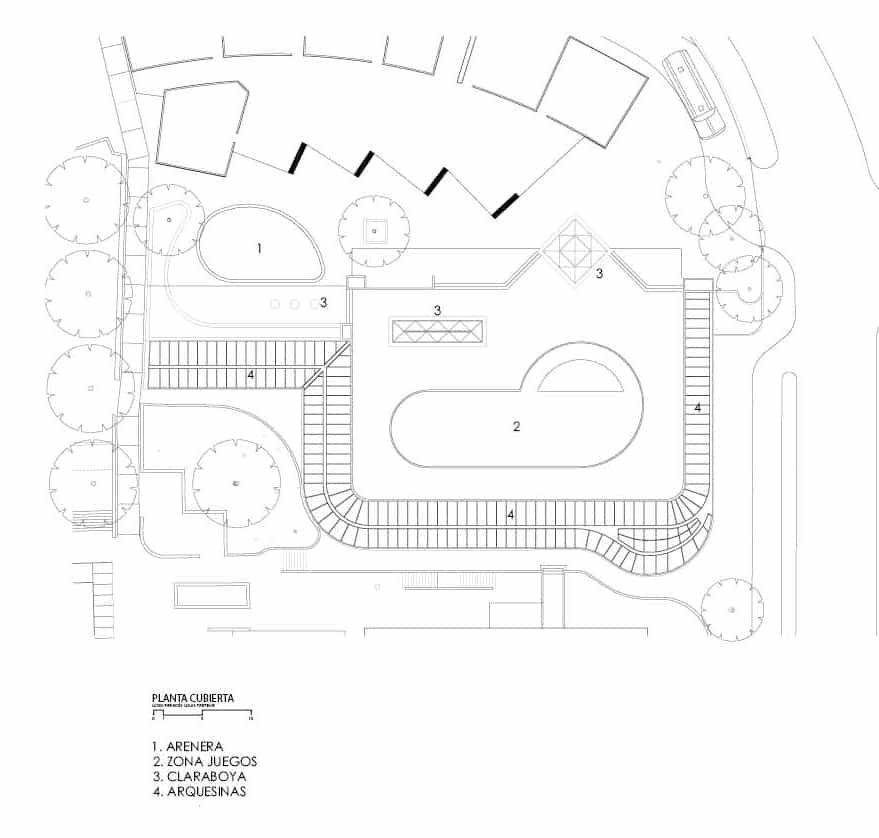 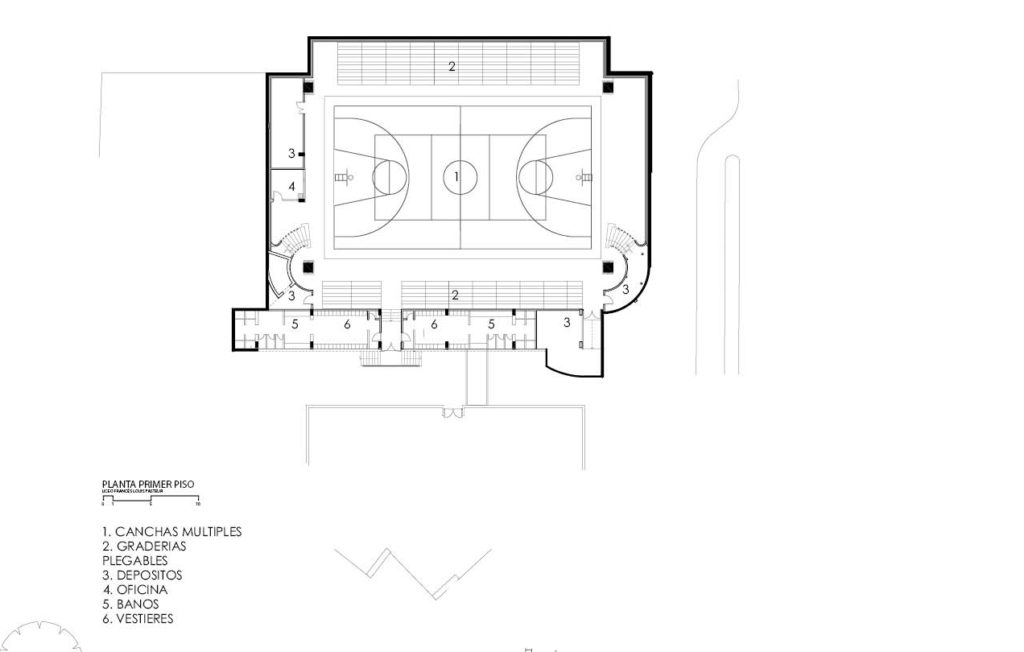 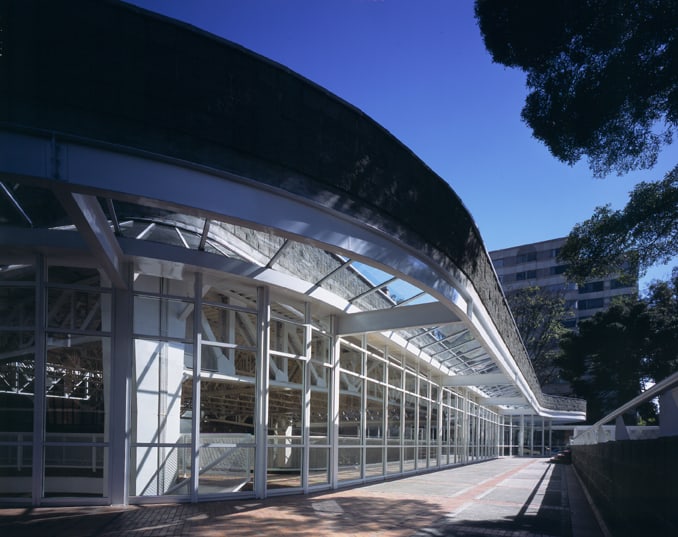 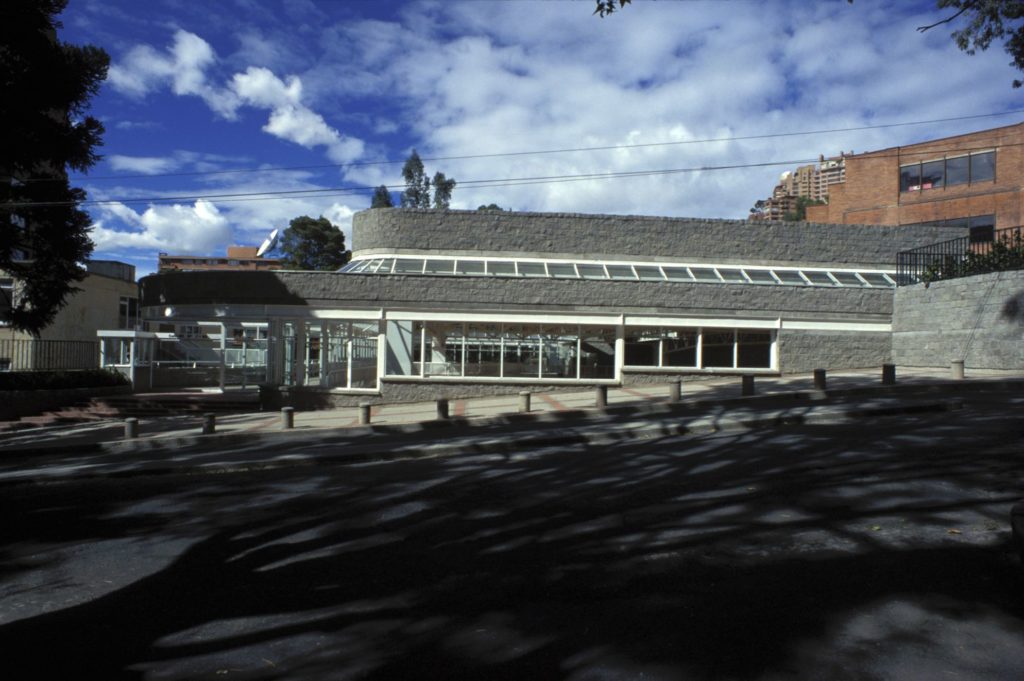 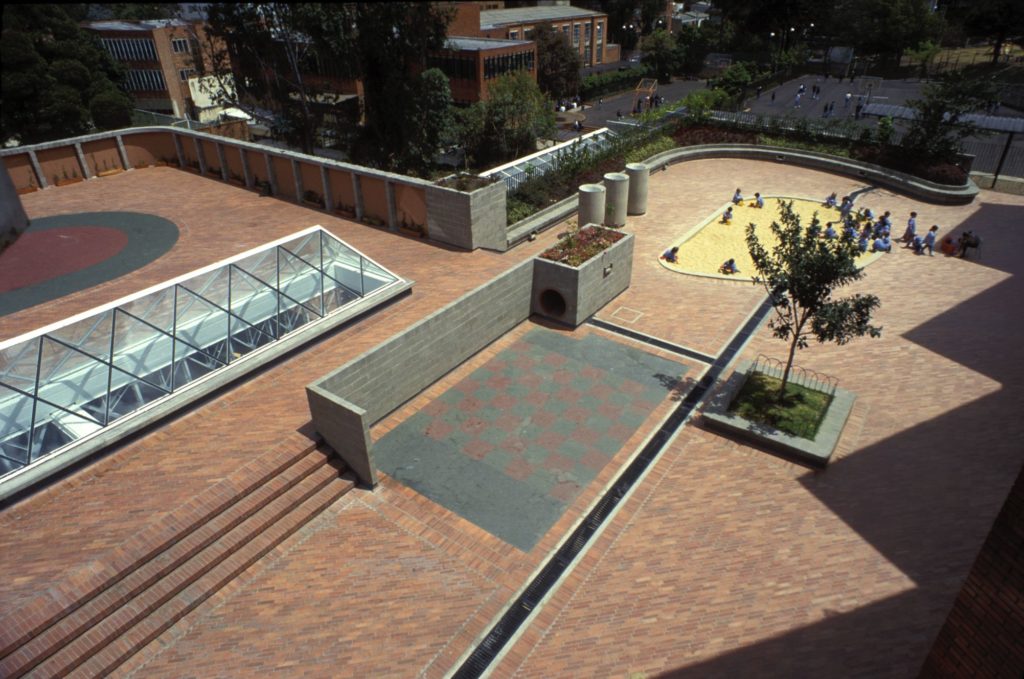 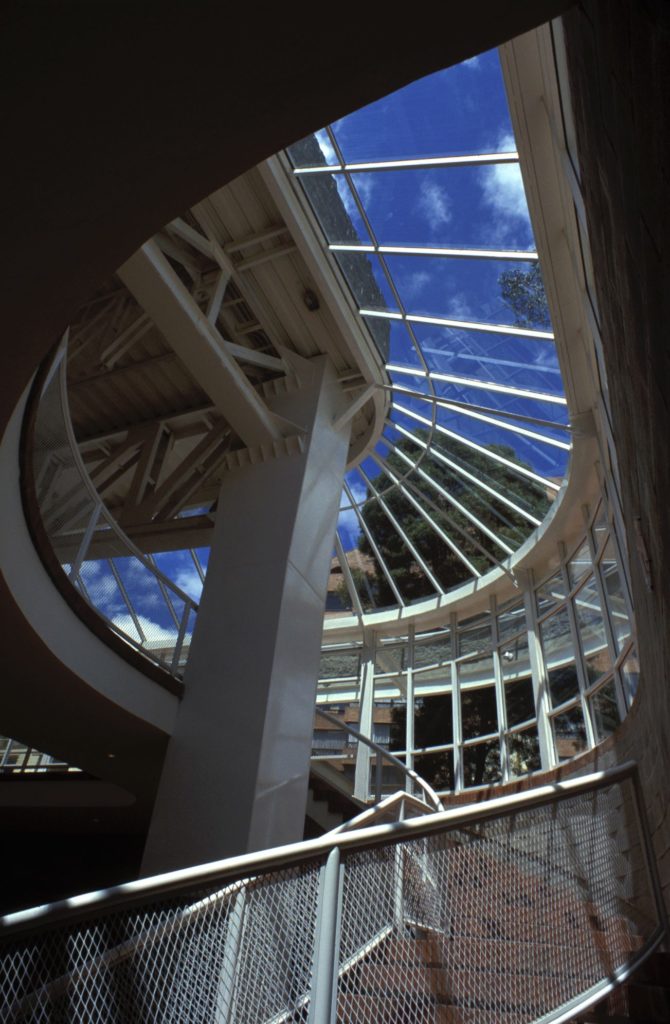 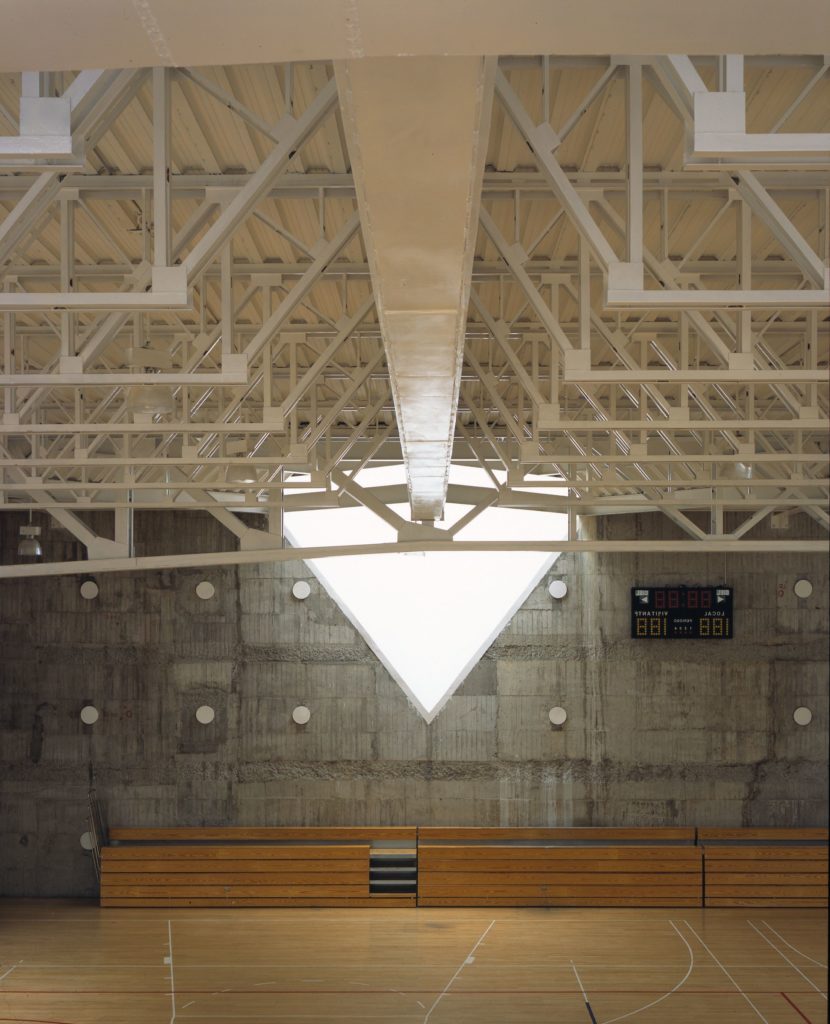 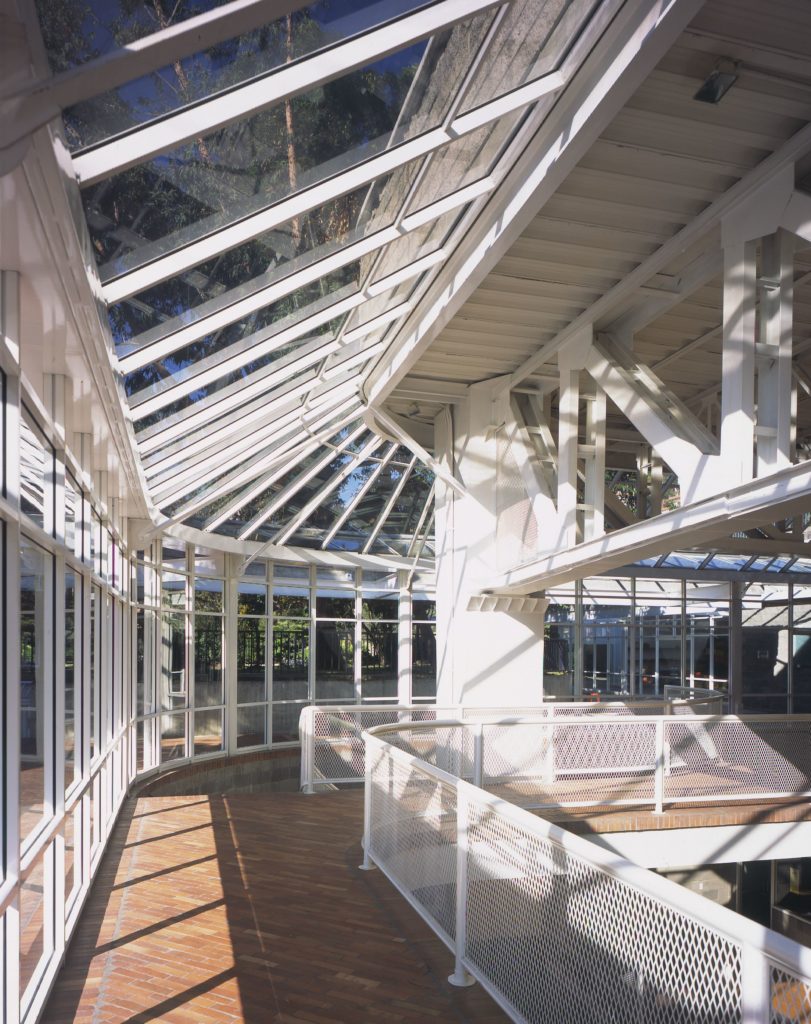 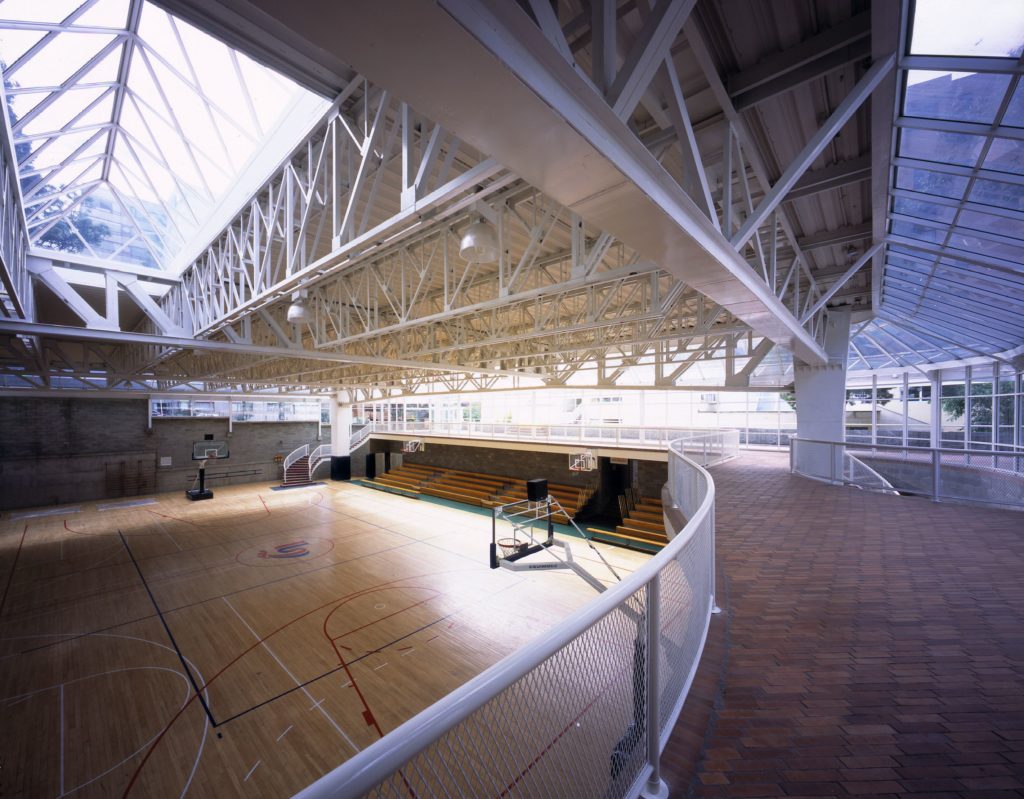 The Liceo Francés Louis Pasteur occupies, since 1948, a 1.5 ha lot in the traditional residential quarter La Cabrera, in the northeast of Bogotá. Despite its increased student population now over 2000 children, the school, following its 1989 Master Plan, decided to remain on its historic site. The gymnasium building plays a fundamental part in this effort, taking advantage of the terrain´s steep inclines and creating a harmonious relationship between institutional and residential functions. To articulate with the adjacent preschool building (designed by Fernando Martínez Sanabría), the gymnasium strategically settles into the slope. Thus, neither the view towards the west nor the natural sunlight are taken away from the existing classrooms. At the same time, the fully accessible roof terrace offers a spacious new playground for the children.

Countering vehicular congestion and circulation problems, the building is retroceded to make way for a service driveway running parallel to the main road. The accompanying façade features generous horizontal windows and inclined glass strips that illuminate the interior and offer passers-by a glimpse of the activities going on inside. Towards the southwest, the façade curves inside to give way to a pedestrian entrance and a covered walkway that runs along the gymnasium´s perimeter and distributes to the different parts of the campus.

Given the building is partially underground and its roof is fully accessible, the occupied land is completely given back to the school as usable surface. Despite the intense use of the roof terrace, the main structural elements, spanning 30 by 18 meters over the multipurpose court, appear slender. Towards the slope, the central space is confined by a retaining wall of 34 mts length and 9 mts height, anchored to the soil with tiebacks, whose exposed steel plates generate a rhythmic pattern along the wall.