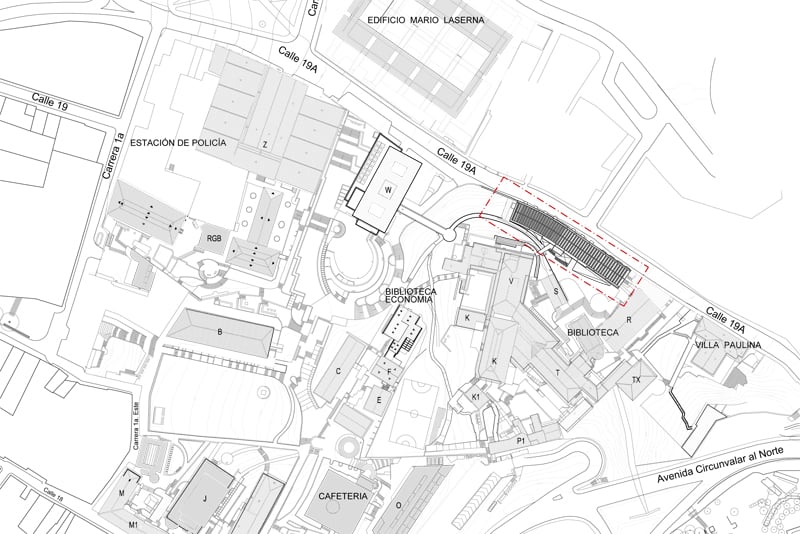 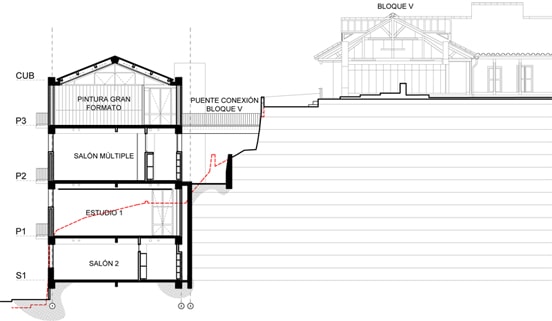 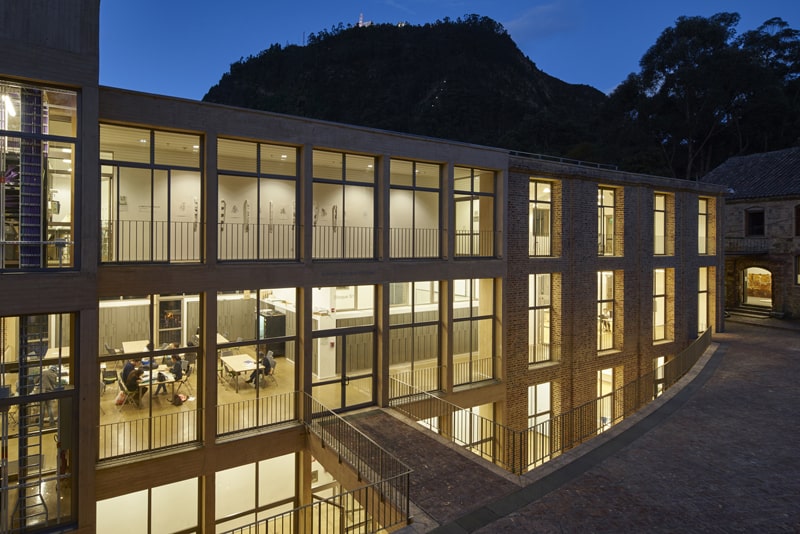 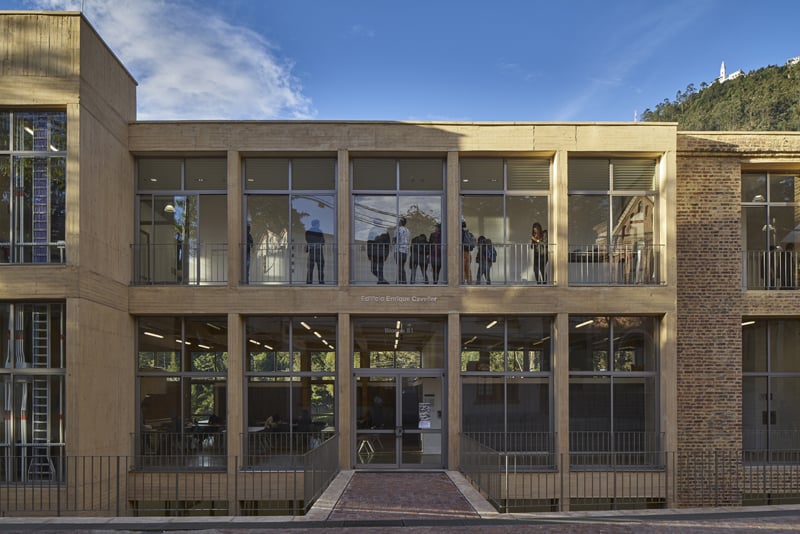 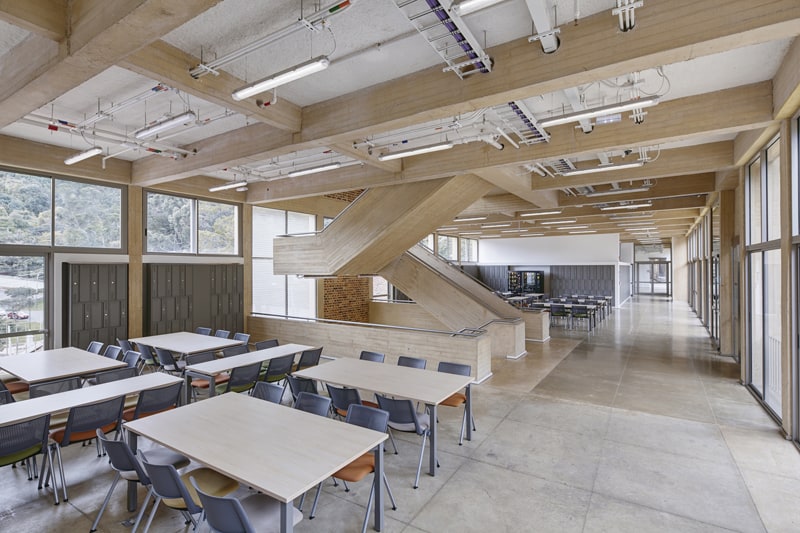 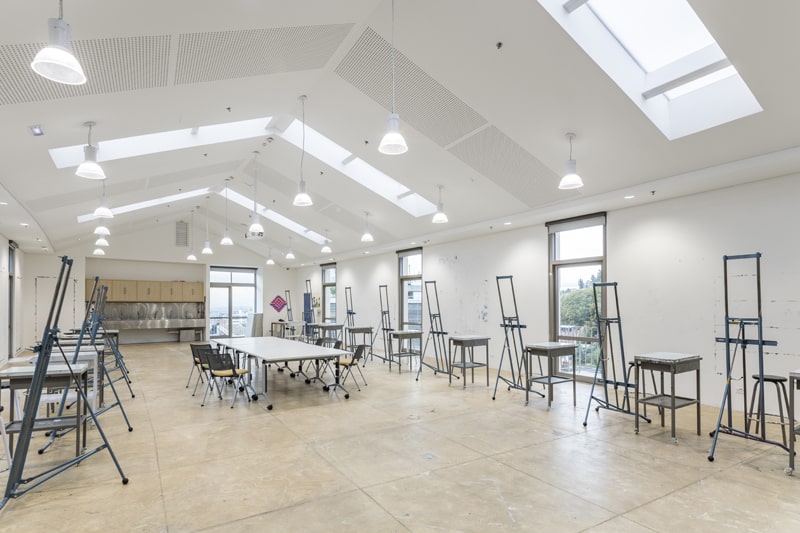 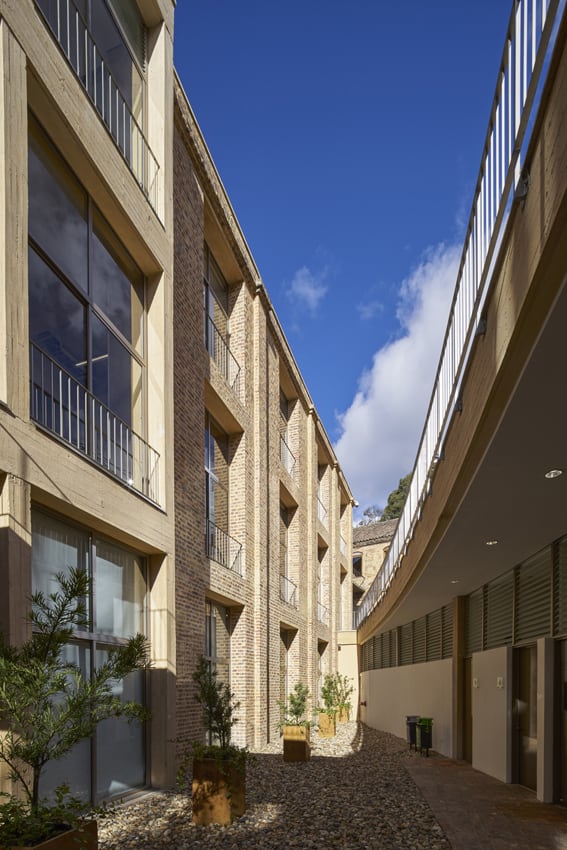 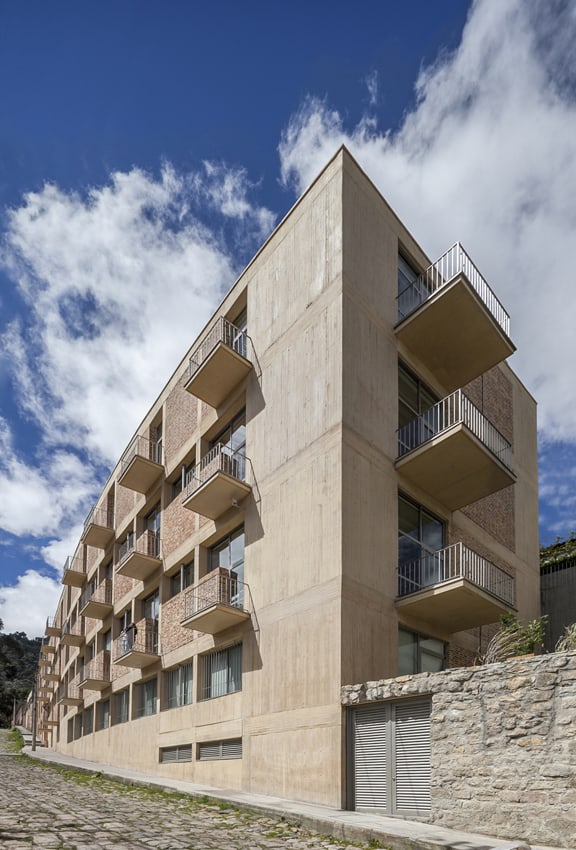 The site of intervention, at the northern side of the Universidad de Los Andes´ main campus, is a representative space of the country´s economic and industrial history. Here, the city´s first 16th century mills were constructed, as well as some early 19th century industrial buildings and a 20th century sanatorium known as “Campito de San José.”

To accommodate classrooms, workshops and studios for the Arts and the Industrial Design departments, the project intervenes two existing buildings of the campus. The building volume of of the Bloque R-213 has remained intact. Its north façade and the original entrance gate of the Campito San José were carefully restored, whereas the east and south facades were reconstructed.

The former Bloque S1 was demolished, and the new construction is conceived as a volumetric continuation of the Bloque R, by means of an ochre colored concrete that structurally stabilizes the ensemble. Spatially and functionally, it is fully integrated with the Bloque R, and employs an architectural language of similar proportions and materials. The striking vertical circulation elements connect all of the building floors that in its turn, link up with the different levels of the surrounding topography.

Towards the interior of the campus, the strong slopes are controlled by the introduction of a courtyard that brings light and air down to the lower levels and to a block of restrooms hidden below the iconic “plazoleta Richard.” The façade that faces the city at Calle 19A, realigns the formerly irregular plot boundary with the street, and brings new activity to this part of the city. Volumetrically, it consolidates the street and enhances the urban character of the area.