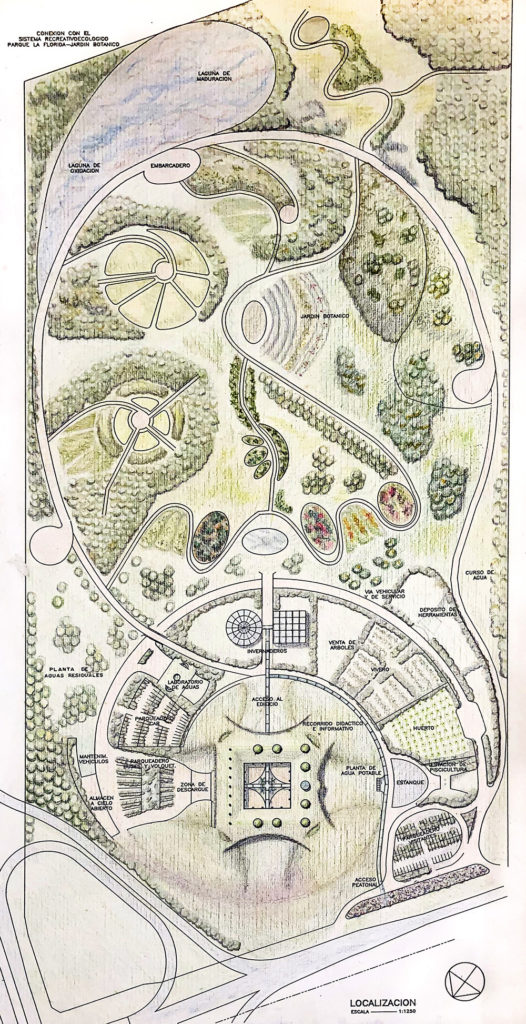 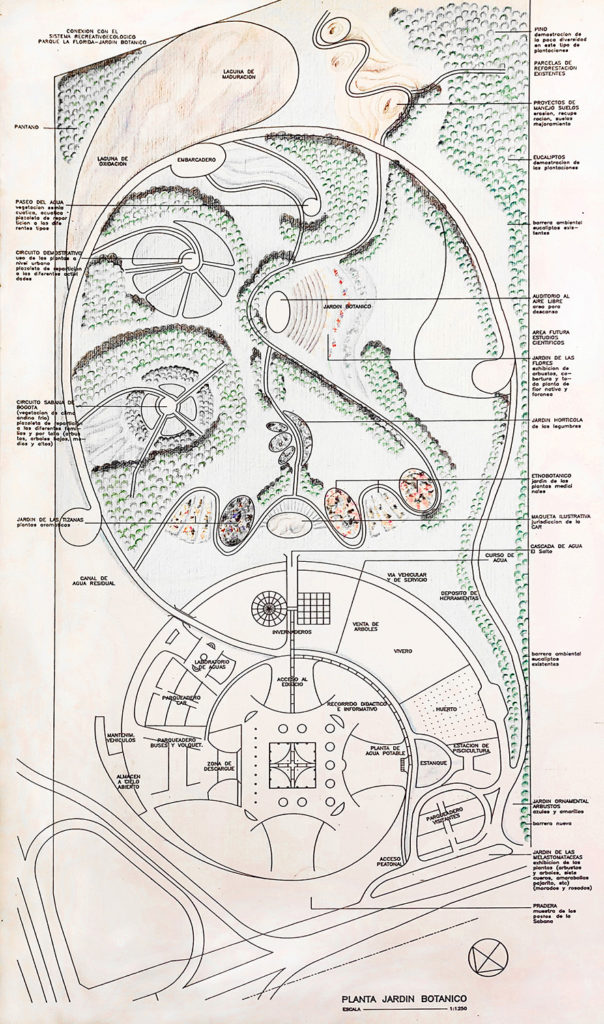 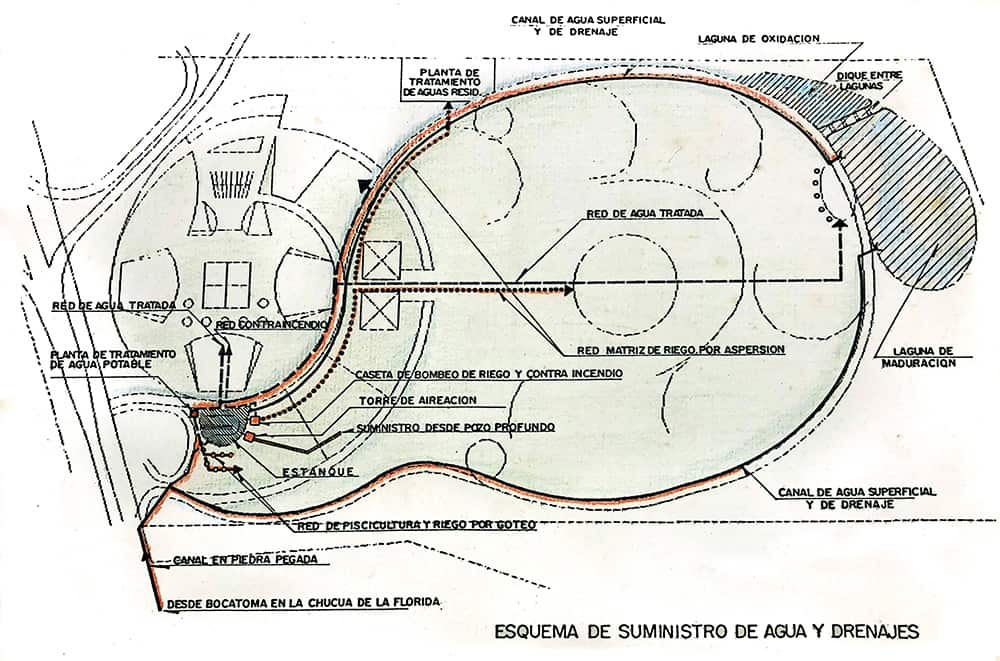 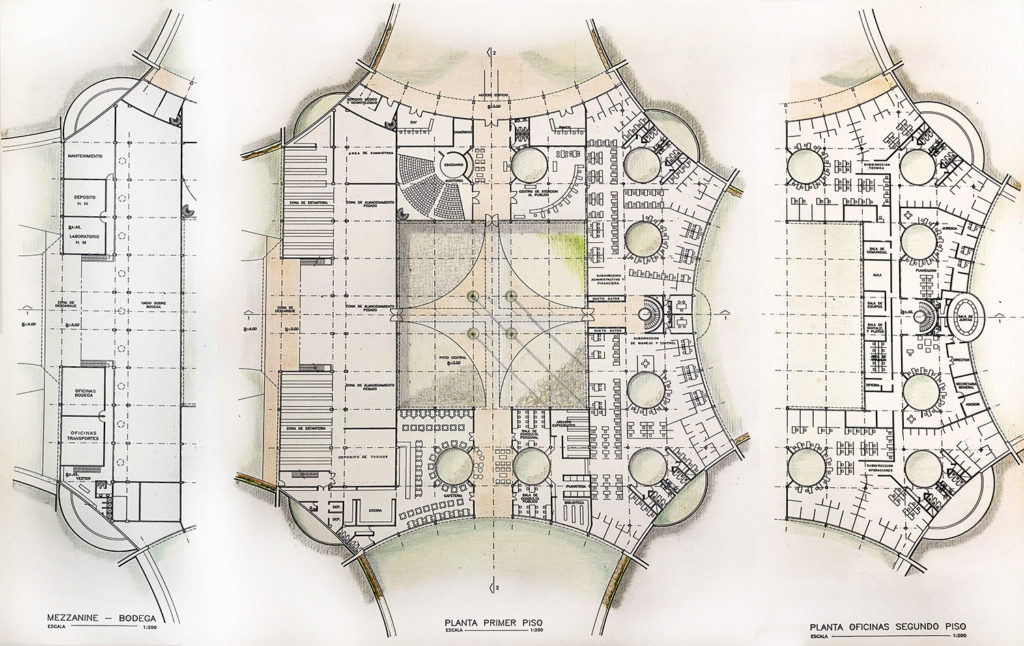 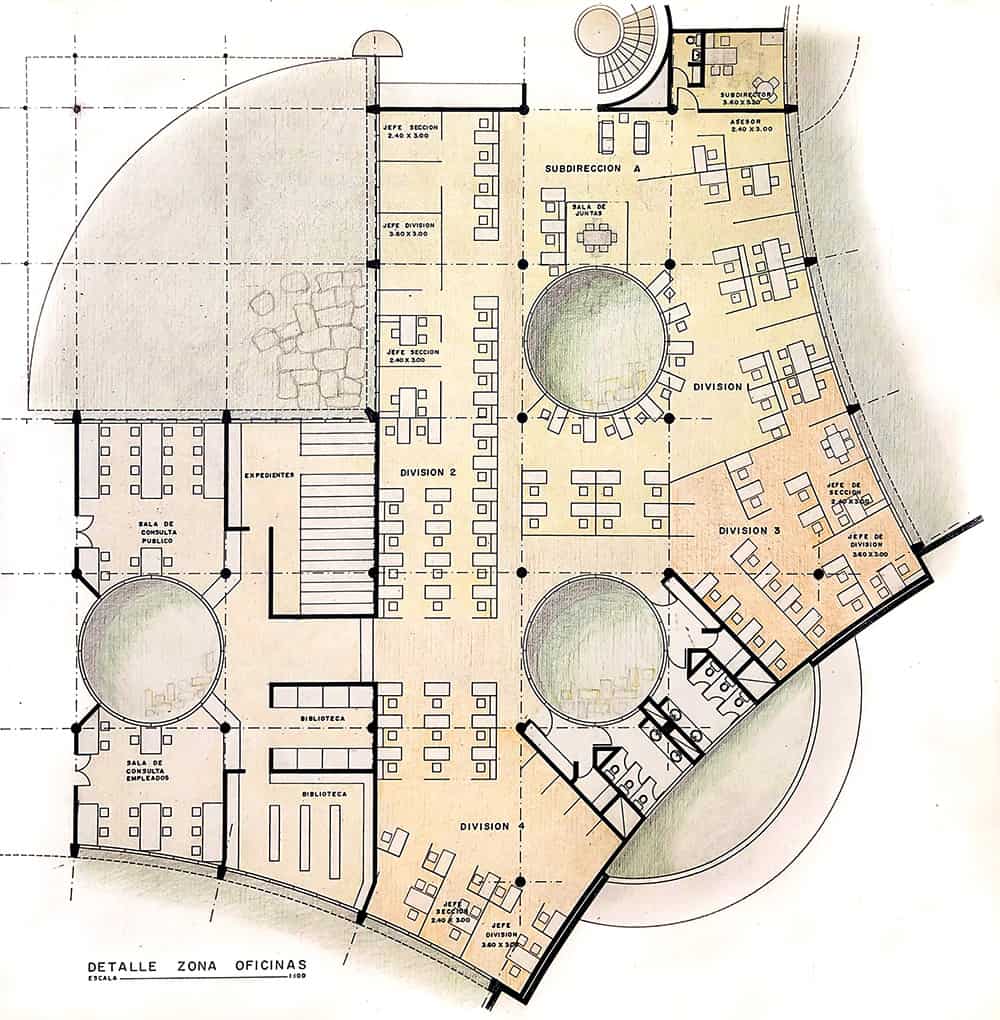 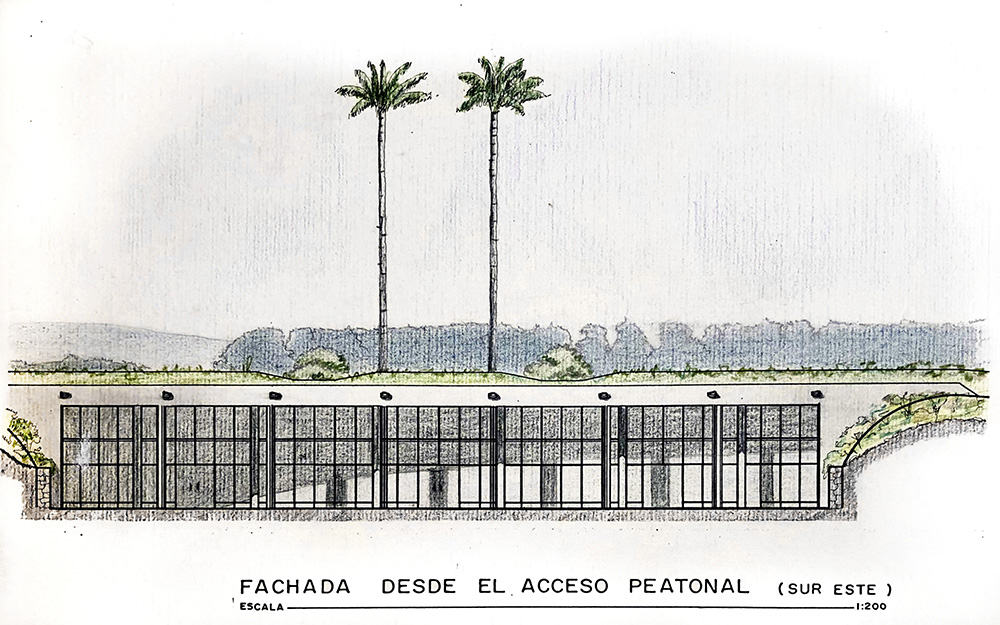 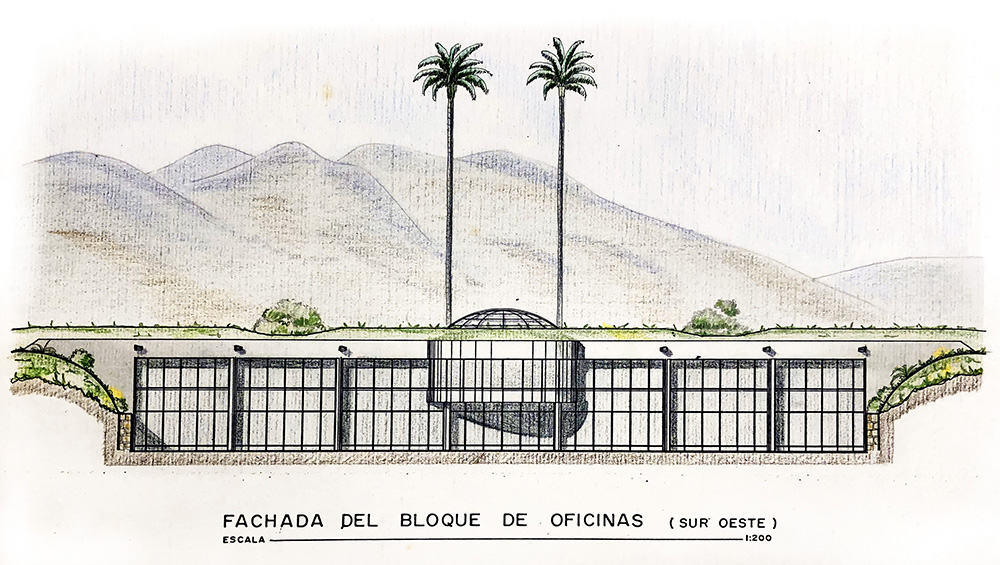 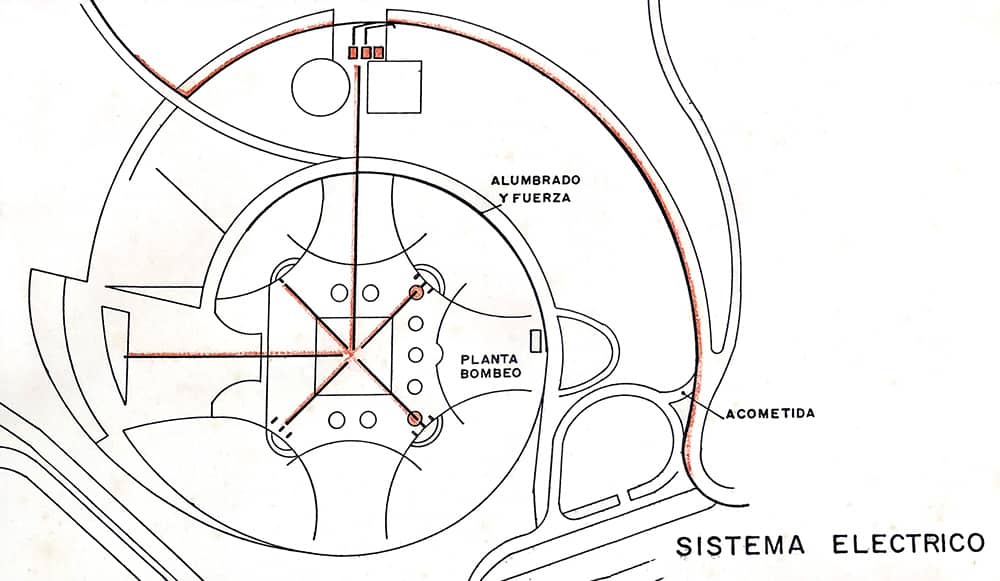 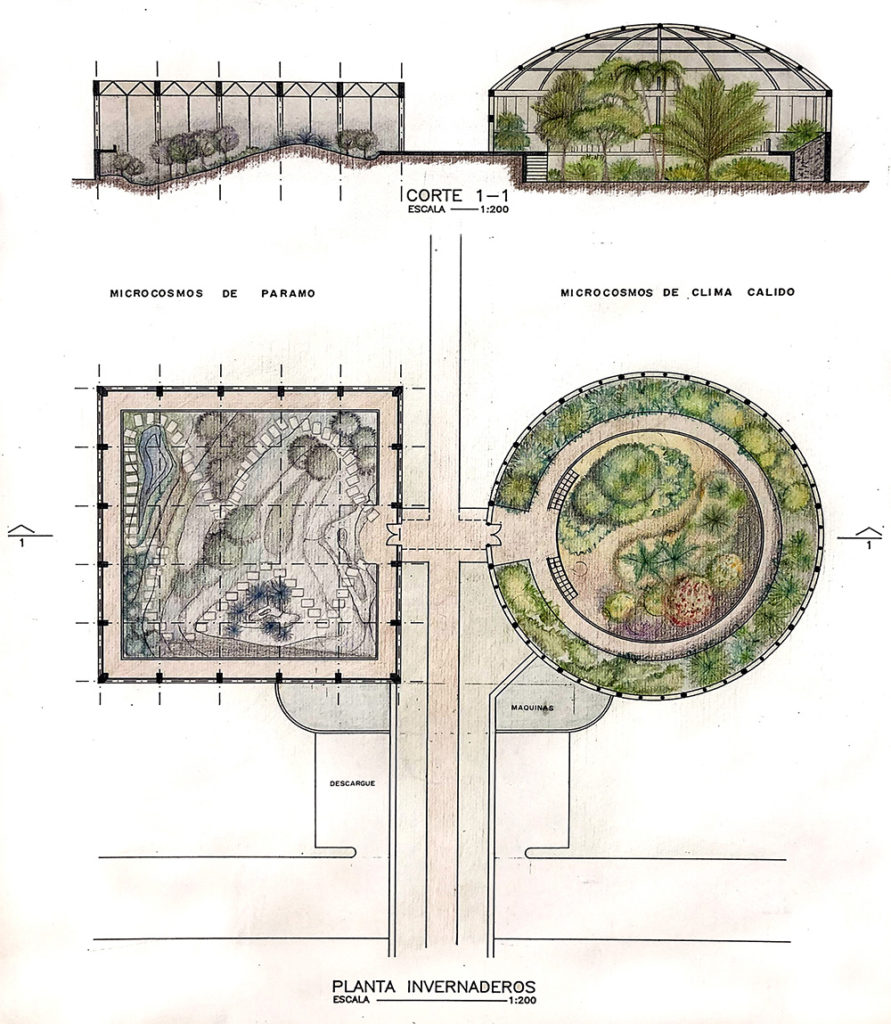 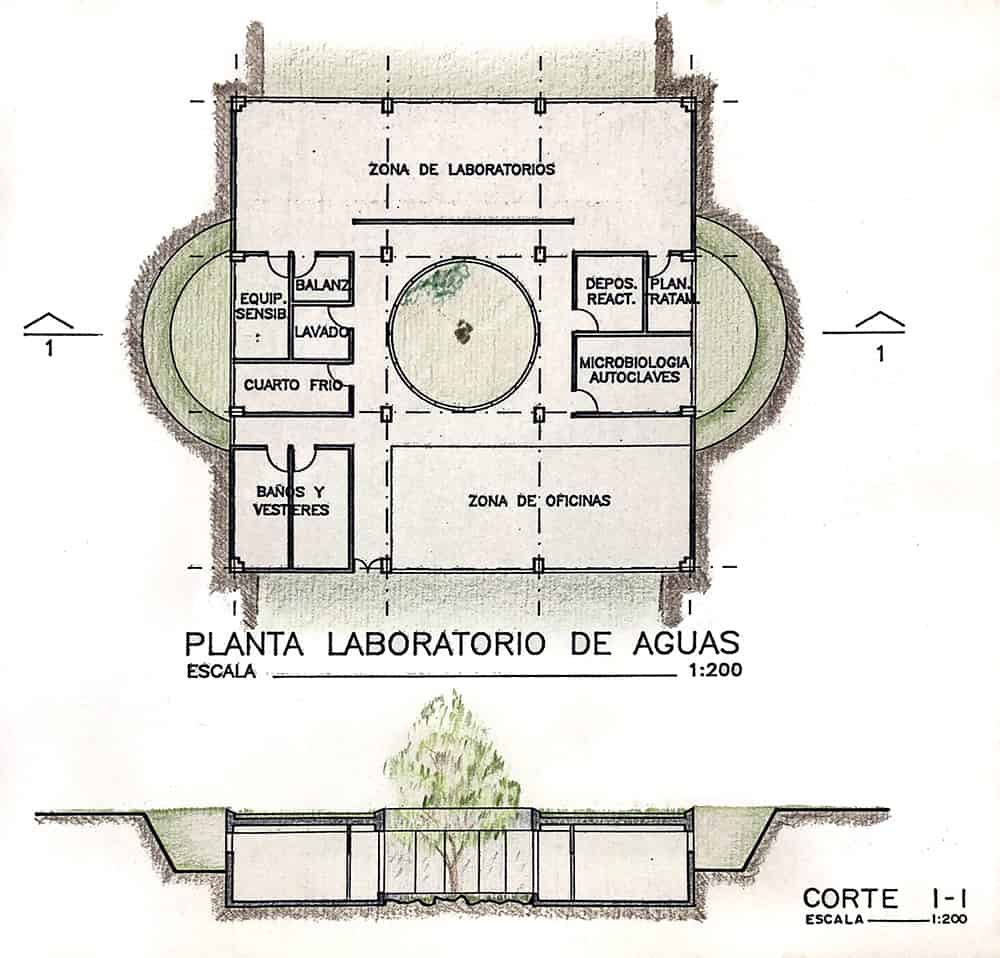 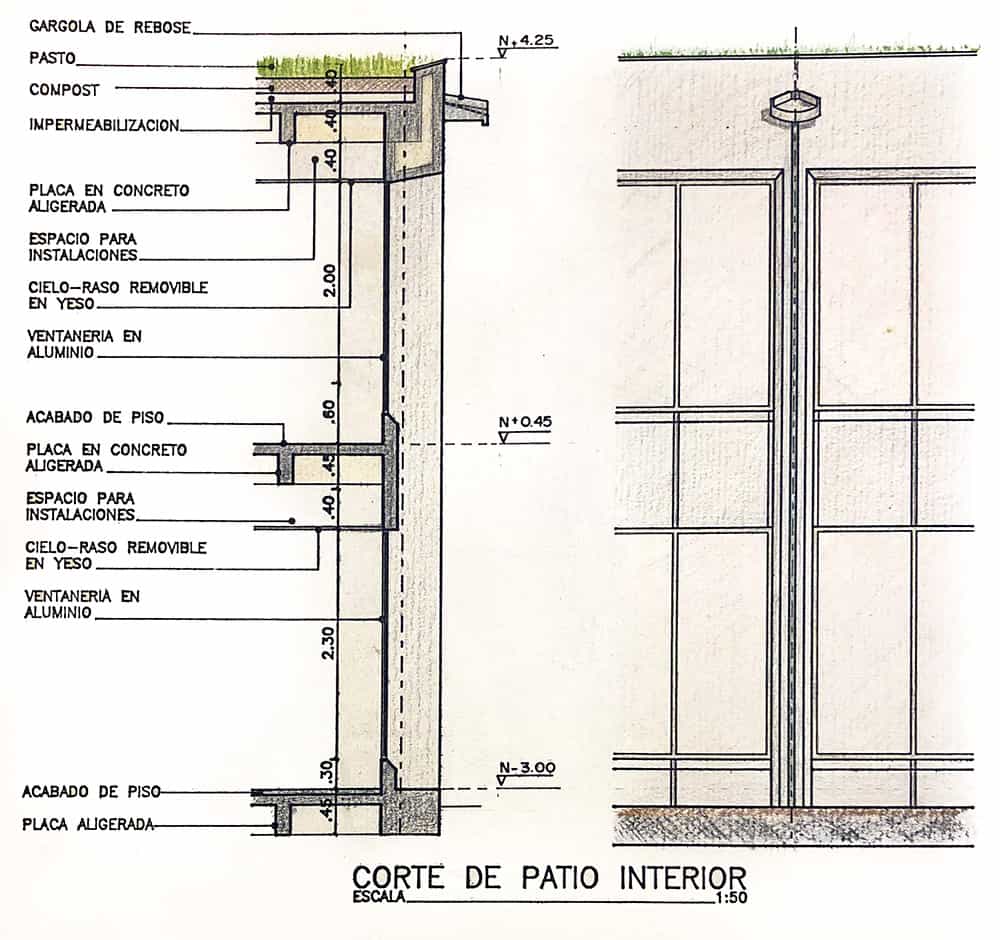 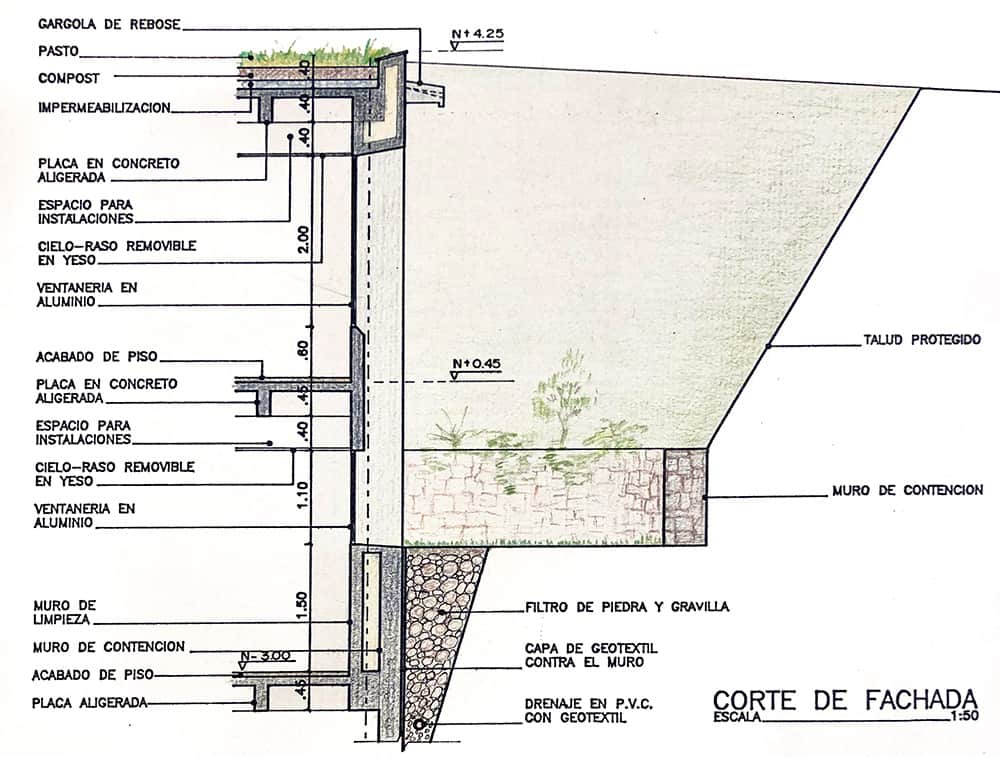 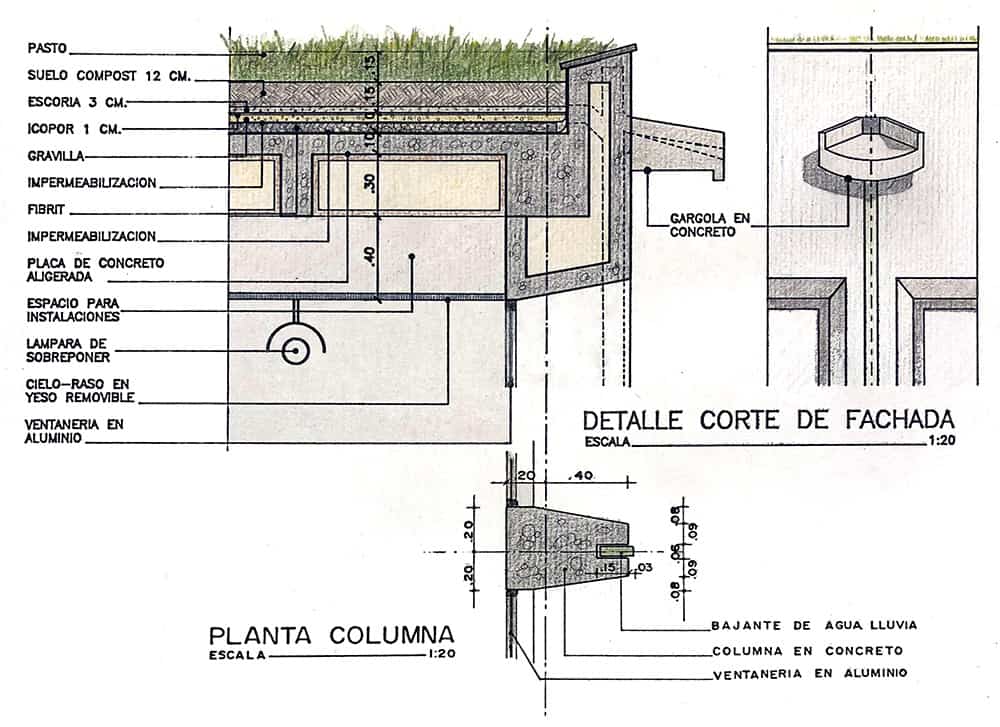 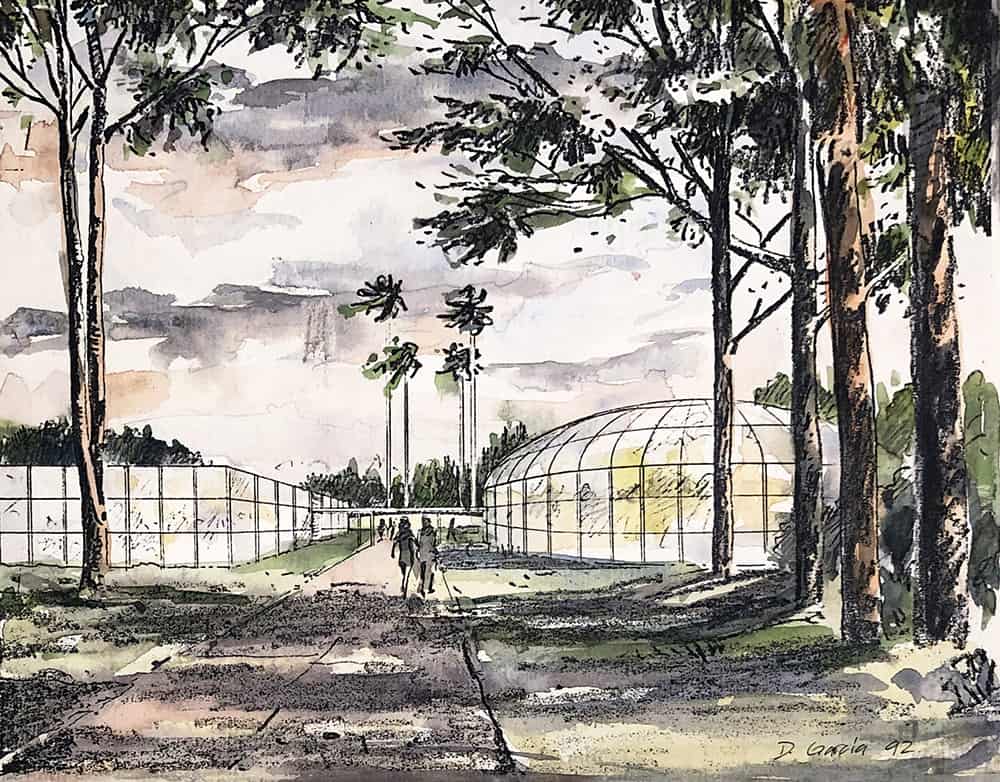 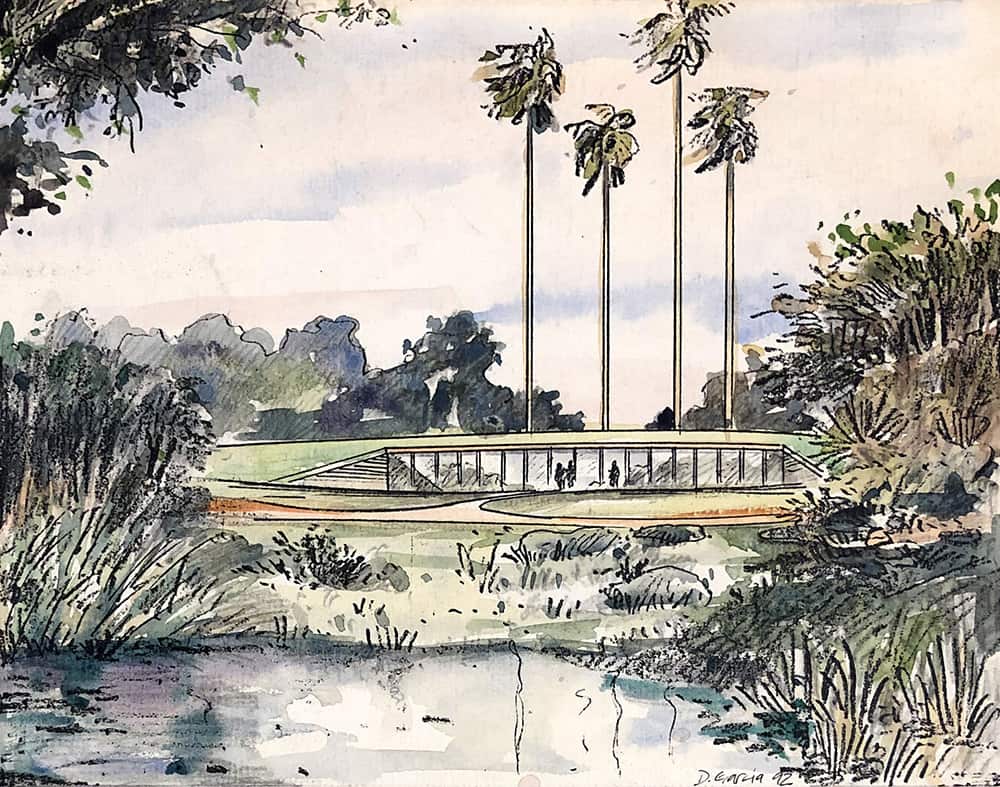 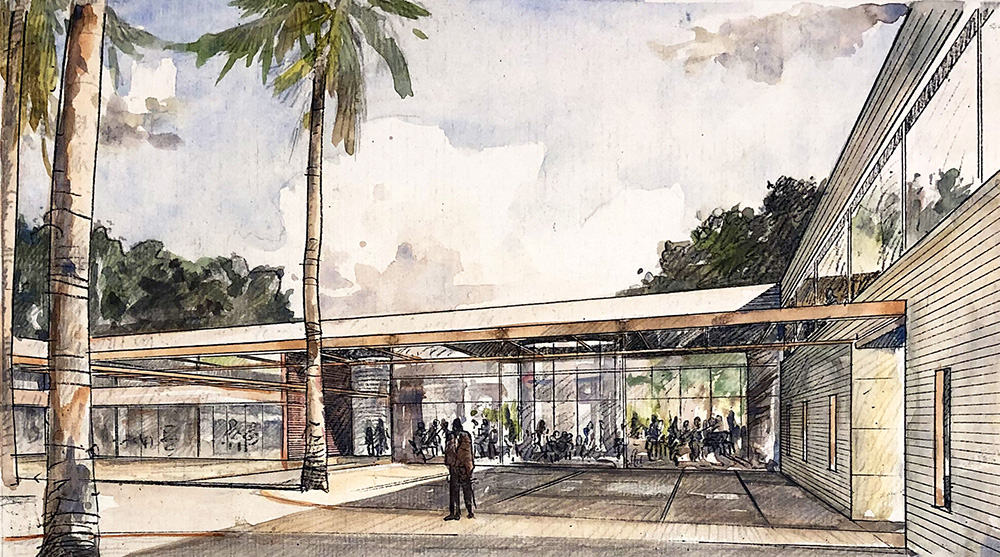 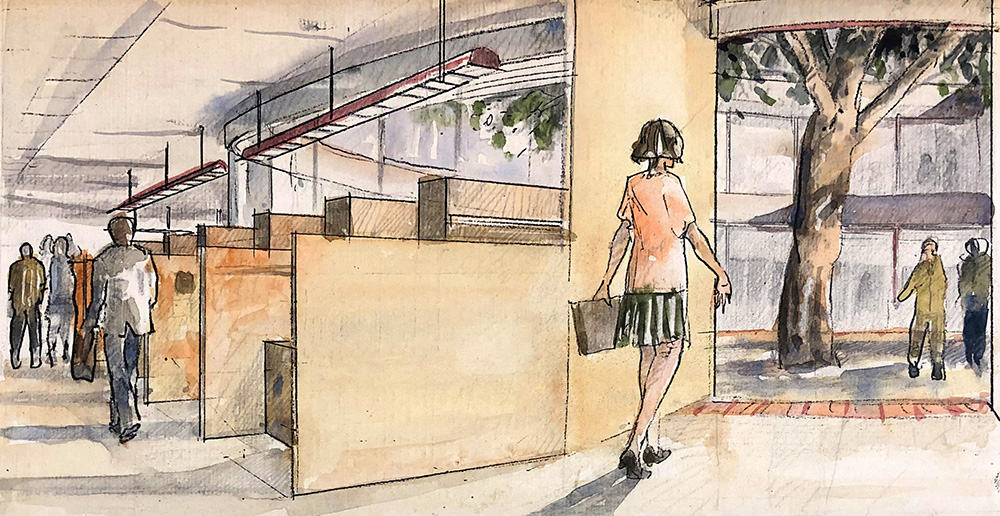 The Corporación Autónoma Regional (CAR) is the entity responsible for implementing the policies established by the Colombian government in matters of the environment, as well as for planning and executing projects of conservation and recovery of renewable natural resources. In 1992, the CAR organized a private architectural competition for the design of its new headquarters to be located on a site in Bogotá´s periphery that benefited from the characteristic landscape of the Sabana, a unique system of natural lakes and wetlands that constitutes a sanctuary of flora and fauna for the region. The savanna of Bogotá is now seriously threatened by uncontrolled urban expansion throughout the area and it is precisely this concern that was reflected in the project. From a distant “1:2000” view the architect, through the study of old aerial photographs, was able to reconstruct this wetland ecosystem that has been drying up over the years and which, by means of a network of water streams, connected the site with the Chucua de La Florida, a marshy area in the direct vicinity of the Bogotá River. The reconstruction of this landscape, through the implementation of a water management plan, became the fundamental axis of the proposal. It included the design of an ecological semi-interred office building with a green roof, various greenhouse structures, as well as differentiated circulation routes for vehicles and pedestrians. The impact of the project is well perceived through the elaborate perspective drawings.