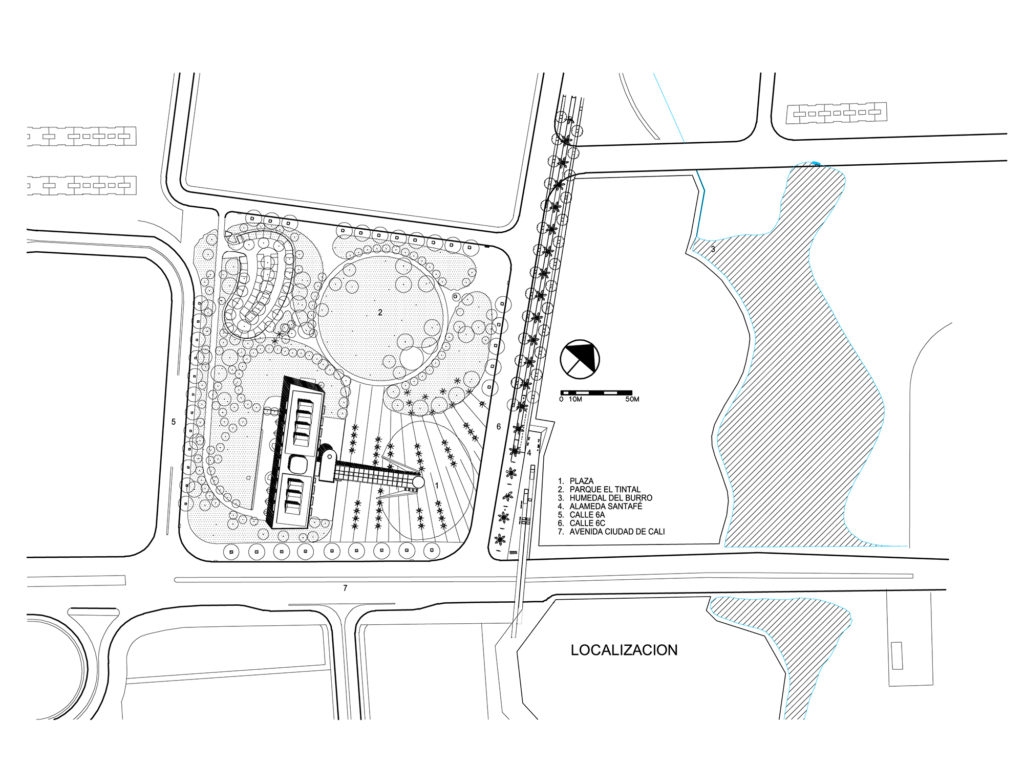 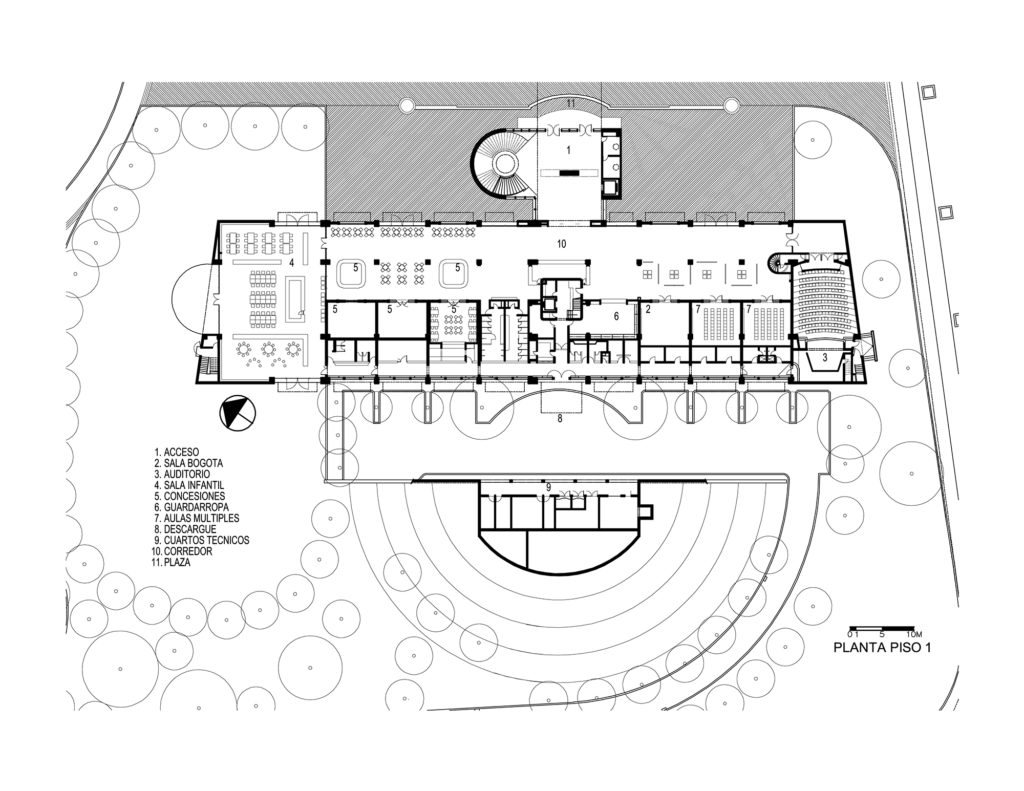 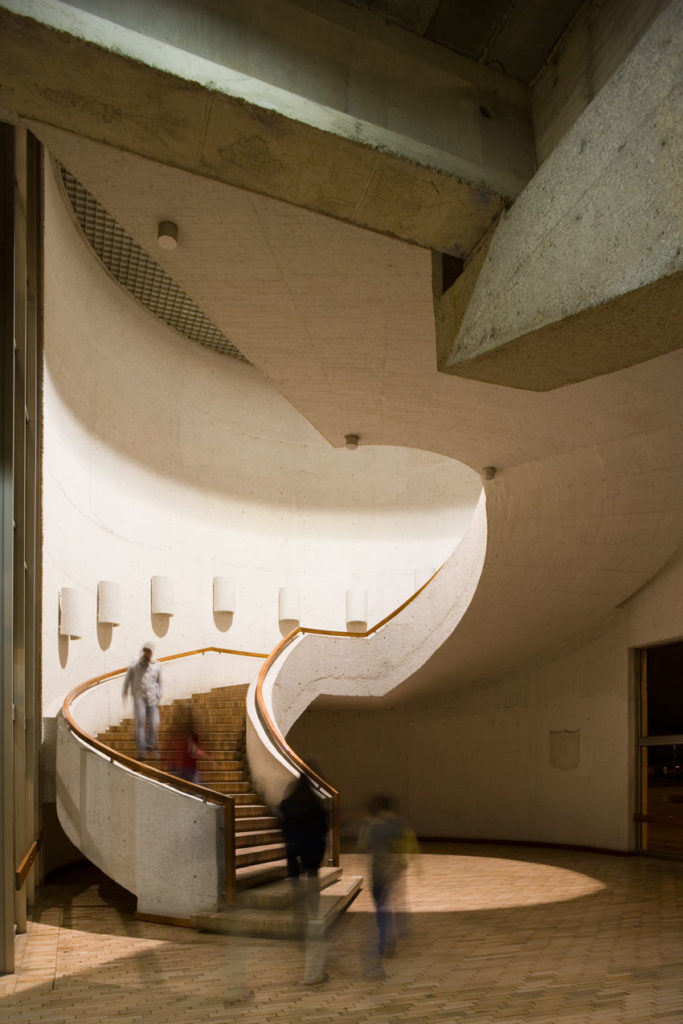 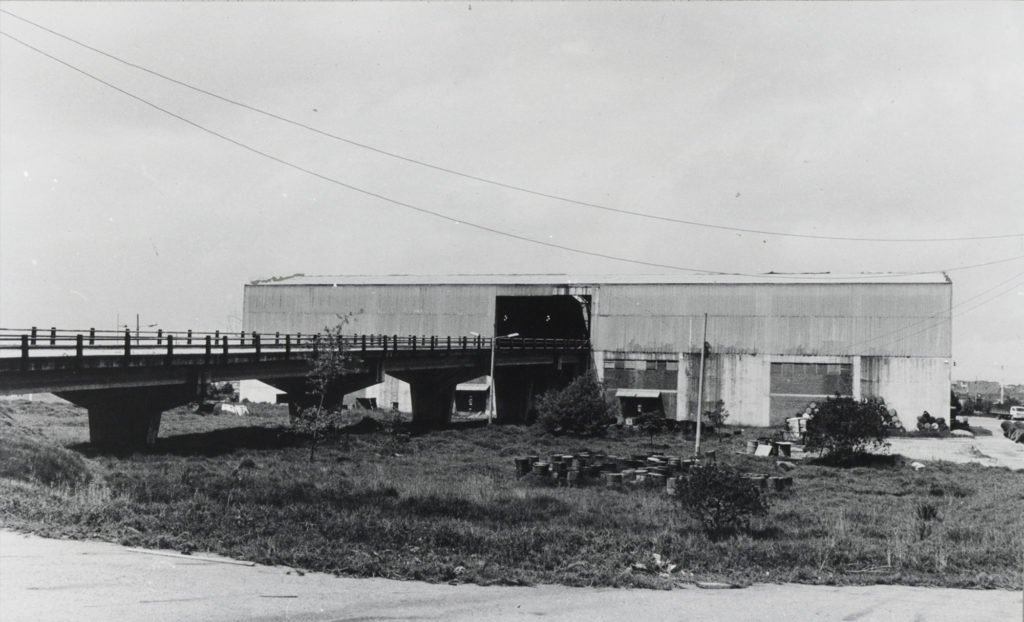 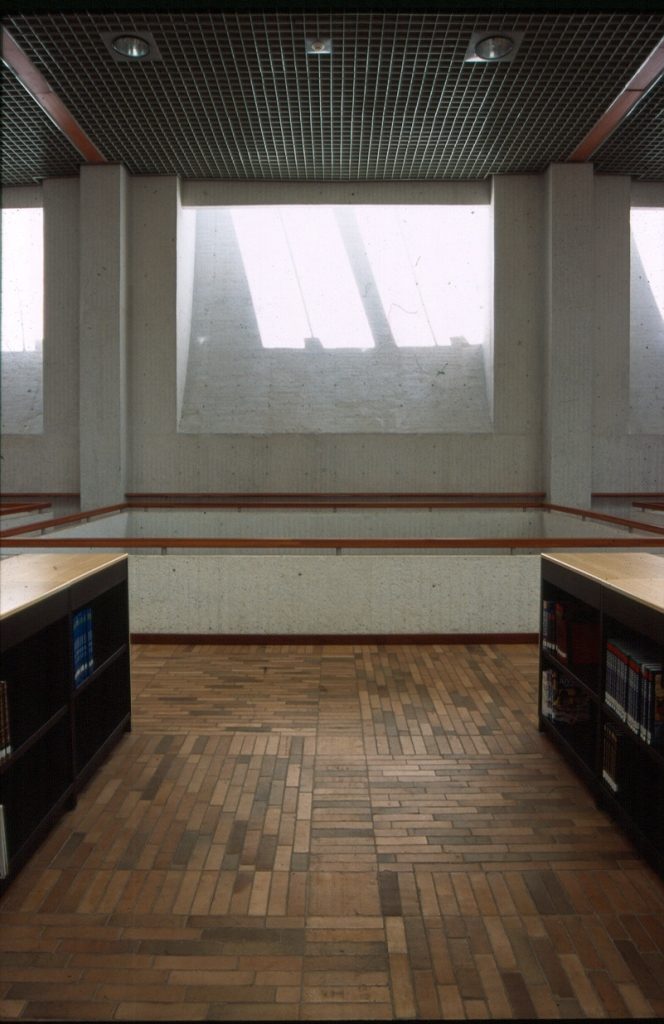 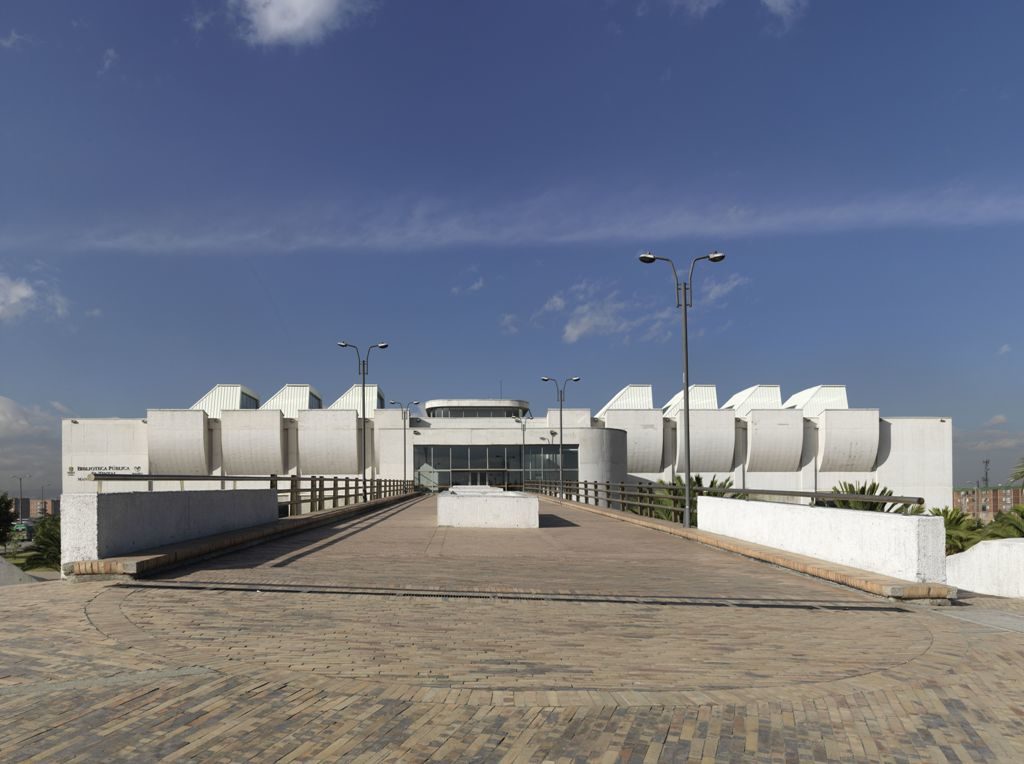 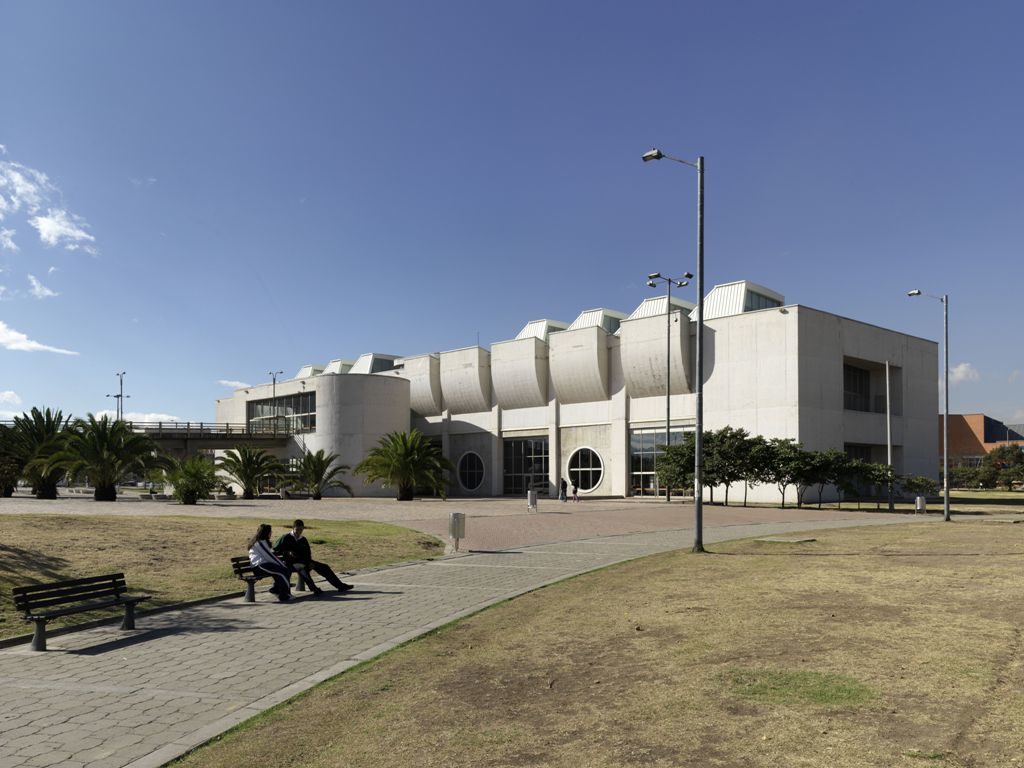 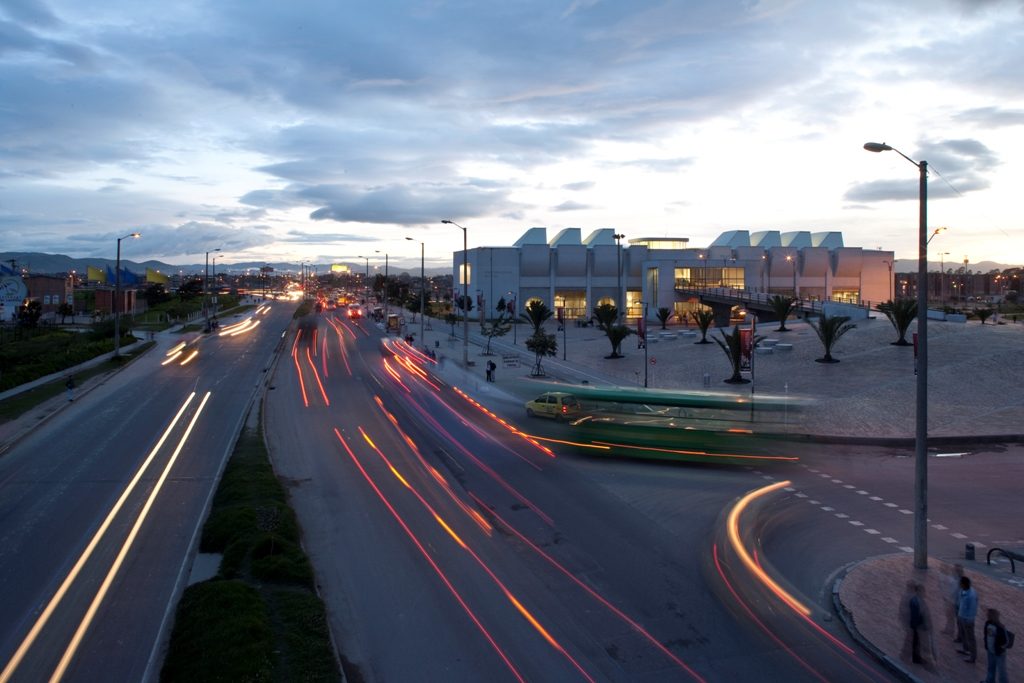 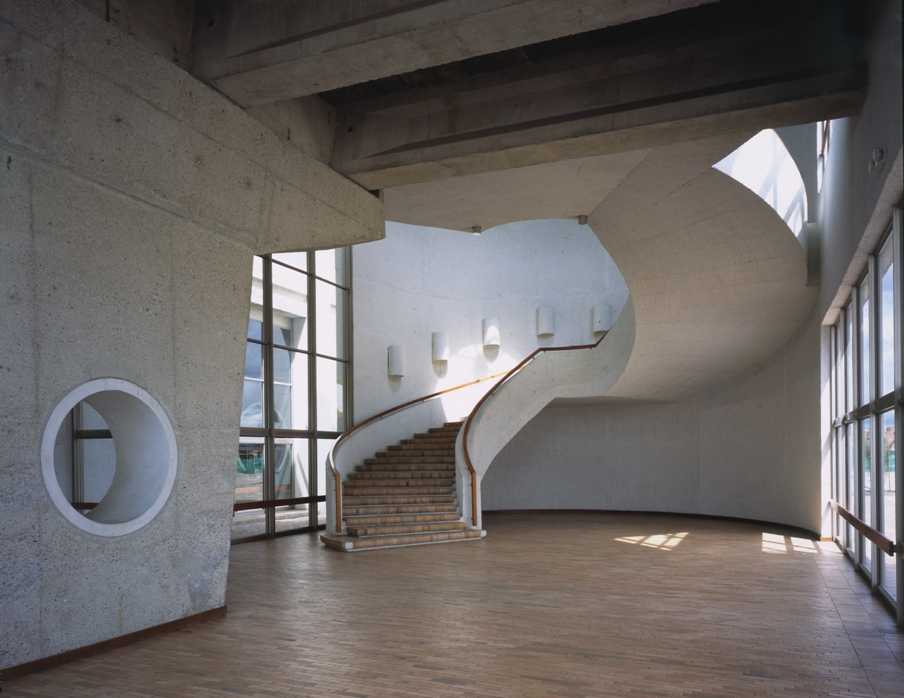 The public library ‘El Tintal’ results from the reuse of an abandoned waste management plant, transforming its 5 hectare plot on the Avenida Ciudad de Cali with Calle 6 into a public park. The conserved structure was an industrial bay of 25 meters wide and 72 meters long, with a total area of 3.600 mt2, located on two levels of considerable height. Its solid concrete structure of large spans could be conserved and adapted to the new use, exploiting its robust and industrial character.

A 75 meter long ramp leading up to the second level, which served for the unloading of the waste trucks, was converted into a mediating element between the library and the park and now marks the entries to both floors.

On the upper floor, a monumental reading room is created, 7 meters high and crowned by seven gigantic skylights that, oriented to north, receive maximum natural lighting without capturing direct sunlight. A sequence of lateral light pockets are added to the space, further optimizing lighting comfort, as well as two panoramic windows that frame the most notable parts of the distant landscape: Bogotá´s sabana and its eastern mountains. Given that technical installations and services are resolved inside the centrally located circulation core, the plan is completely open, assuring absolute flexibility, as well as an impressive visual and spatial clarity.

The ground floor level is organized around a generous hallway, lit by a sequence of alternating rectangular and circular windows. It connects all of the libraries dependencies, including the children´s library at one end and an auditorium at the other. Maintaining the original voids, there is a mezzanine that accommodates offices, audio and video libraries. The technical areas are located outside the main volume, directly adjacent to the central circulation and cabling core, obtaining maximum efficiency. The grey concrete of the original structure is conserved, whereas the new structural and architectural elements are cast in white concrete and subsequently bush-hammered to highlight the texture of the concrete´s limestone aggregate, on which light is reflected with great intensity.