Bogotá, 2010 |Competed | 650 mt² |Renovation and extension of the Economics library of the Universidad de Los Andes. 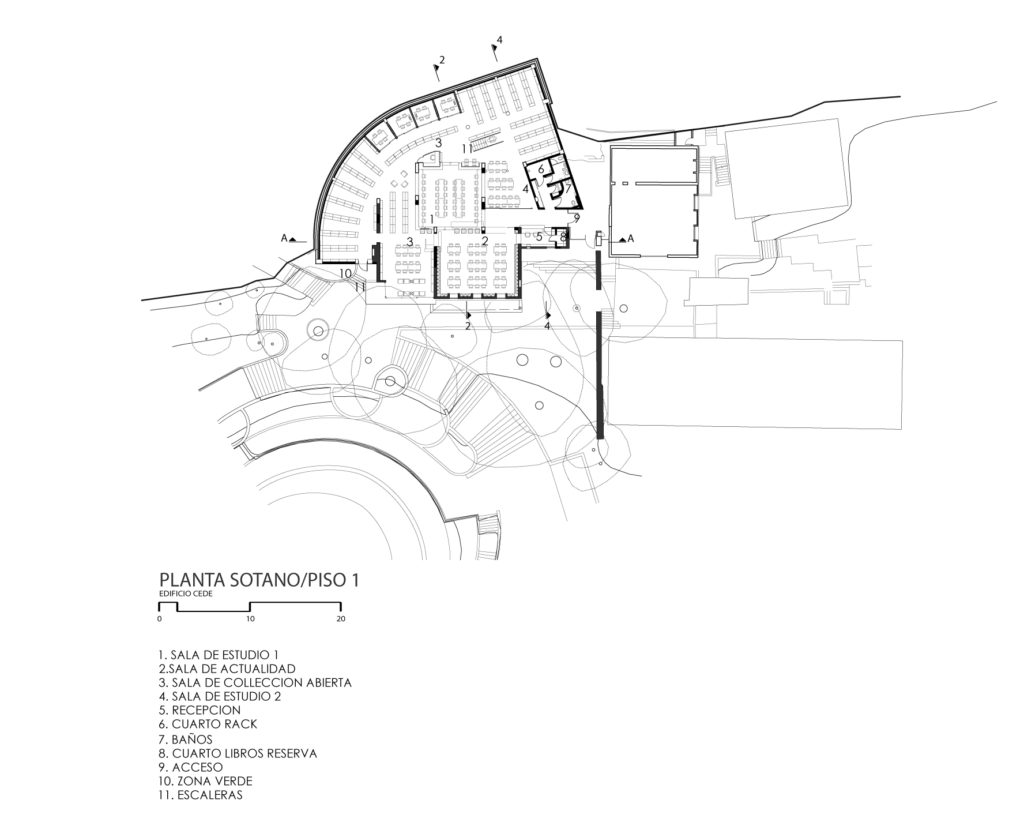 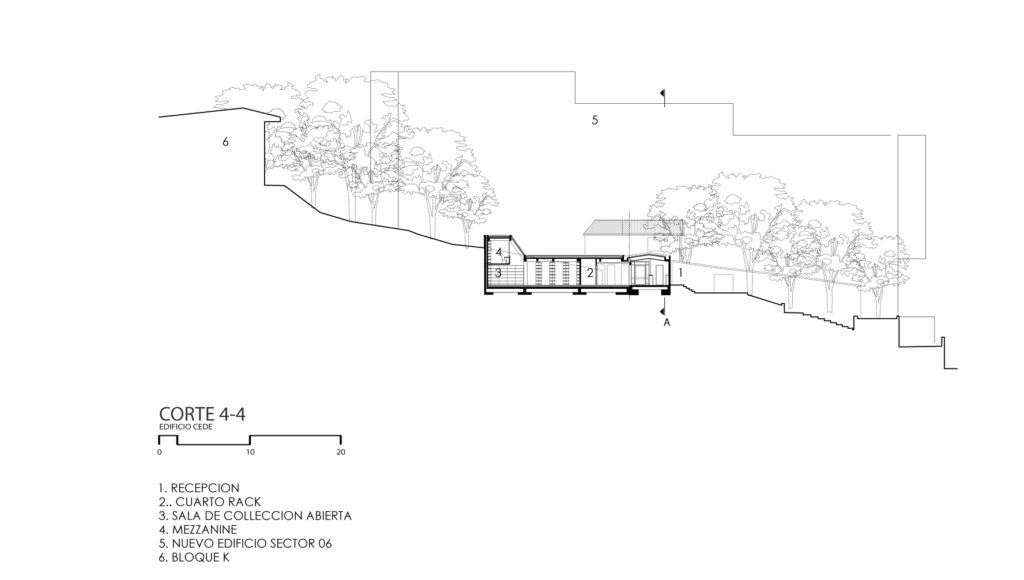 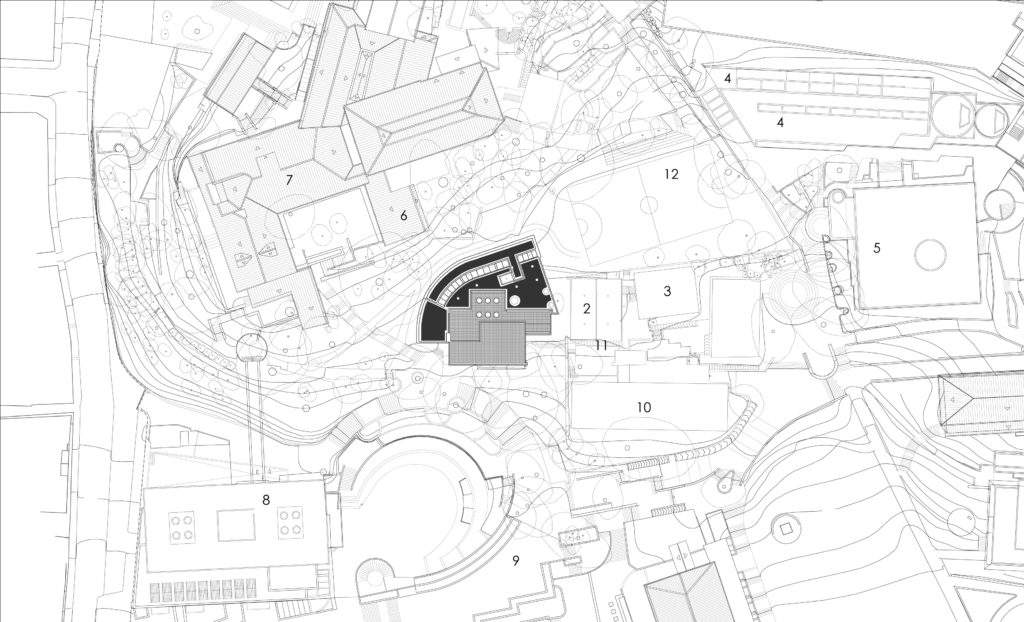 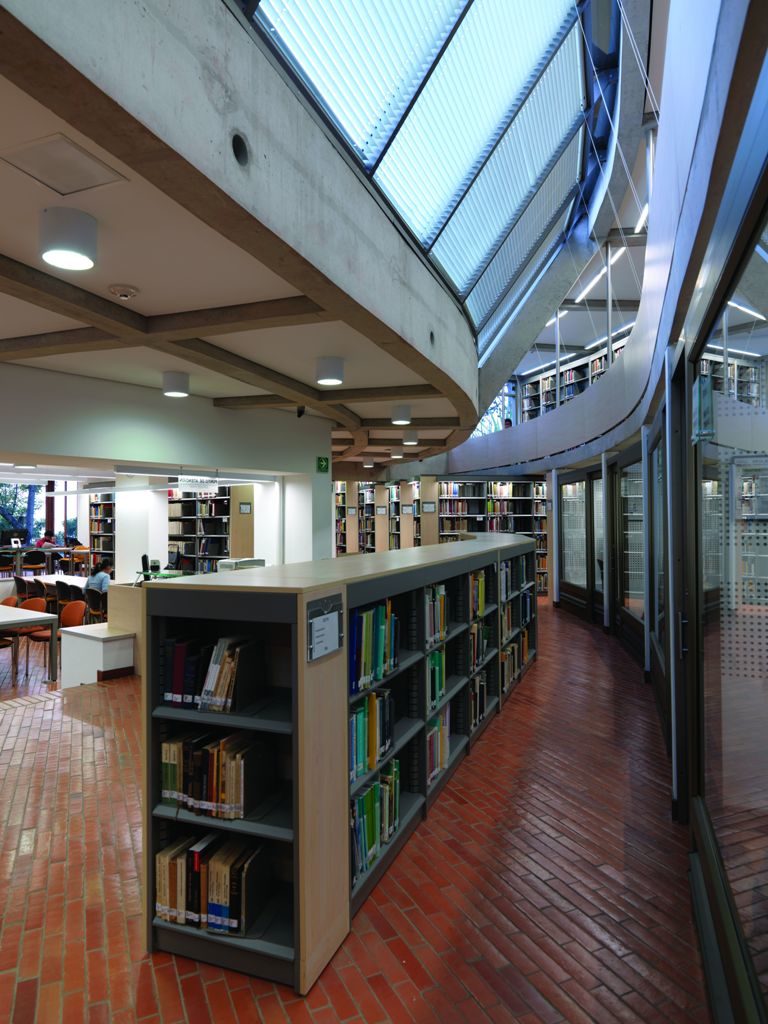 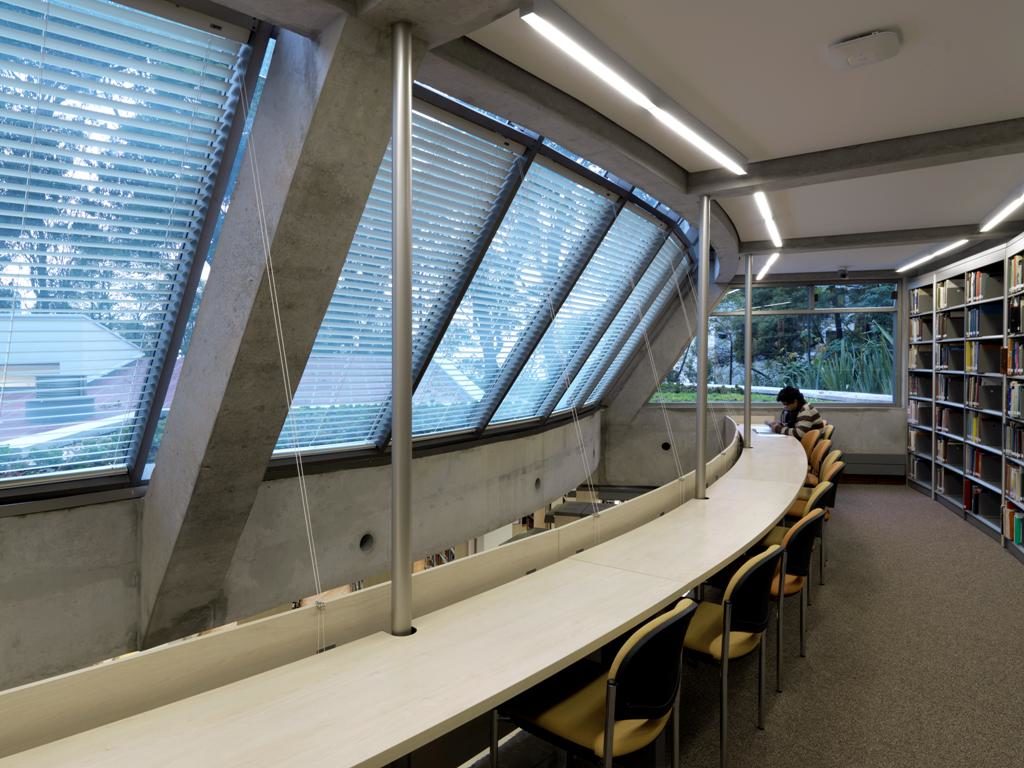 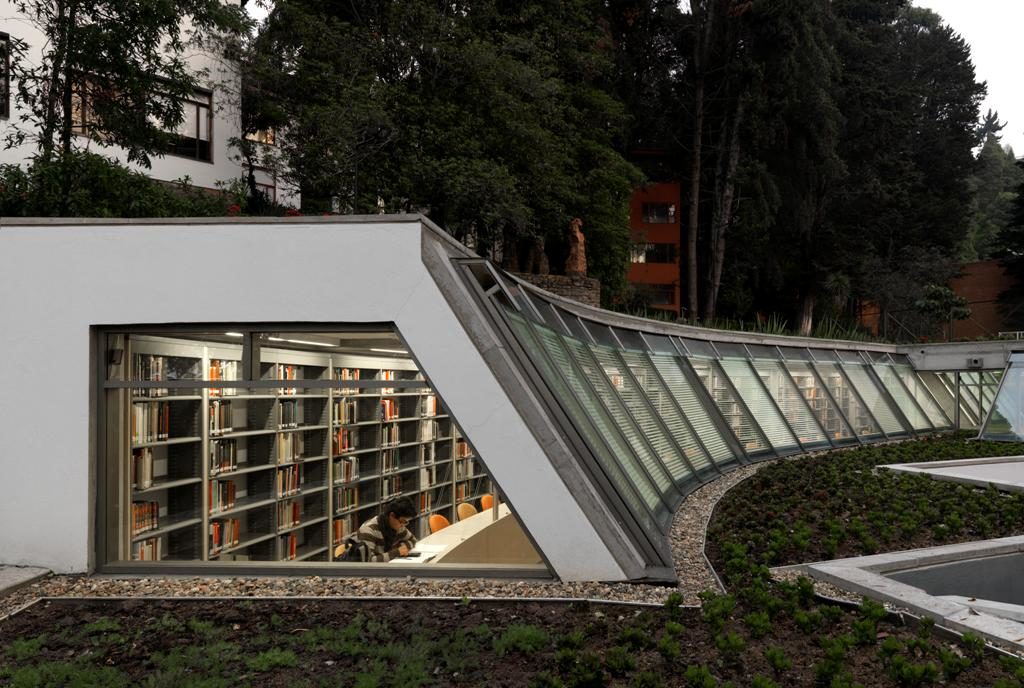 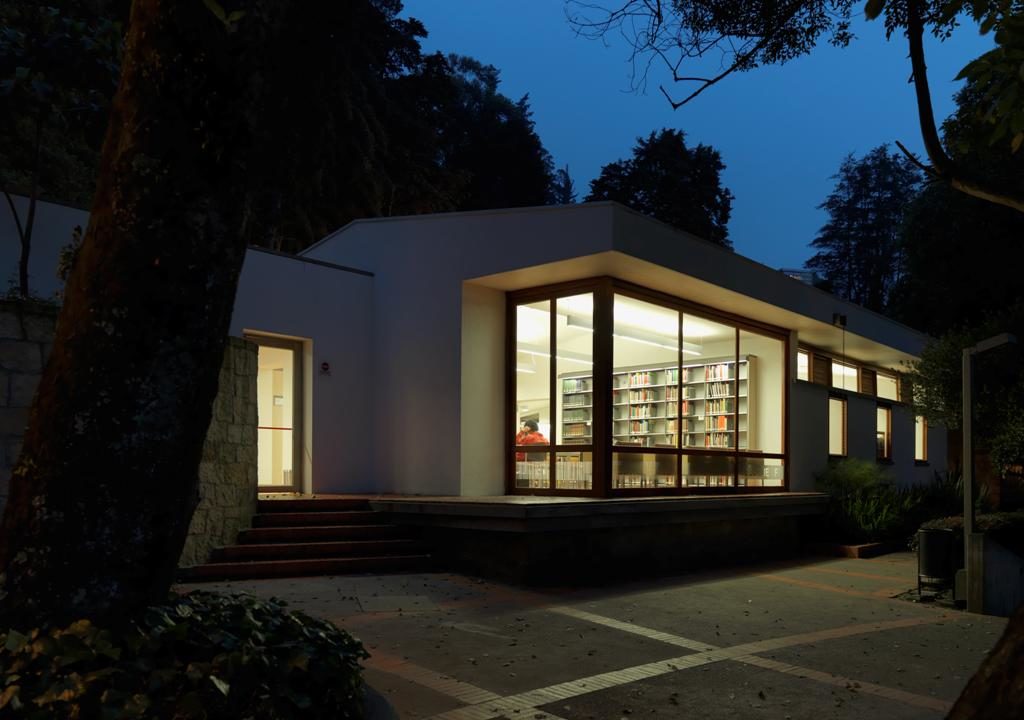 The original building, designed by the architect Alec Bright and representative of a specific period in Colombian residential architecture, had become too small to accommodate the growing library of the Centro de Estudios sobre Desarrollo Económico (CEDE) founded as part of the Faculty of Economics of the Universidad de Los Andes.

This small project is of particular interest in the trajectory of Bermúdez Arquitectos, as it reveals, once more, the concern for architecture to fuse with and complement its surroundings. Not parting from a ´museistic´ or conservationist stance but, on the contrary, with the clear objective to provide existing structures with new qualities that allow them to continue to serve their purpose in accordance with the needs of the moment. This a delicate process, in which the proper characteristics of the building and its context should be respected and reconciled with new spatial, structural or environmental requirements, in order to assure its adaptation to the new function and thereby assure its conservation. It is an important turning point with respect to the discourse of modern architecture, which in its moment became increasingly charged with reactionary sentiment against any manifestation of formal conservatism. As a consequence, the famous problem arose of the natural impossibility of integrating modern architecture in historical contexts, as its very justification had become to present itself as a counterpoint to them. In contrast, Bermúdez´ position is antagonistic and his work results to be highly effective when it comes to intervening in consolidated urban environments, such as the campus of the Universidad de Los Andes. The consistent application of technical, functional and contextual considerations during the design process corroborates this rational and pragmatic attitude.

With the determination to conserve the existing building, it was decided to leave its exterior appearance unaltered, adding a semicircular, partially interred volume on the north side to contain the library collection. It features an open shelve system, a mezzanine, and zenithal illumination. The green roof successfully mitigates the impact of the extension on its surroundings and at the same time attains a unity with the existing spaces.