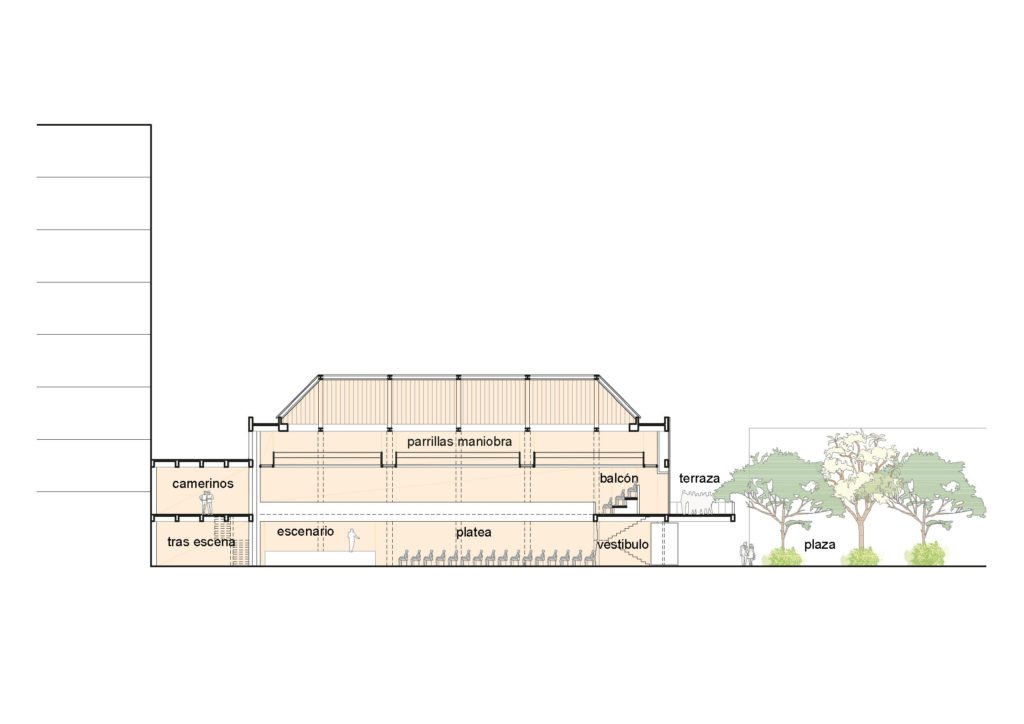 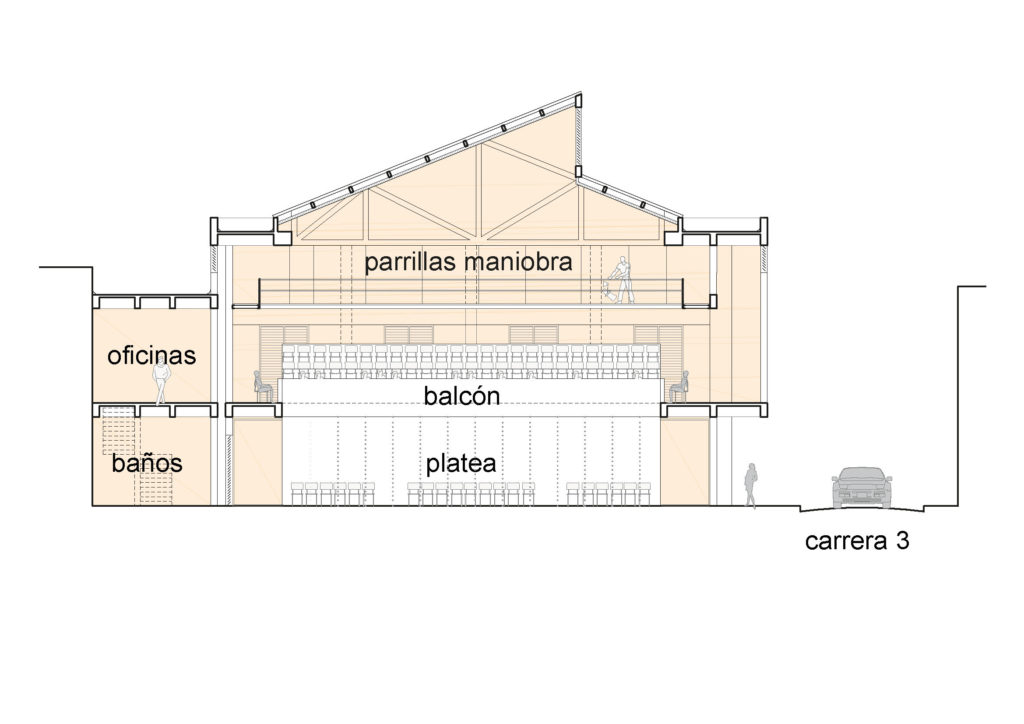 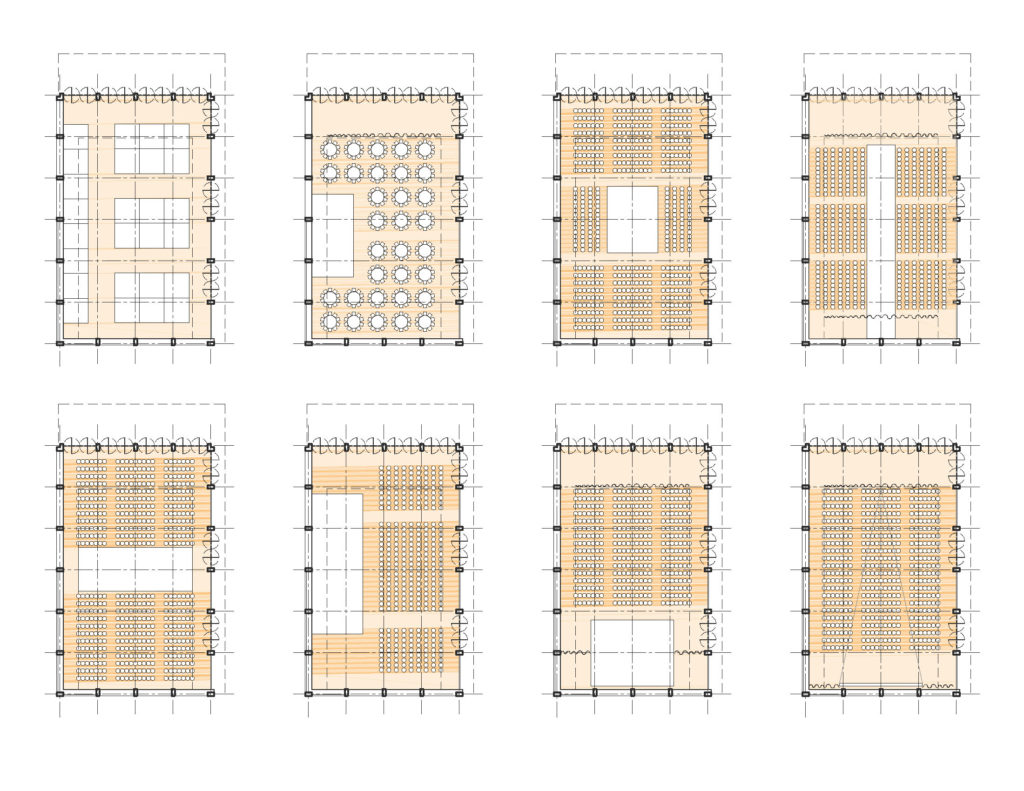 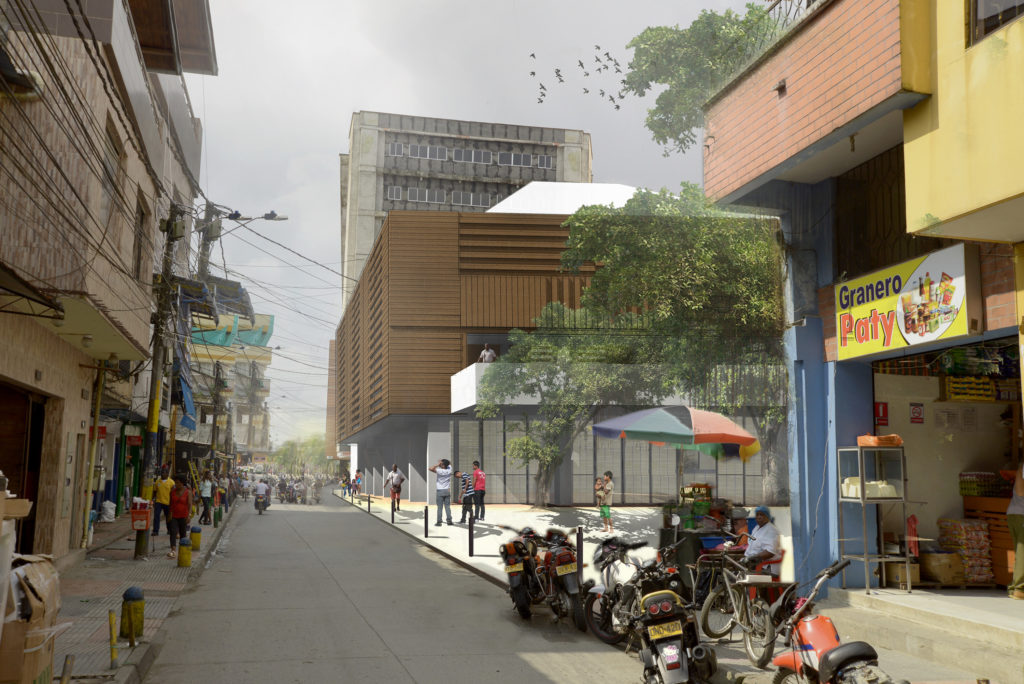 The project resulted from a philanthropic initiative by a national news radio station and the Colombian Ministry of Culture to revive the Municipal Theater of Quibdó, abandoned and in ruins since several decades. The closed competition that was organized, promoted an ambitious program for a very complex theater, including all the elements of a first class facility on a small, narrow site. From a technical and urbanistic point of view, the outcome would inevitably result forced and voluminous. The mere fact of accommodating a classical theater on the available plot, would demand a highly complex vertical transport system to attend the public, technical staff and stage equipment, noting that in Quibdó not a single functioning elevator can be found today. On the other hand, the titanic initiative seemed implausible for the context of Quibdó. A place of extreme temperatures, high relative humidity and continual rainfall, combined with a context of social and political instability. The various ruins of the city´s public institutions stand witness to this reality. It led us to rethink the project´s formulated objective.

Instead of a sloped-floor auditorium, with little flexibility and high complexity in terms of stage equipment and climate control, we proposed a multifunctional flat floor theater with added parterre and balconies, offering the possibility to stage a variety of cultural, commercial and political events. The project features rigging systems throughout the hall, enabling all types of layouts and setups, a balcony with retractable seating, fully equipped dressing rooms and administrative areas.

We also proposed to improve the theater´s relation to the city, introducing a small square in front of the building facing a pedestrian street, for which the adjoining lot with a commercial function should be acquired. In this way, the theater establishes a visual relation with the back side of Quibdó´s town hall, a building of 1930´s civil architecture worth highlighting.