Cali, Colombia, 2018 | Public competition, Final round 670.000 m2 | Urban, landscape and ecological Master Plan for the urban corridor Río Calí, between Calle 25 and the flow into the Río Cauca. 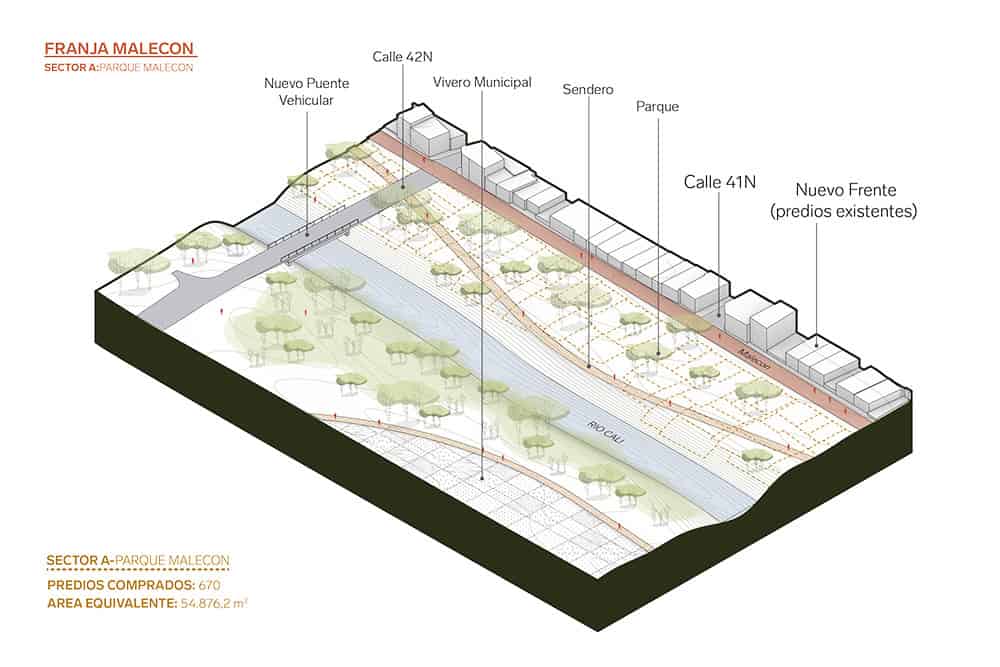 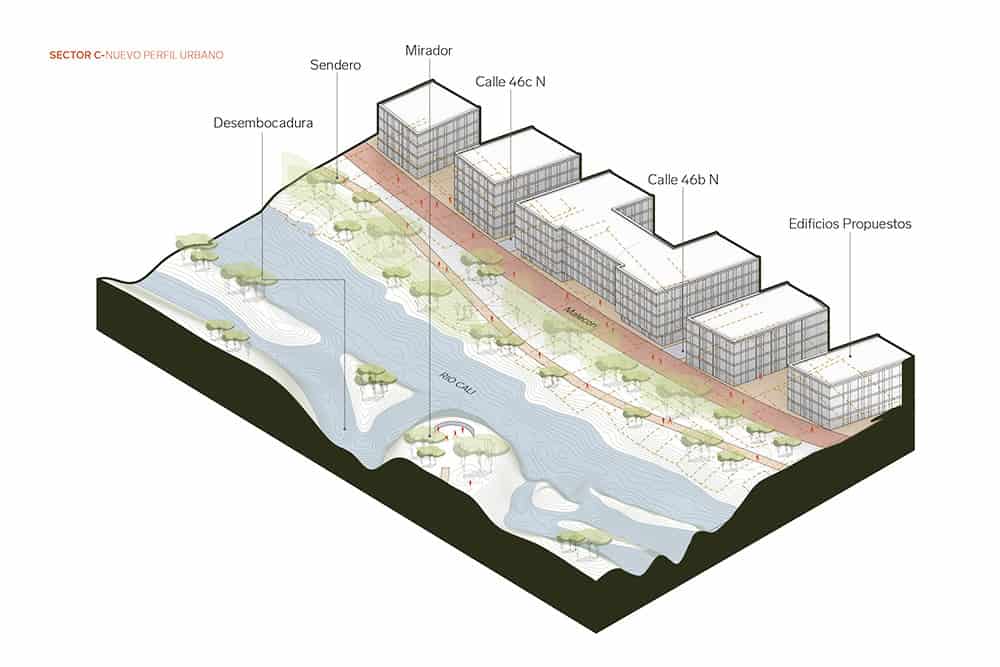 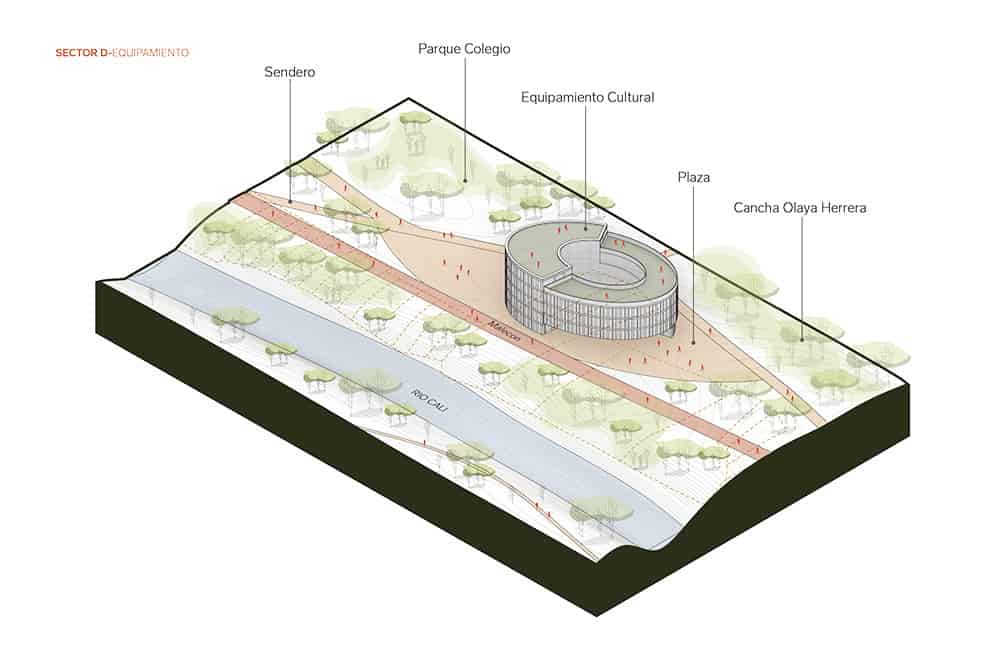 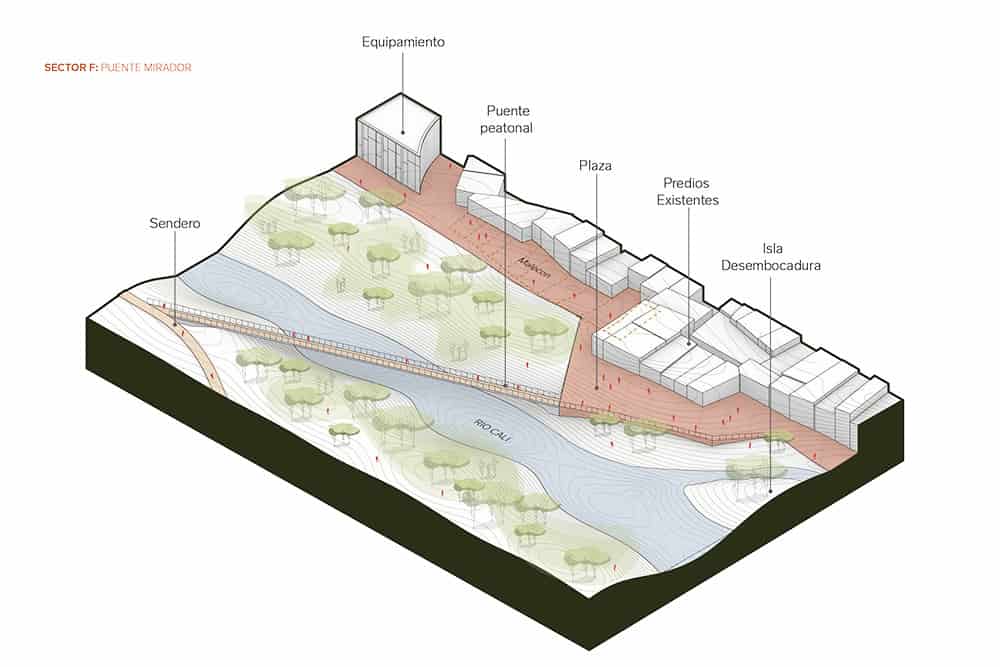 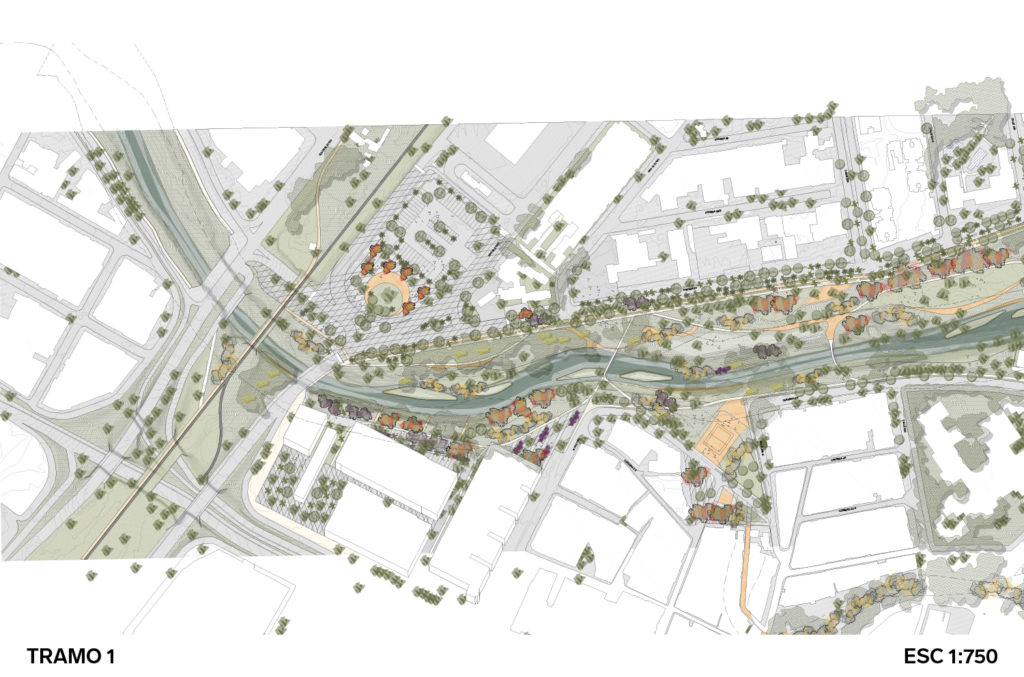 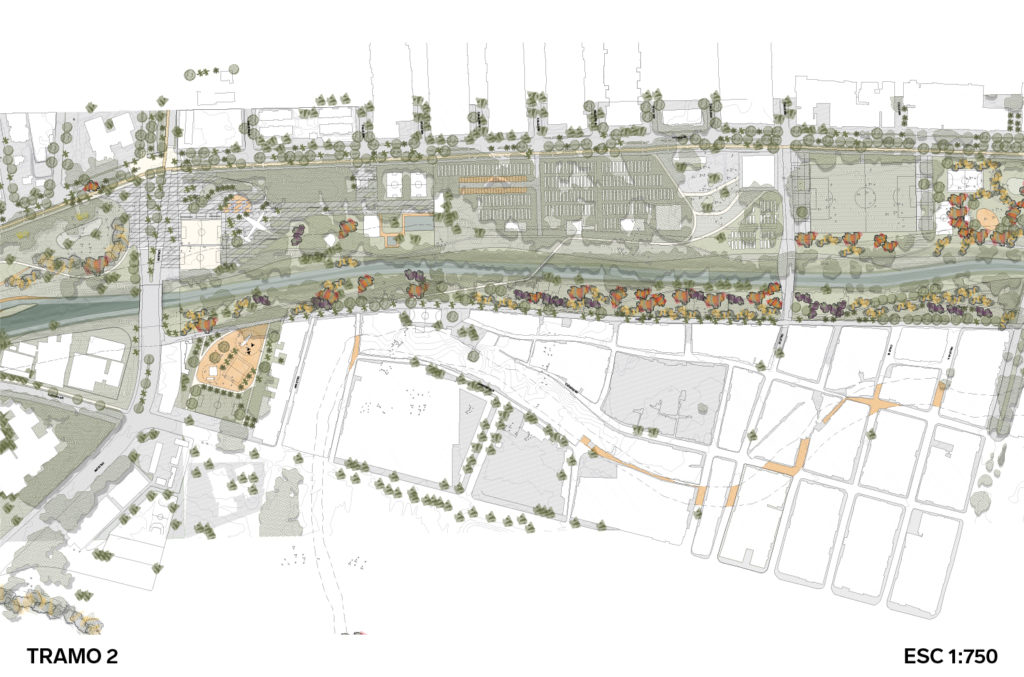 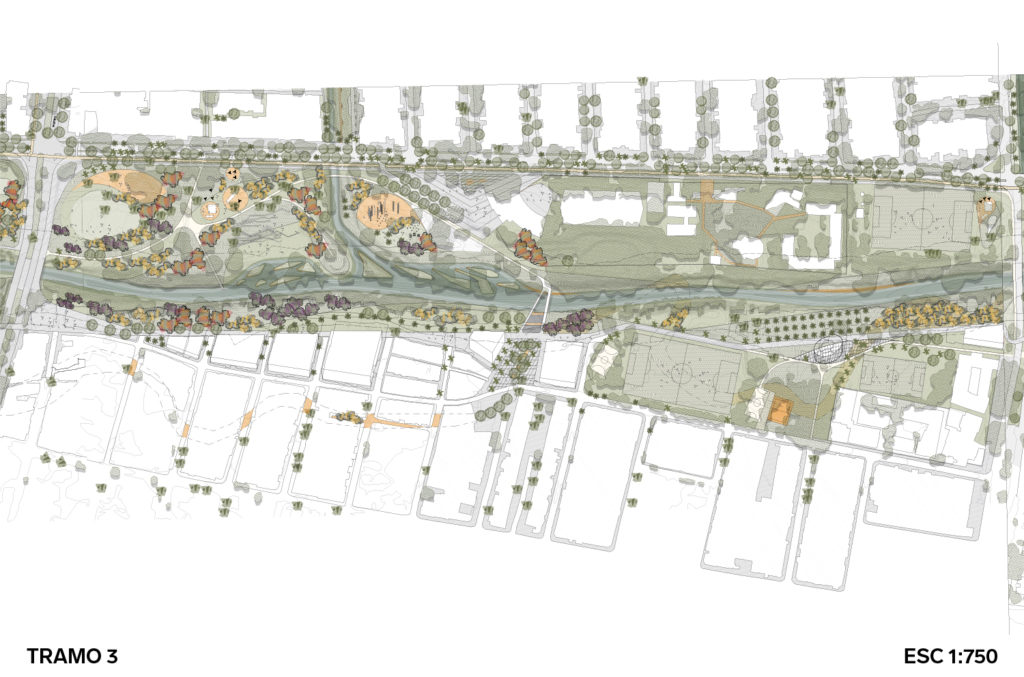 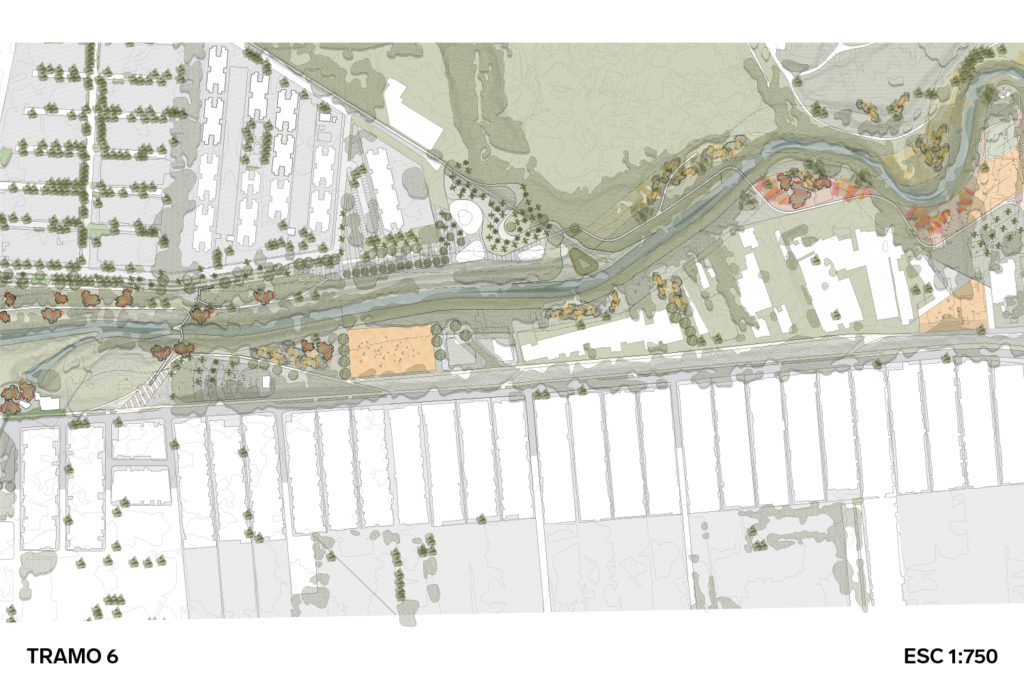 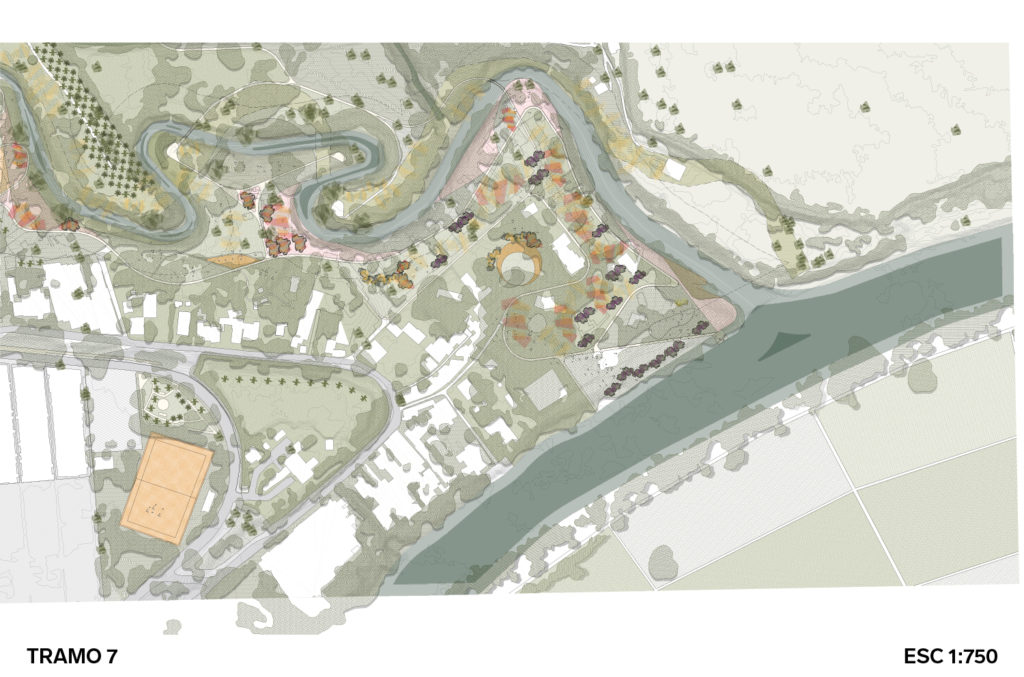 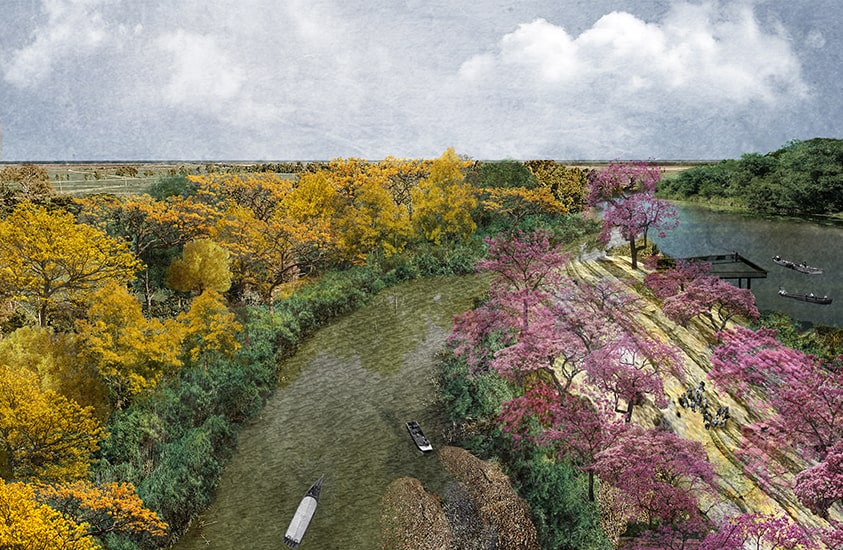 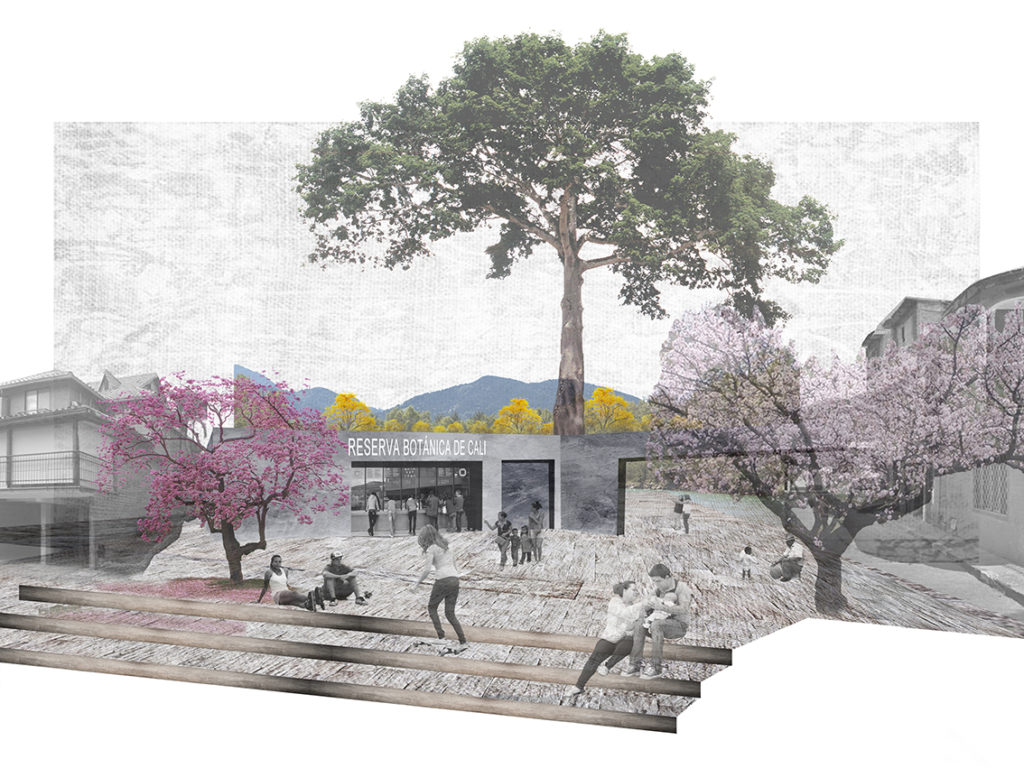 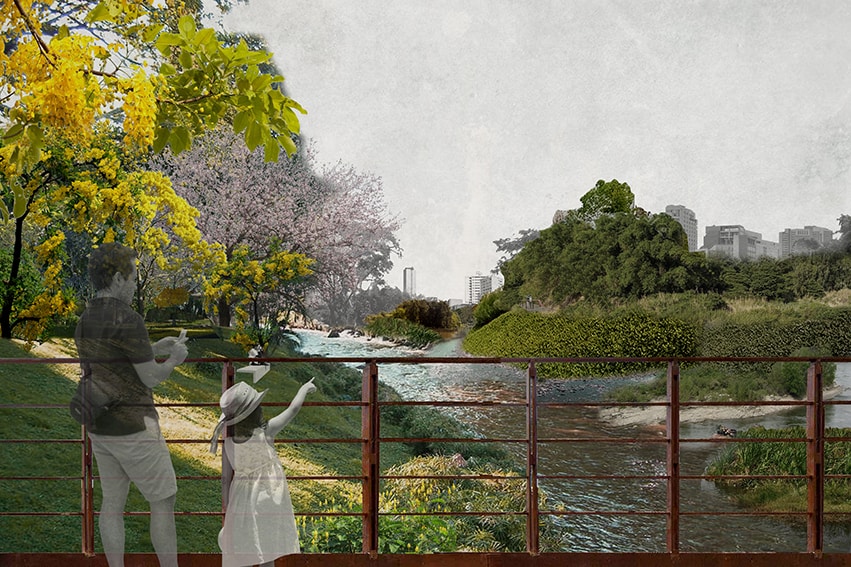 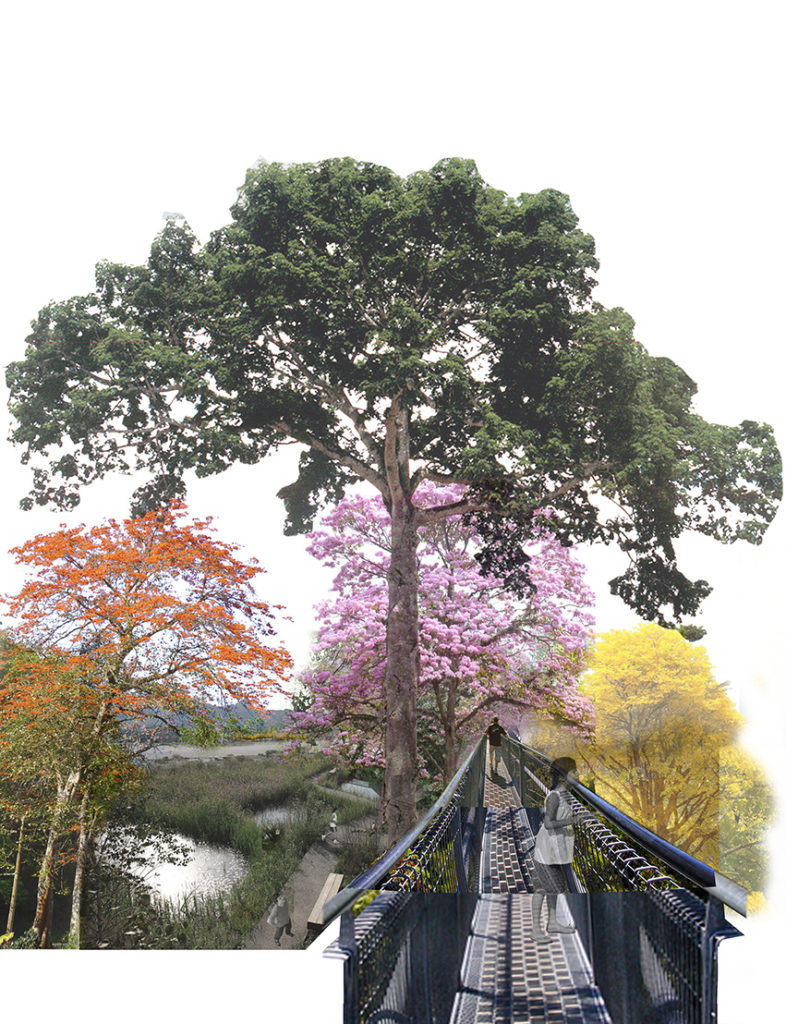 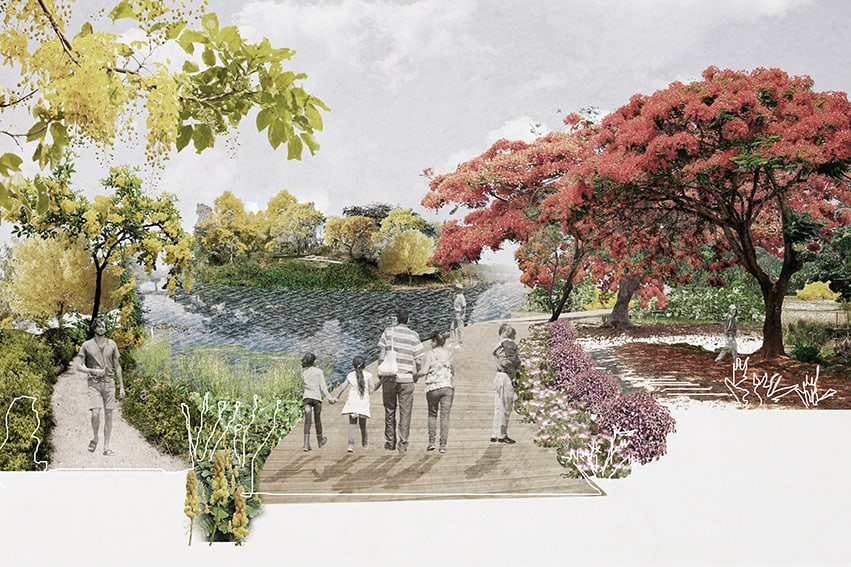 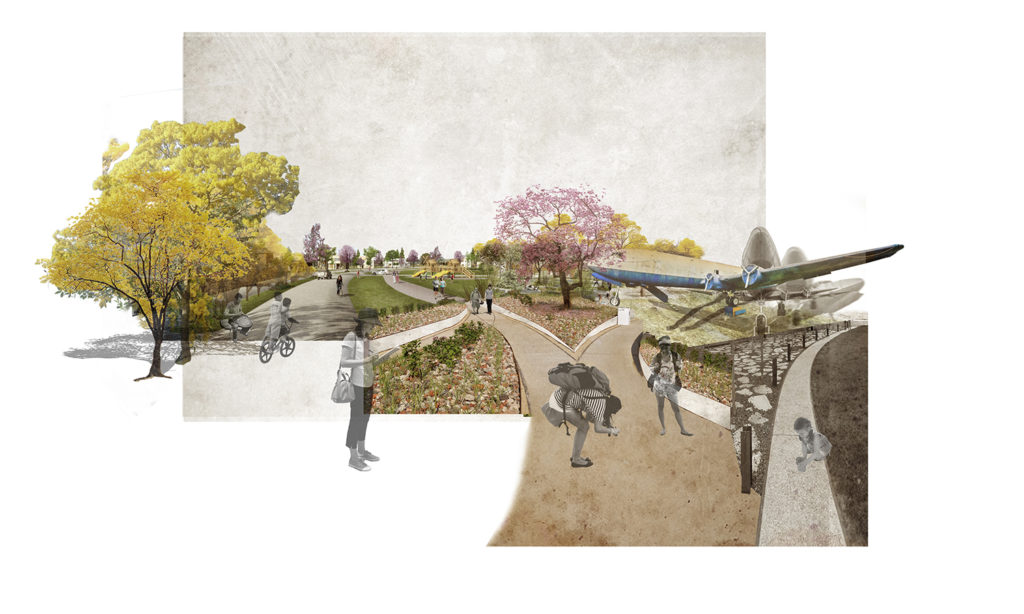 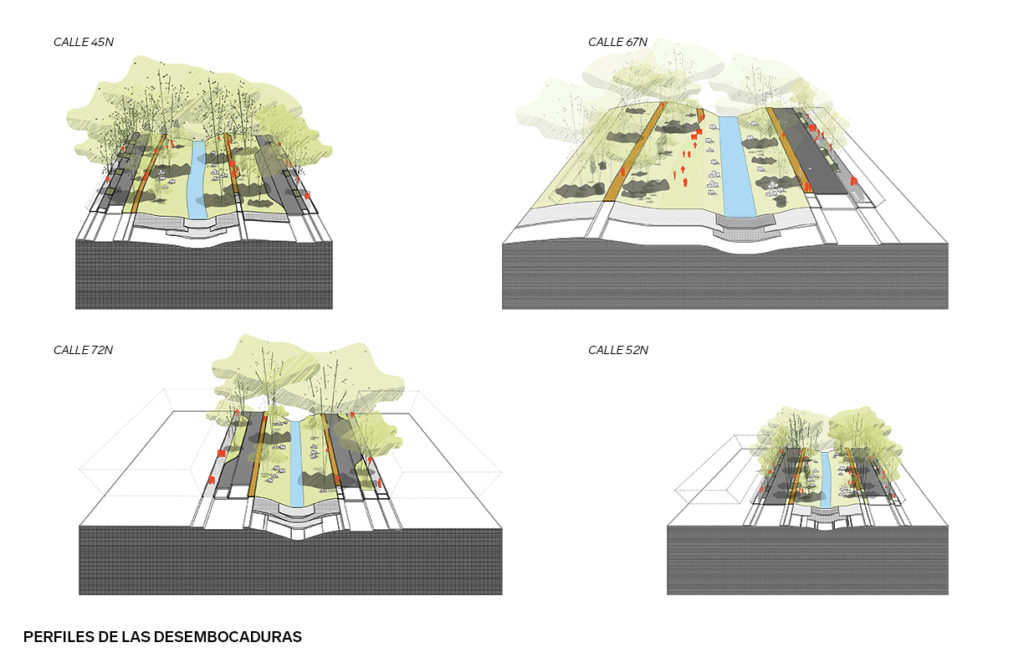 The Cali River originates in the Alto del Buey, in the Farrallones de Cali outcrops, as part of the ecological region of Bosques Montanos of the Valle del Cauca, and it discharges 50 km ahead into the Cauca River, located in the dry tropical forest ecoregion of the Valle del Cauca. The river latterly formed the ecological corridor between two different ecoregions, turning it into one of the most biodiverse places of the planet.

The canopy is the uppermost stratum of the forest. Here, 40% of the species reside. It is fundamental to rethink the river and its flanking territories as a new botanical city, capable of restoring the lost biodiversity, and to function as an ecological connection that not only links the Cauca River with the Fallarones, but actually constitutes an articulating corridor between the two mayor ecoregions of the Valle del Cauca.

Canopea allows for its visitors to rediscover the retrieved biodiversity in a passage that would, in its final stage, connect the Botanical garden of Cali with the new Valle del Cauca Botanical Reserve, reaching up to an area of influence of over 1500 ha. Let´s reimagine Calí as an urban hybrid: a Biodiverse Natural Reserve.