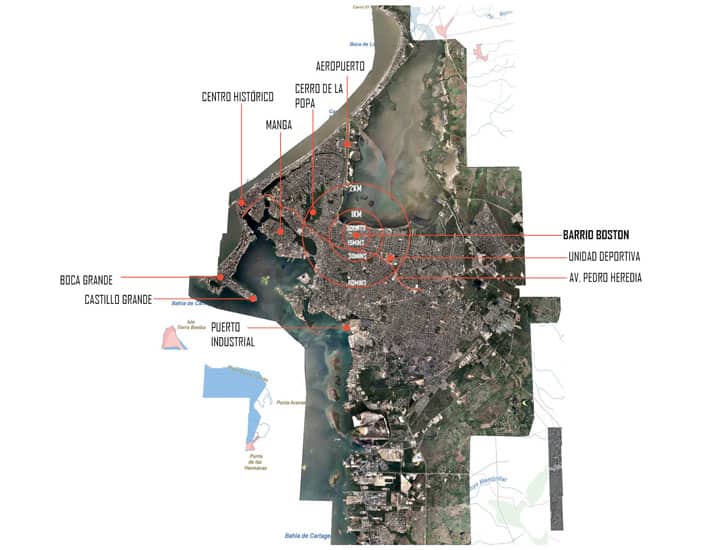 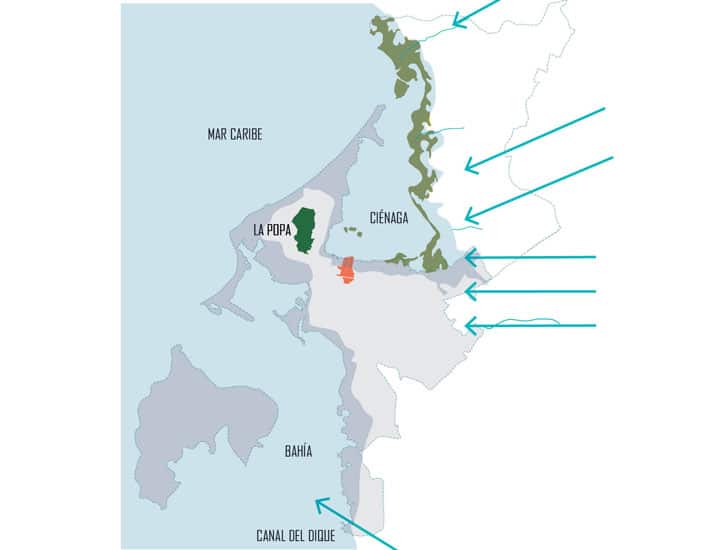 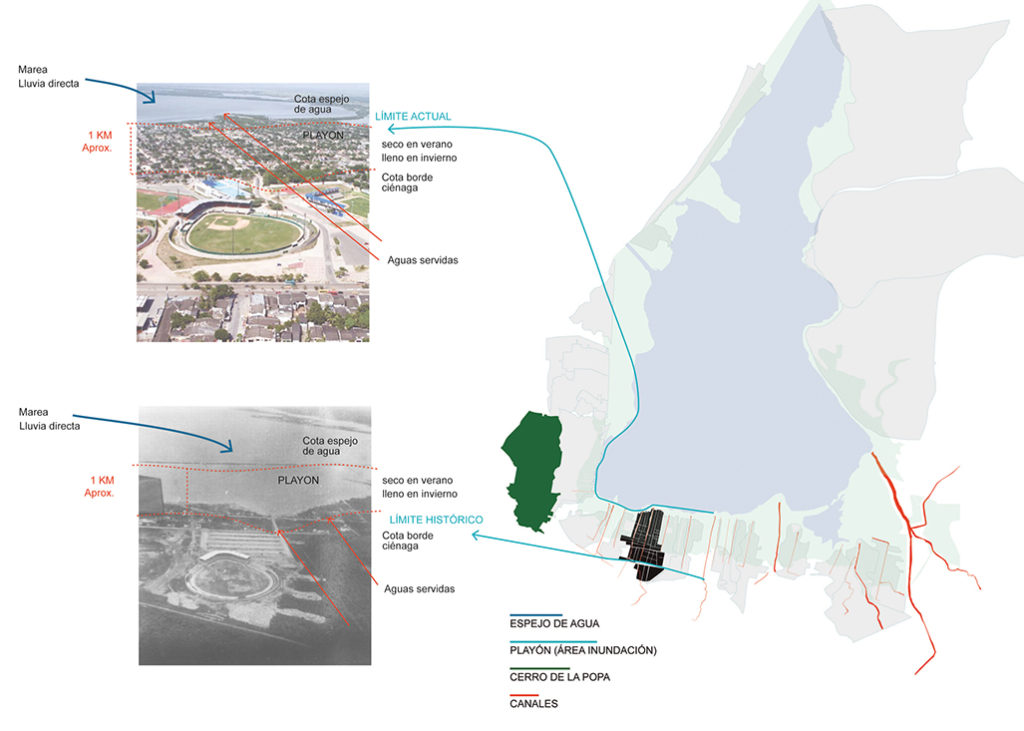 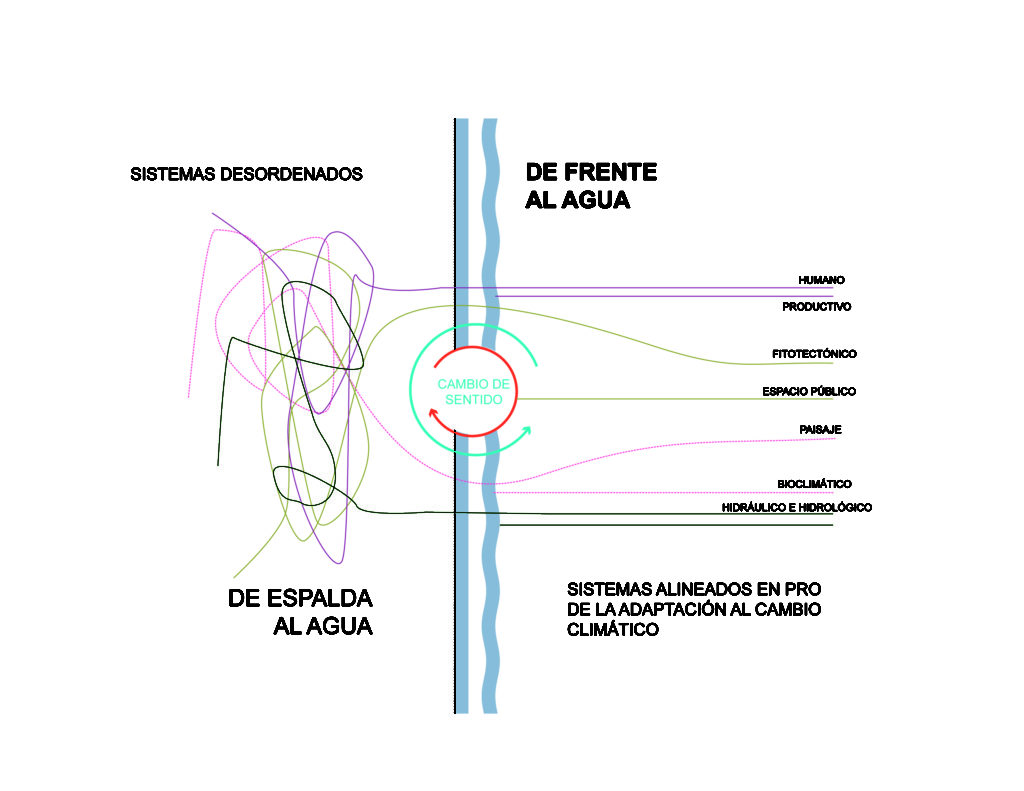 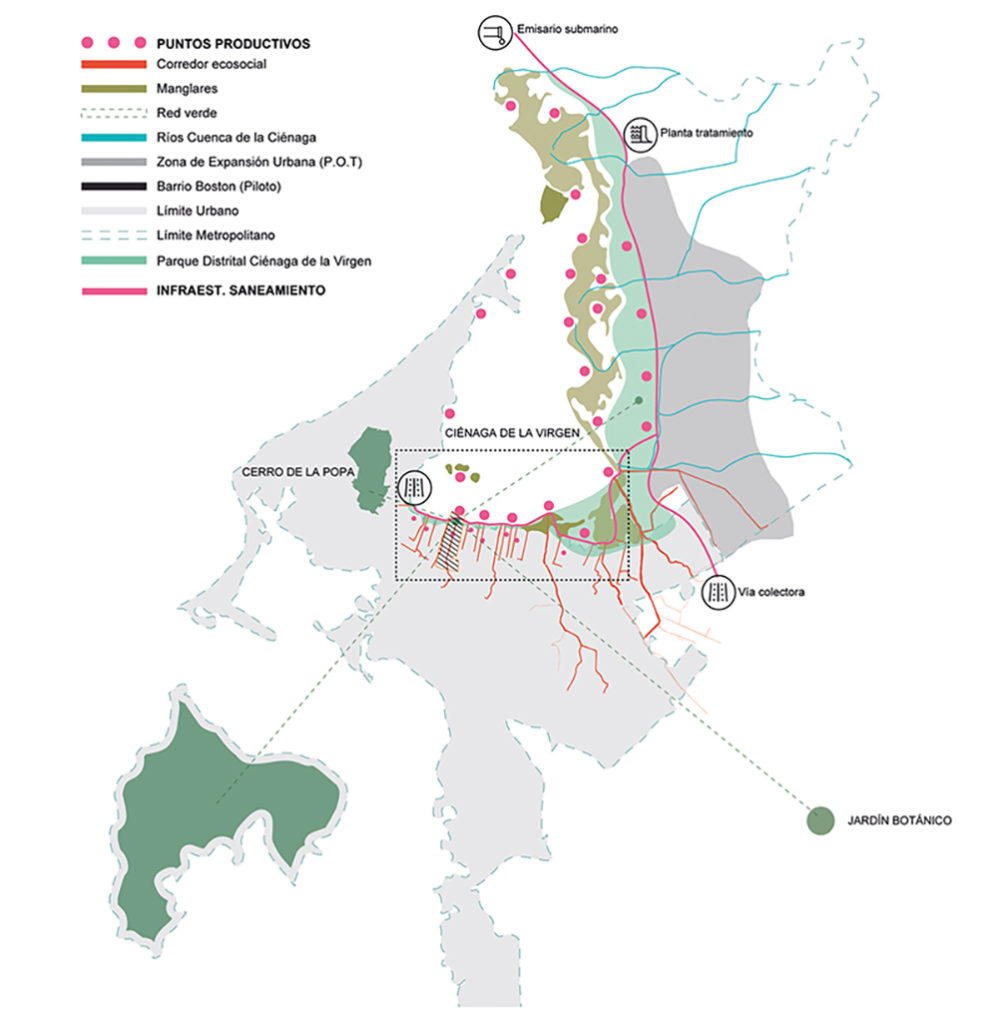 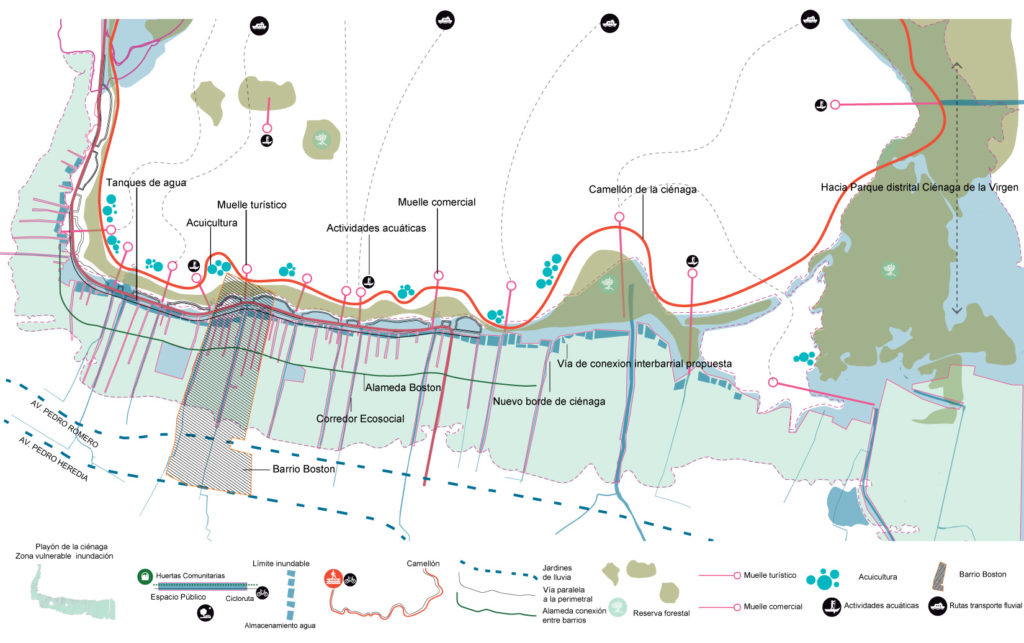 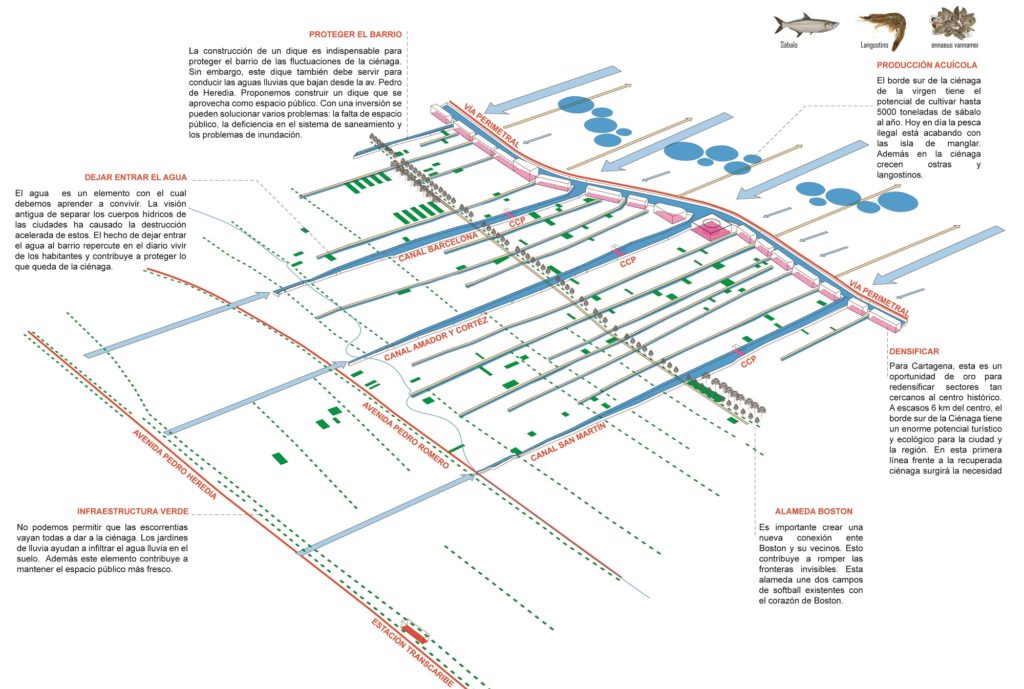 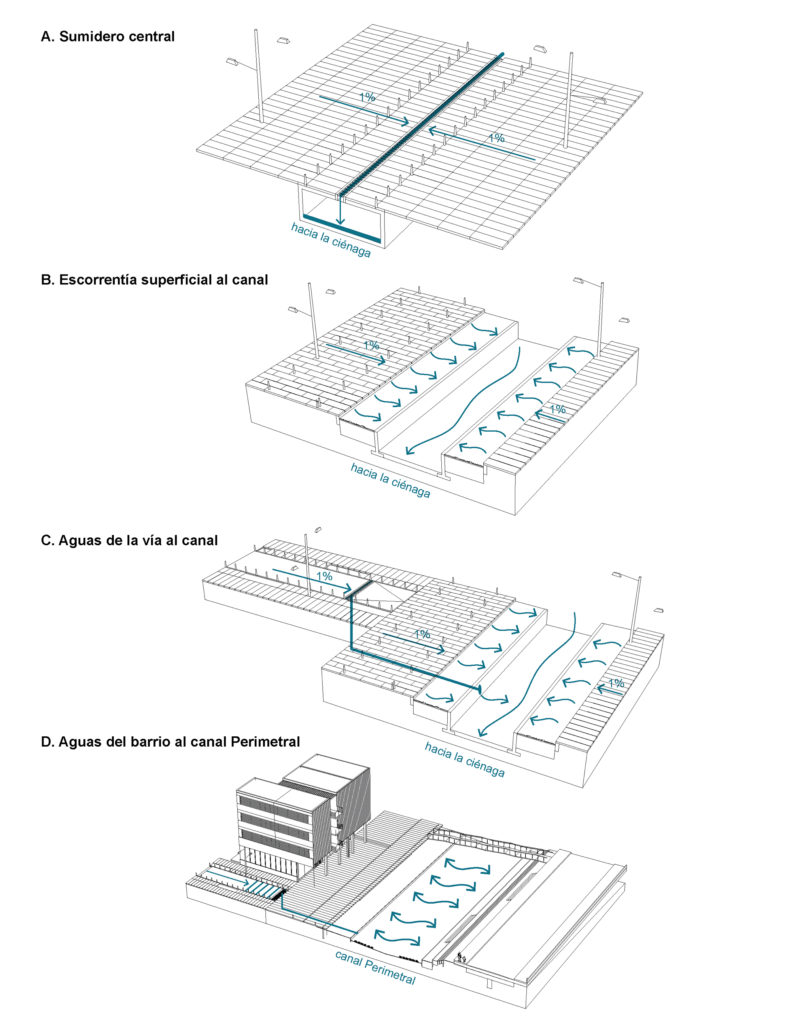 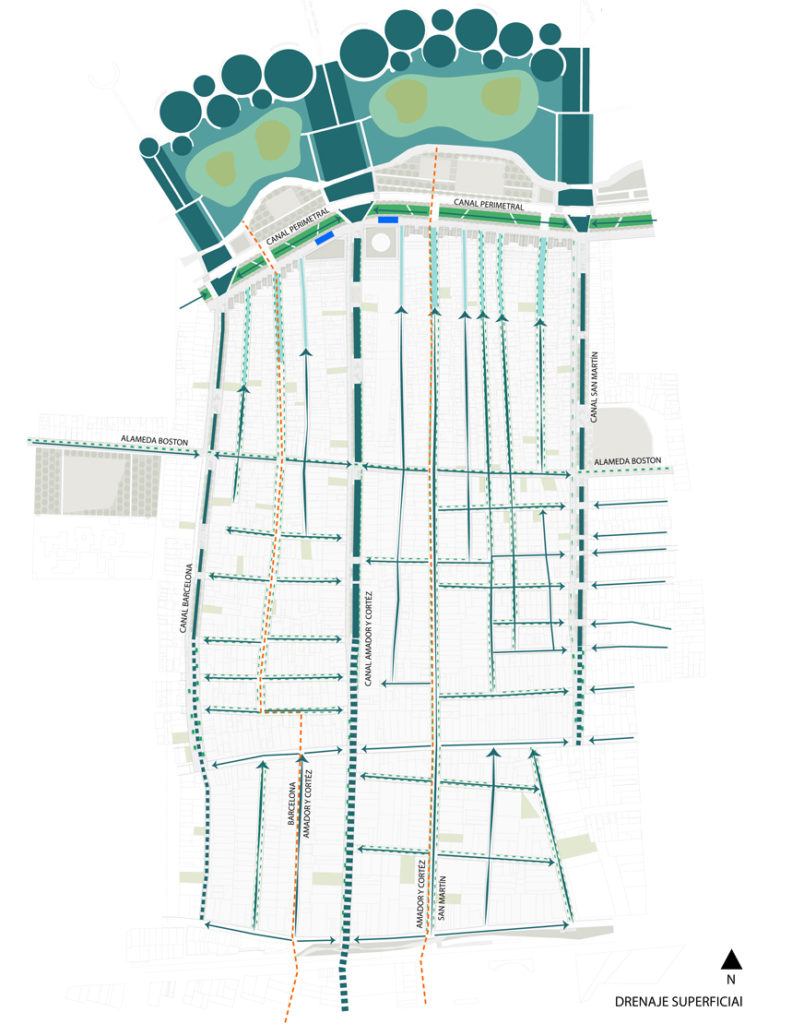 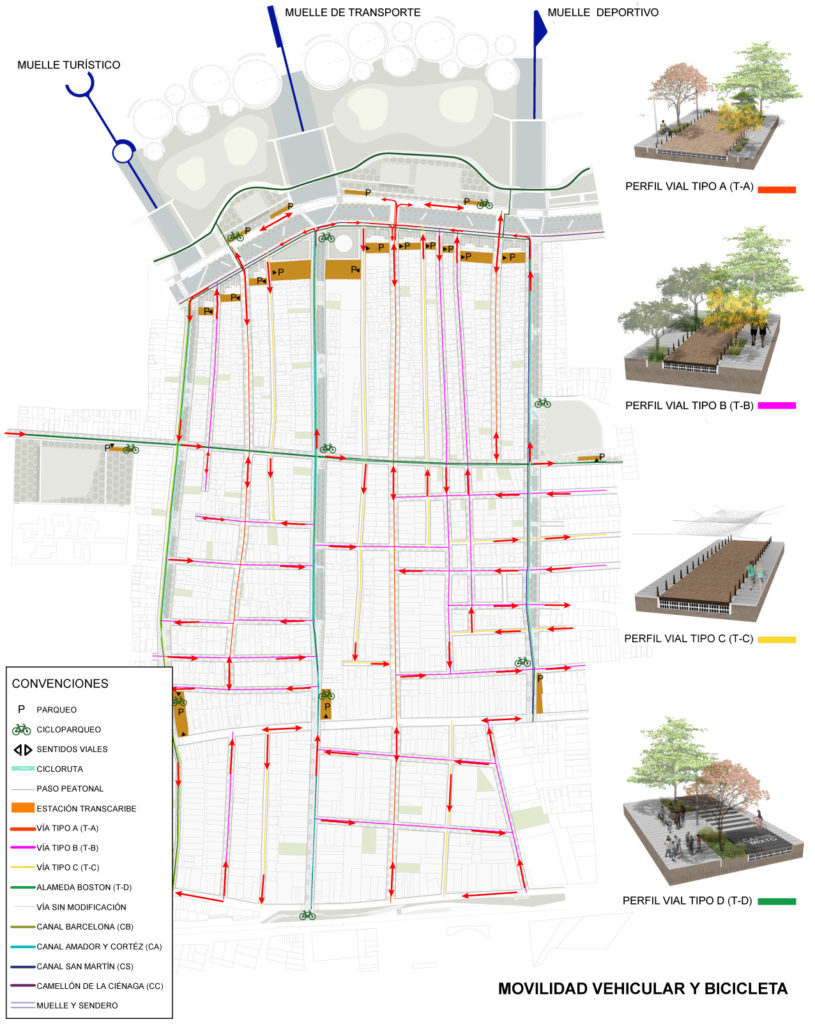 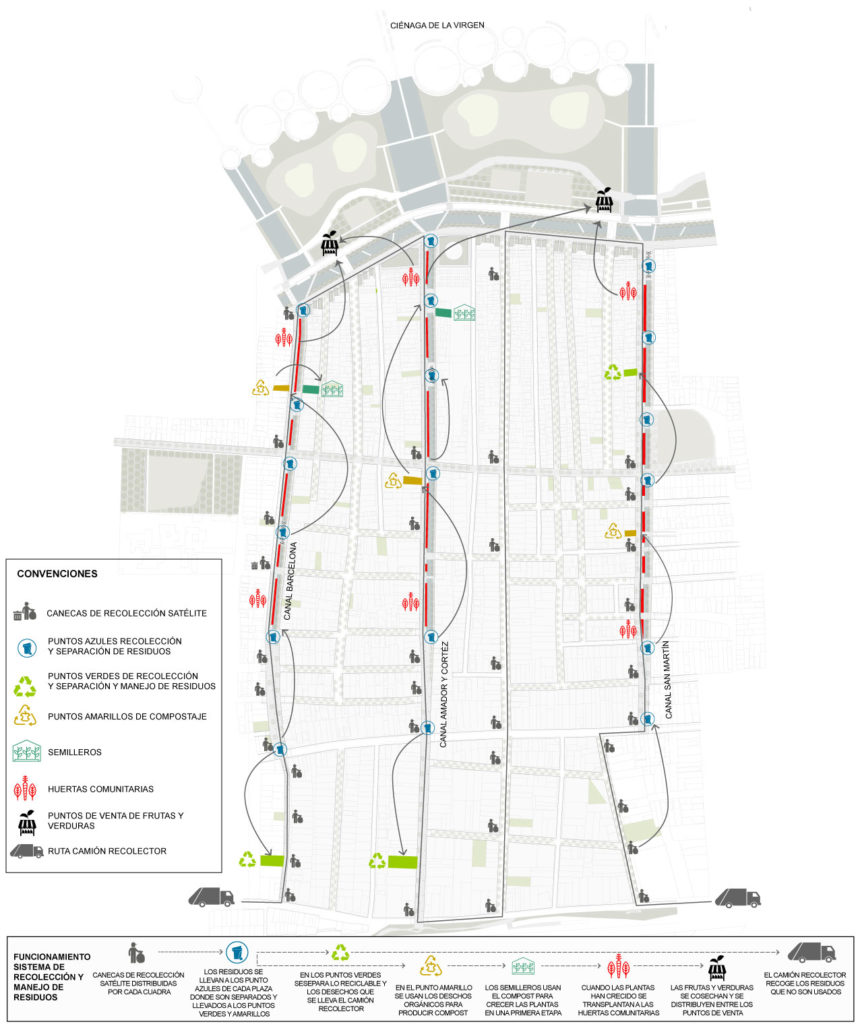 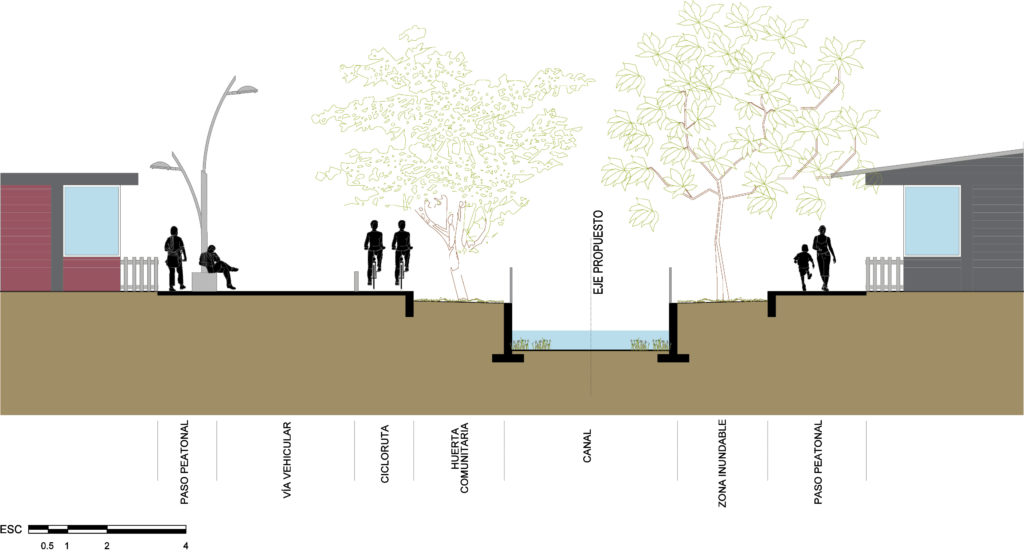 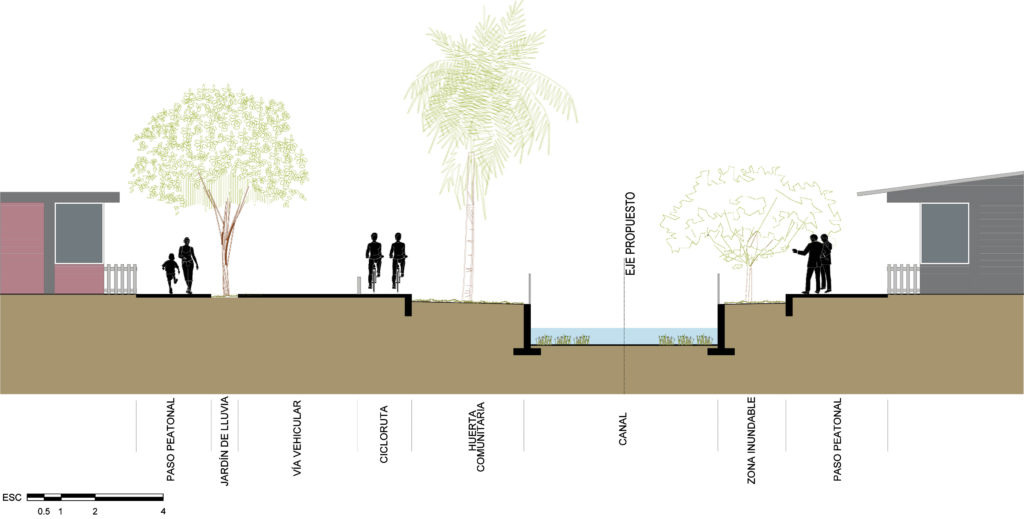 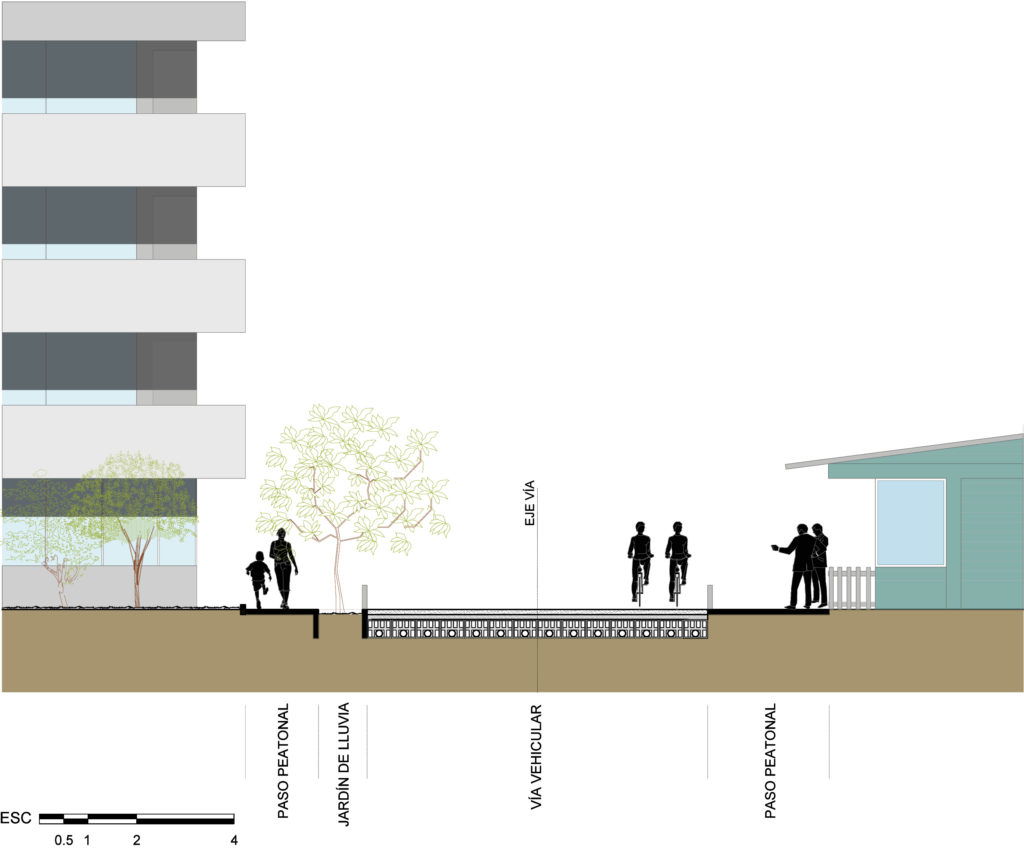 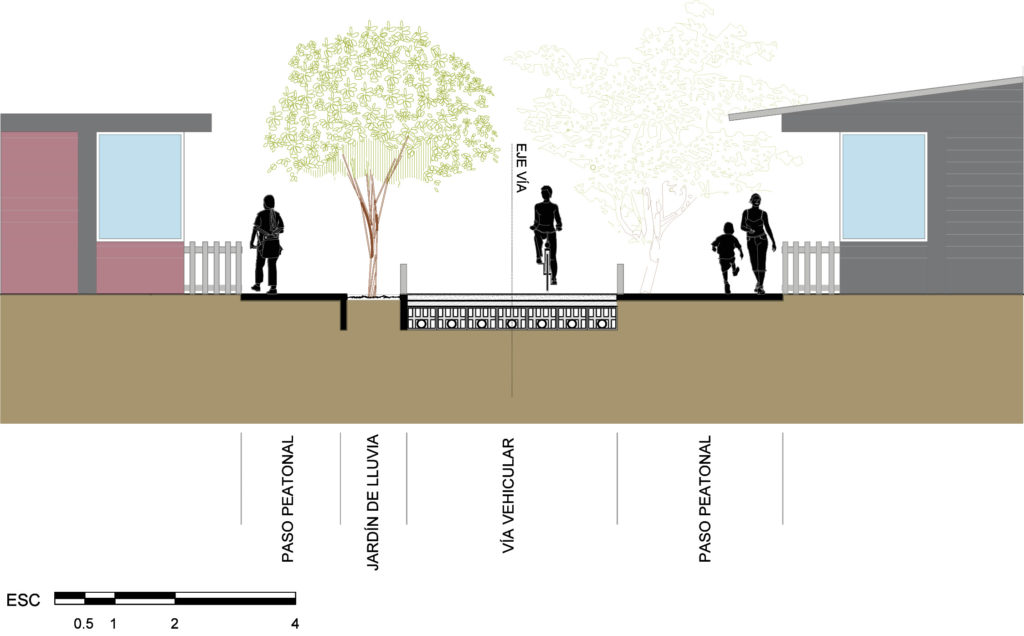 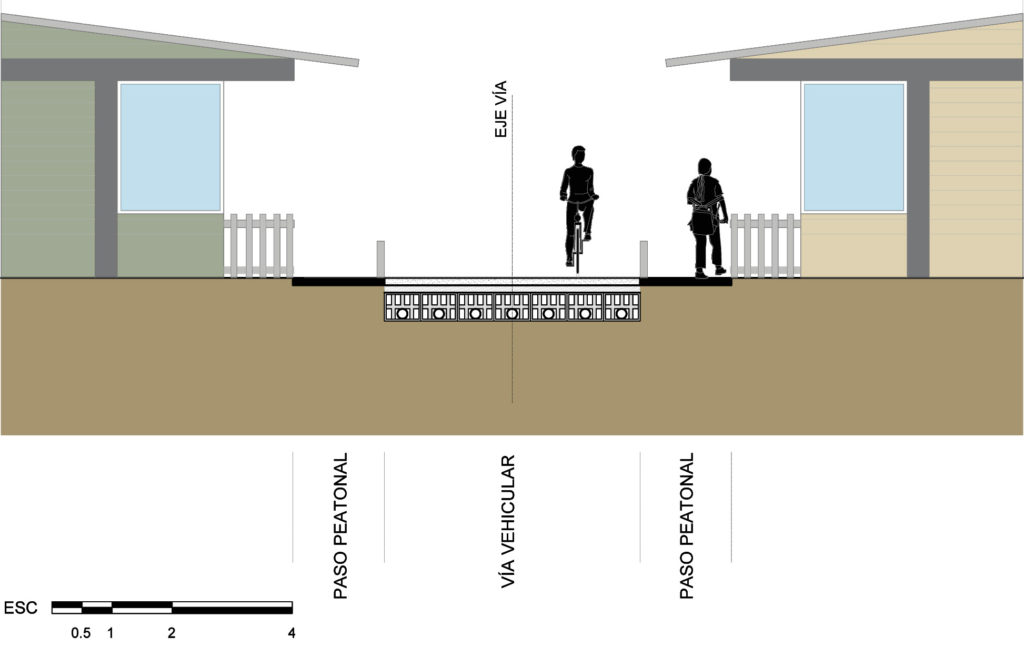 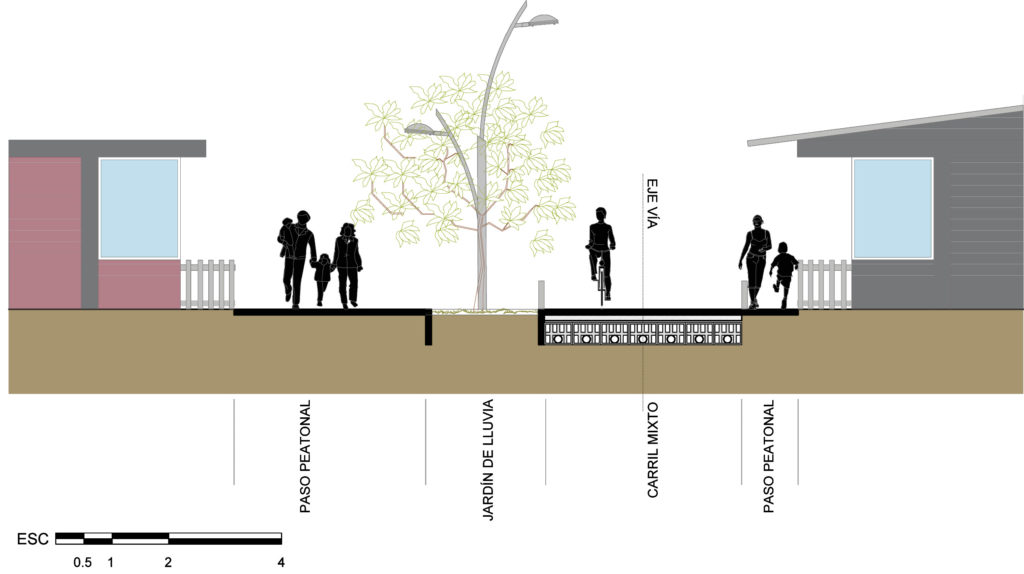 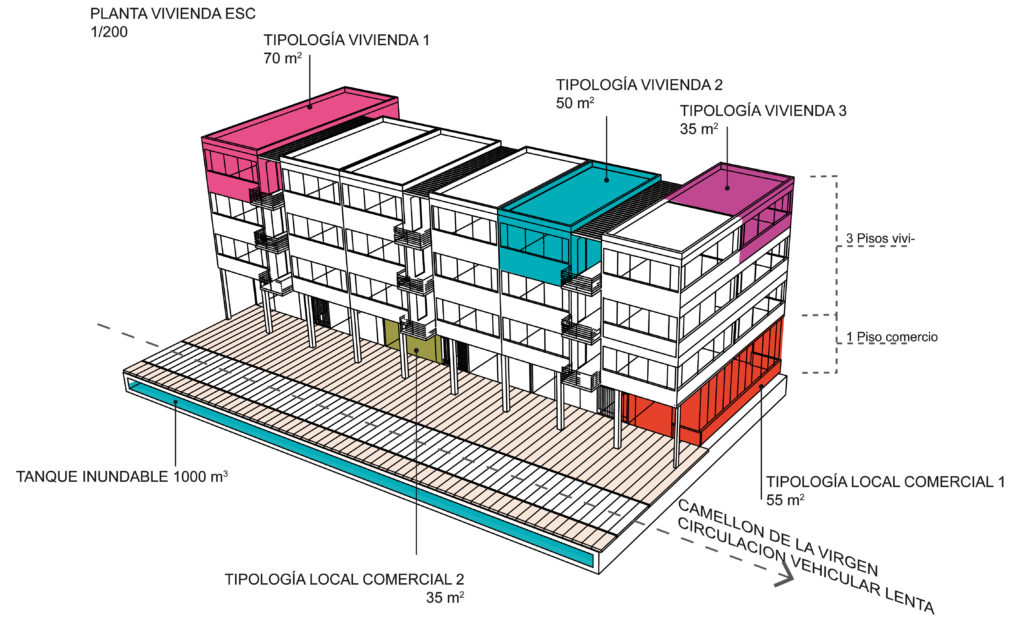 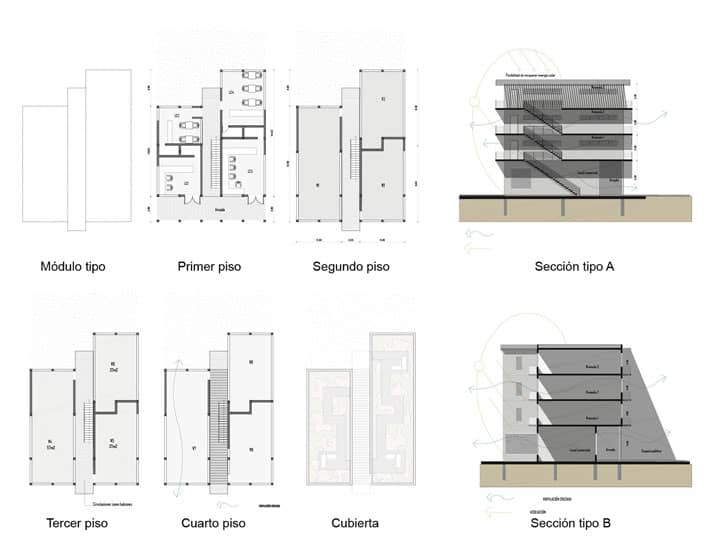 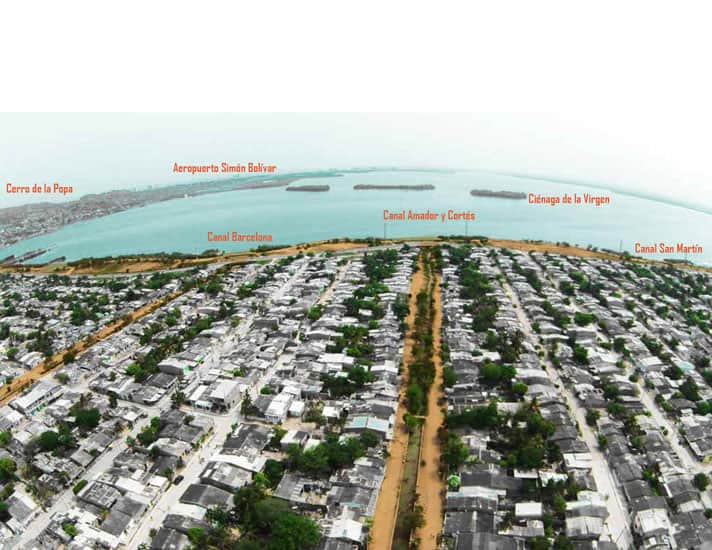 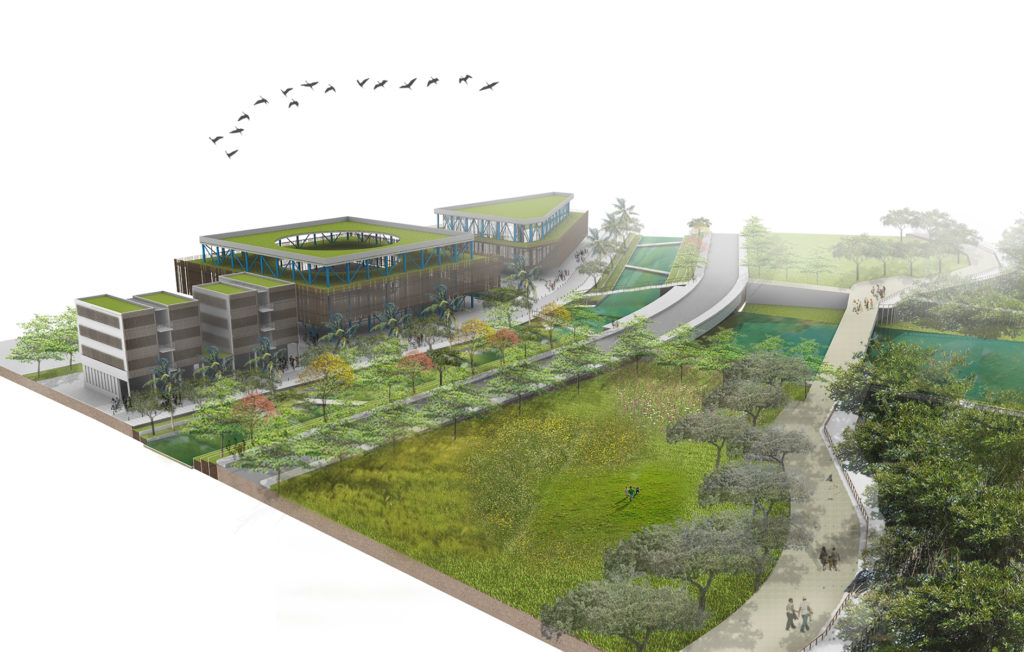 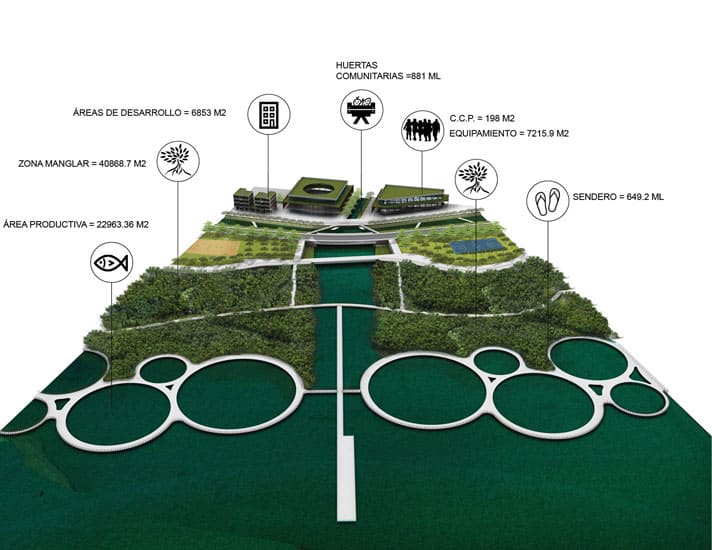 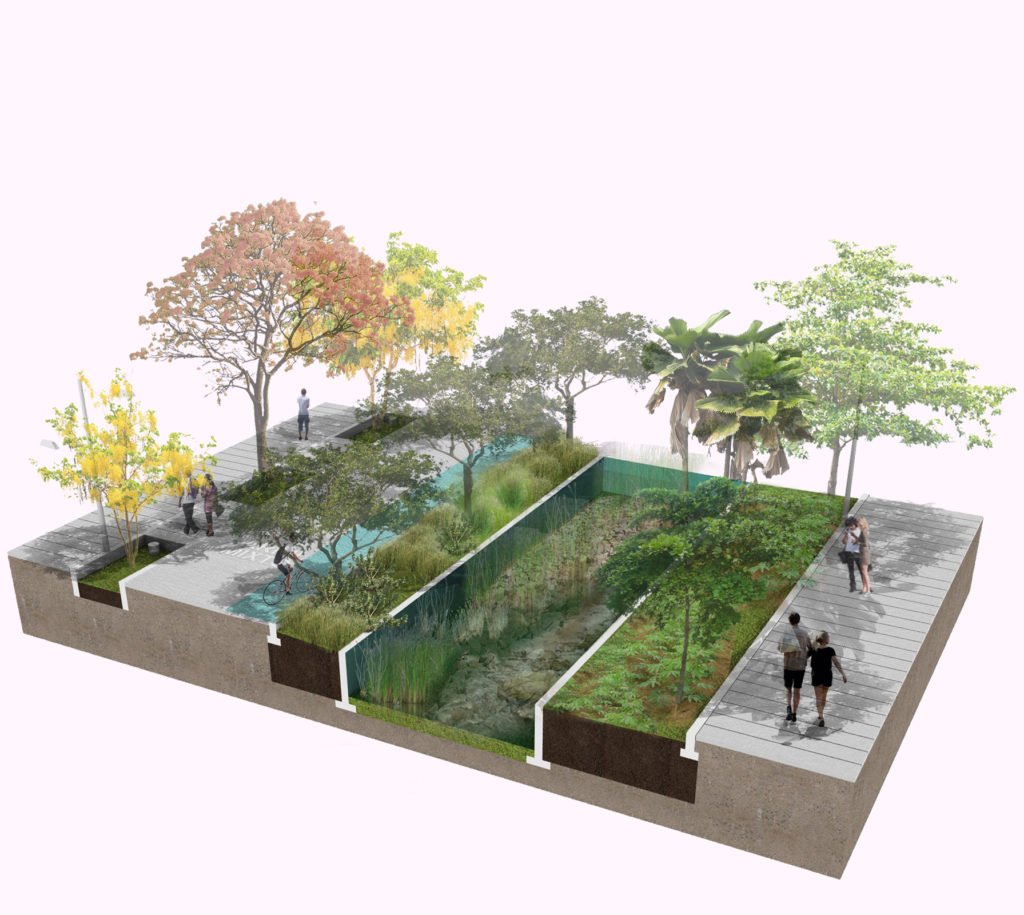 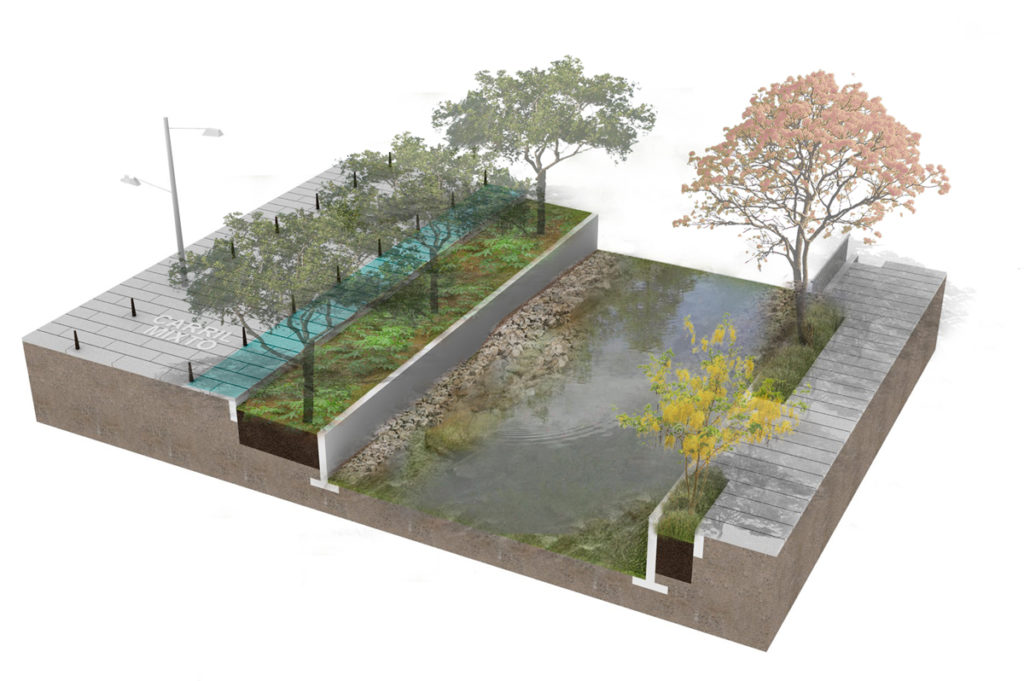 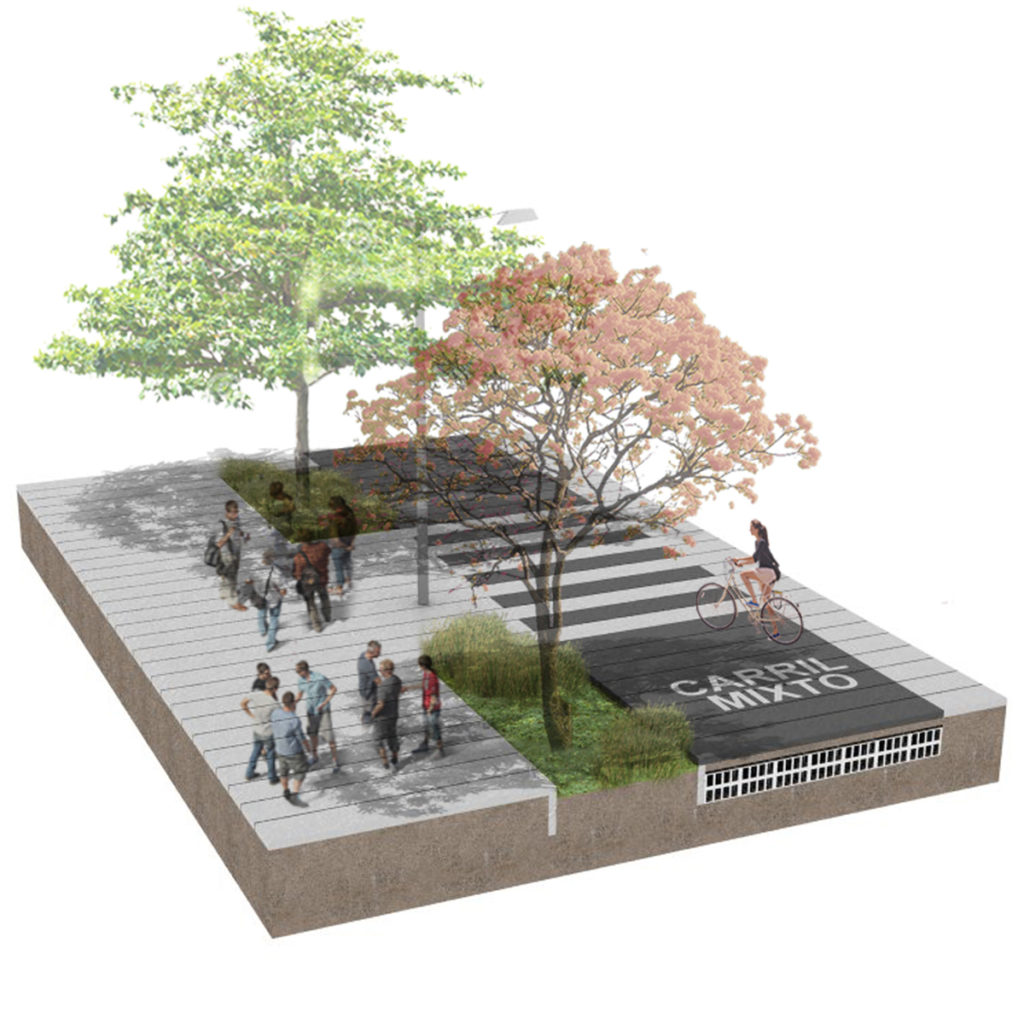 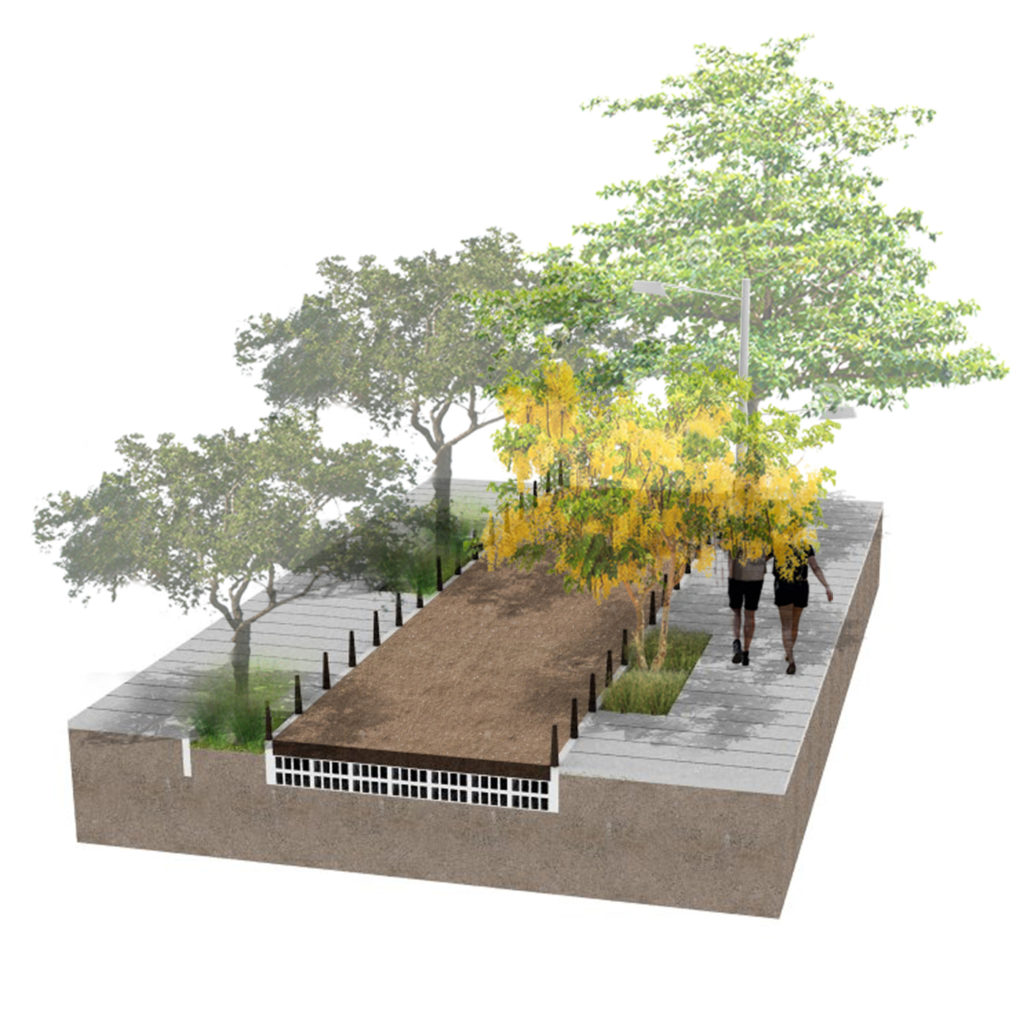 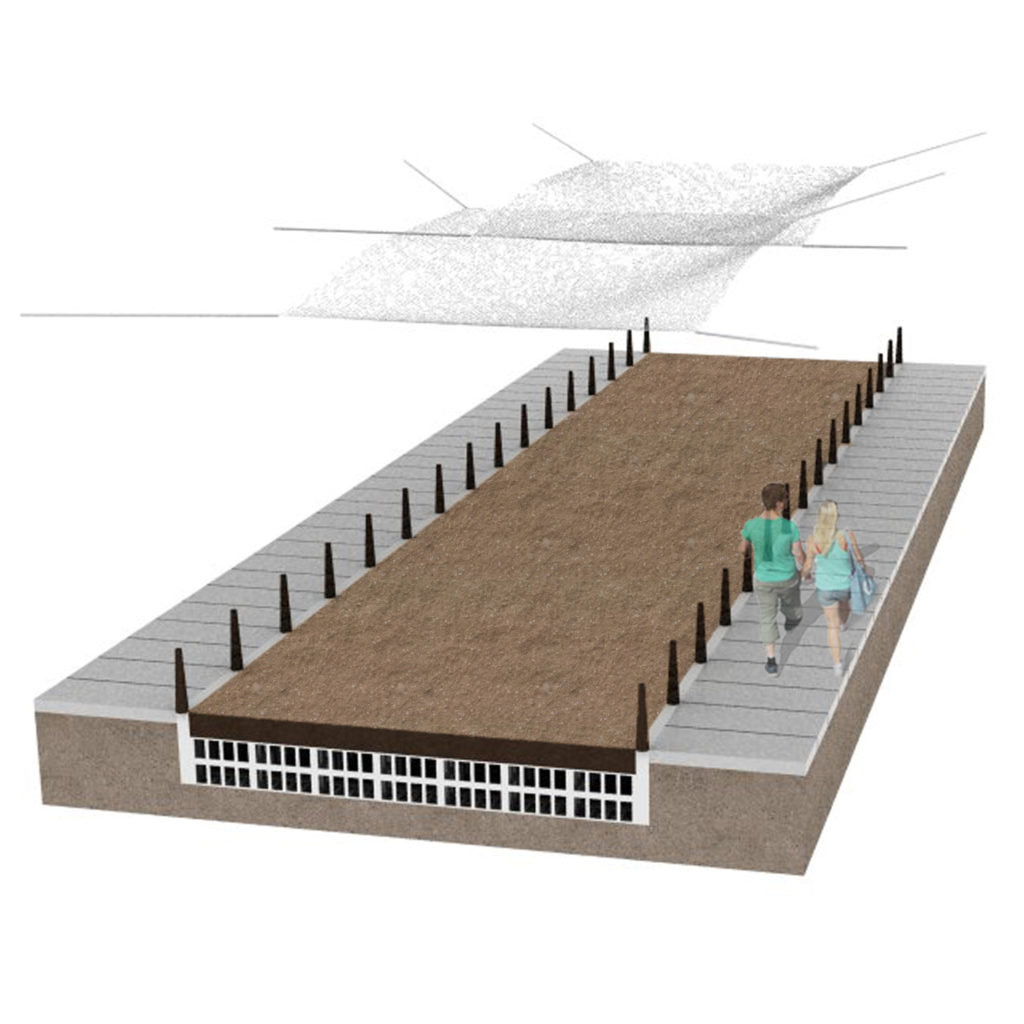 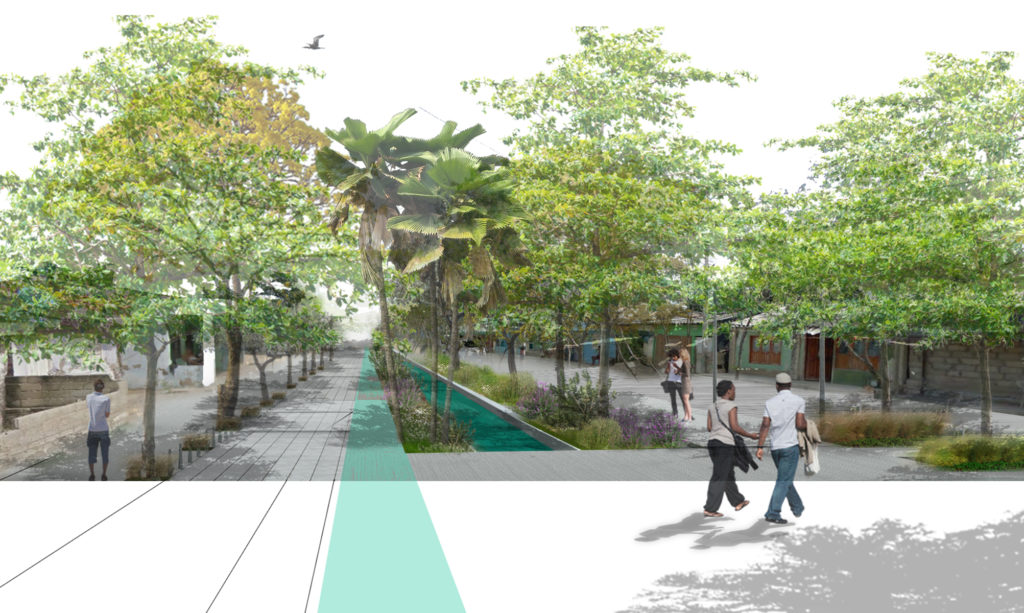 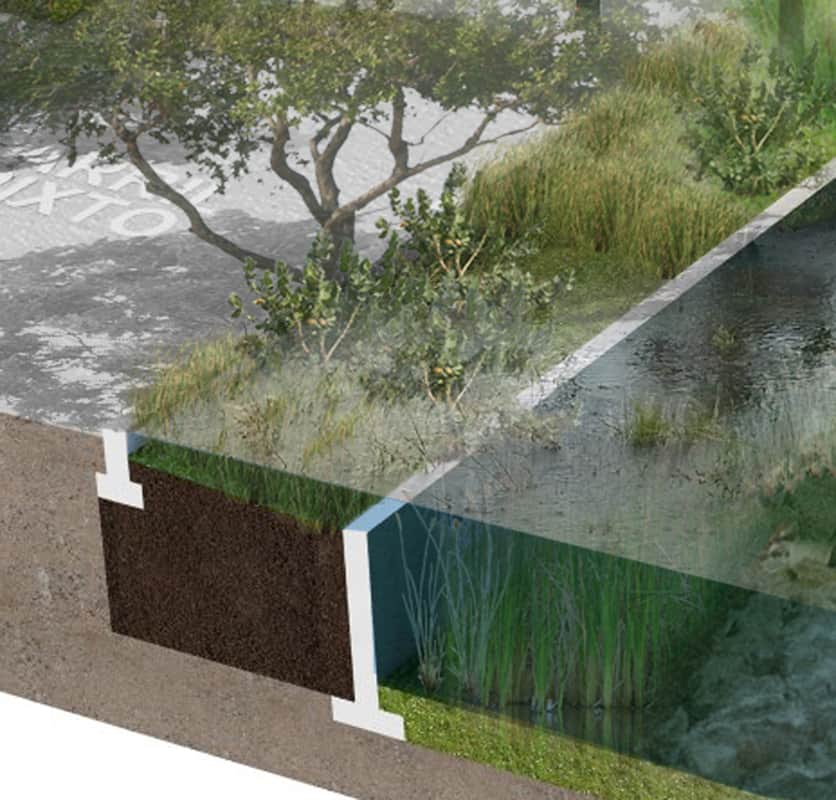 Boston is an informal neighborhood built over the south-eastern intertidal zone of the “La Virgen” mangrove swamp. Since the 1950’s inhabitants have informally landfilled the body of water for 1km, starting at the Pedro Romero road (old waterfront) and into the water with unstable materials such as trash, old tires and rubble, without any stabilization method or structural study. In 2016, the neighborhood housed close to 10.000 people, most of them coming from the country side, forcefully displaced by the violence in the late 80’s and 90’s.

The neighborhood is limited by two major roads: the Pedro De Heredia road and the Perimetral. The former has been the main land access to the city since its foundation in 1533. It follows the ridge between the two major watersheds of Cartagena. Today, it is still the main mobility spine of the city, where the “Transcaribe” BRT system has been implemented. The latter was built in 2009 intended to protect the swamp from further squatting. The well intentioned design of the Perimetral provided sports fields, a connecting cycle lane, large sidewalks, tree alignments for shading and even area for schools and other public facilities. Nonetheless, the design of this road failed. The hardscape was dismantled by the community as a source of building materials and it quickly became an abandoned vacant land perfect for drug dealing and smuggling, far from the dynamics of the city’s core. Today this edge is well known for being the most dangerous area of the city, where drivers will not go after noon.

The piecemeal process of landfilling the water body, repeated all along the south-eastern edge of the mangrove swamp, has resulted is an urban structure of long, thin blocks intercalated with dirt roads and stormwater drainage canals that go from the ridge (Pedro de Heredia) to the waterfront (Perimetral). This pattern is recurrent in other areas of Cartagena. Barrio Boston features three canals that have been used as drainage for the past 50 years. These canals, Barcelona, Amador y Cortez and San Martin receive stormwater, raw sewage and water from the tidal mangrove swamp at the same time, causing flash floods, promoting mosquito driven illnesses, and undermining ecological features in the area.

In the highest points, where floods are less occurrent, the city has culverted the canals making them disappear. On lower areas, where the canals are still not culverted, citizens have raised their homes for avoiding floods and have planted trees or installed shading devices for lowering high temperatures. As mentioned before, the landfills where not planned or designed so the resulting terrain is irregular, mainly flat, with slopes under 0.5%, making surface drainage improbable. When the tide is high, the water rises through the canals, and when it rains, the water descends until it meets the tide. Usually, with a 2 year storm event, the canals are overwhelmed and the neighborhood floods, causing enormous economic and physical damage. To make things worse, the canals make the connectivity between adjacent neighborhoods difficult, resulting in social barriers, and increased levels of violence. Also, the city’s climate change studies predict a 30cm rise in sea level in the next 25 years due to climate change.

“Facing the water” is a starting point for neighborhood adaptation to climate change in Colombia. It is the first replicable project that seeks to develop resilient forms on urbanization addressing climatic events such as seasonal flooding, sea level rise and increasing temperatures.