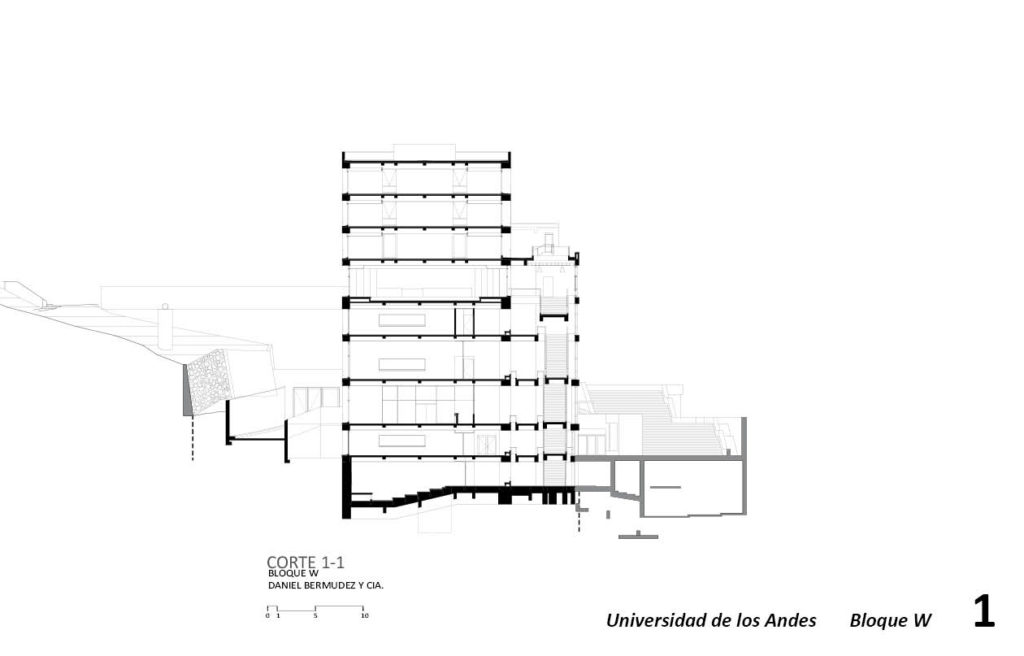 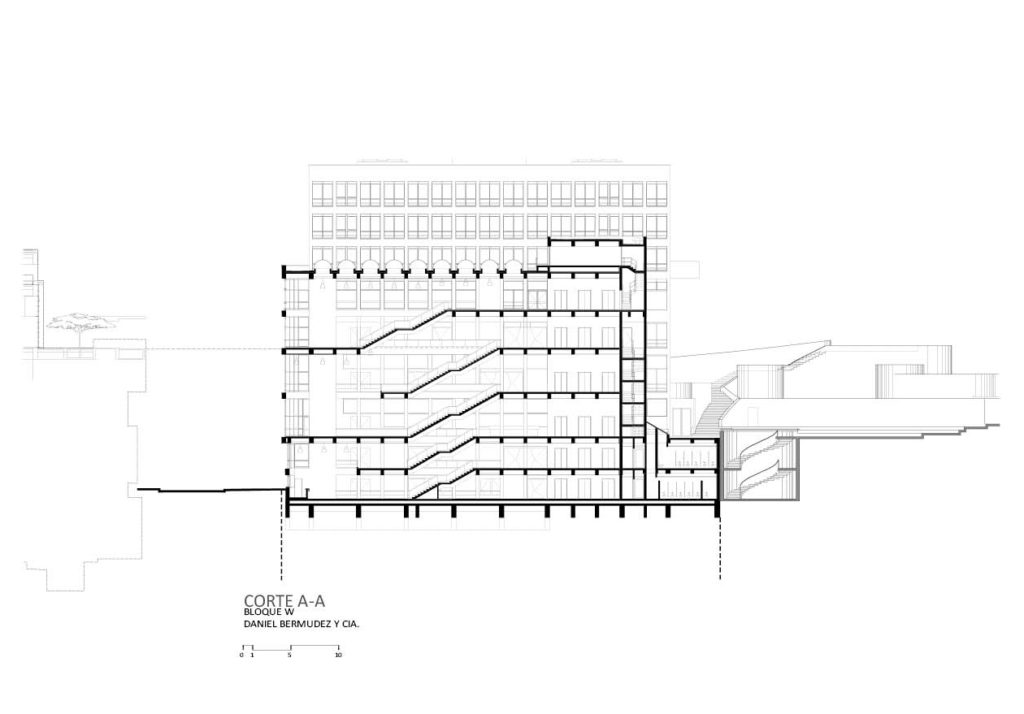 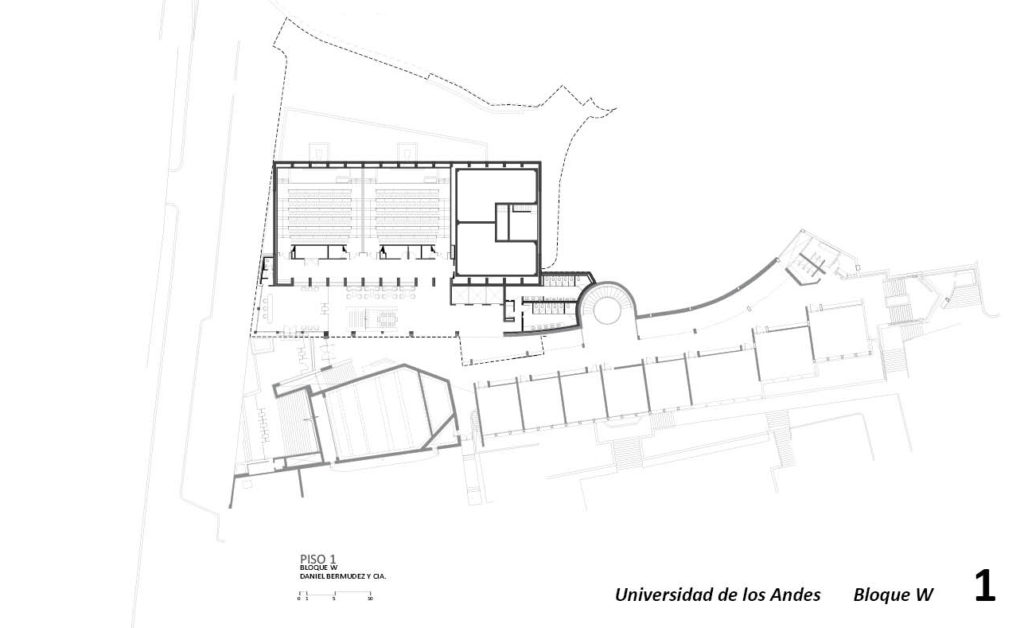 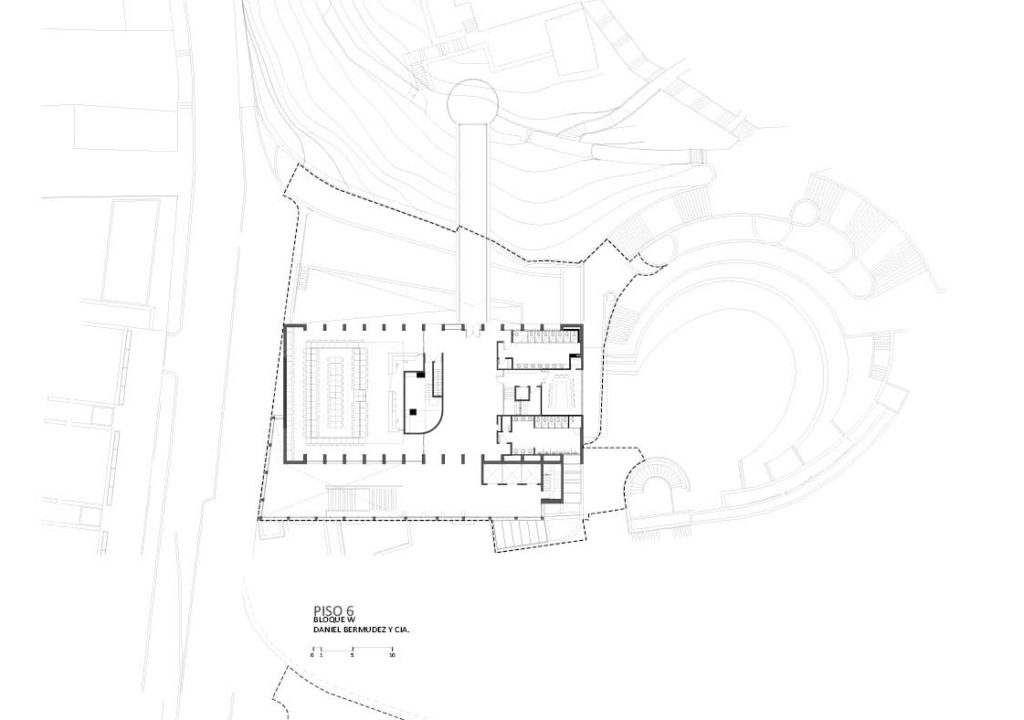 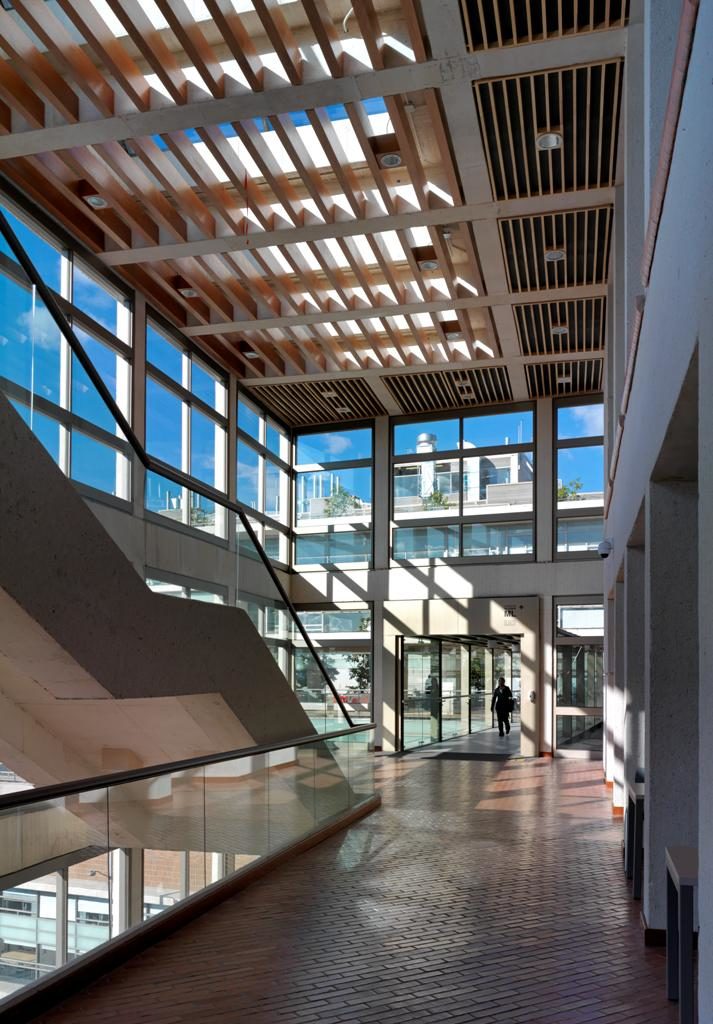 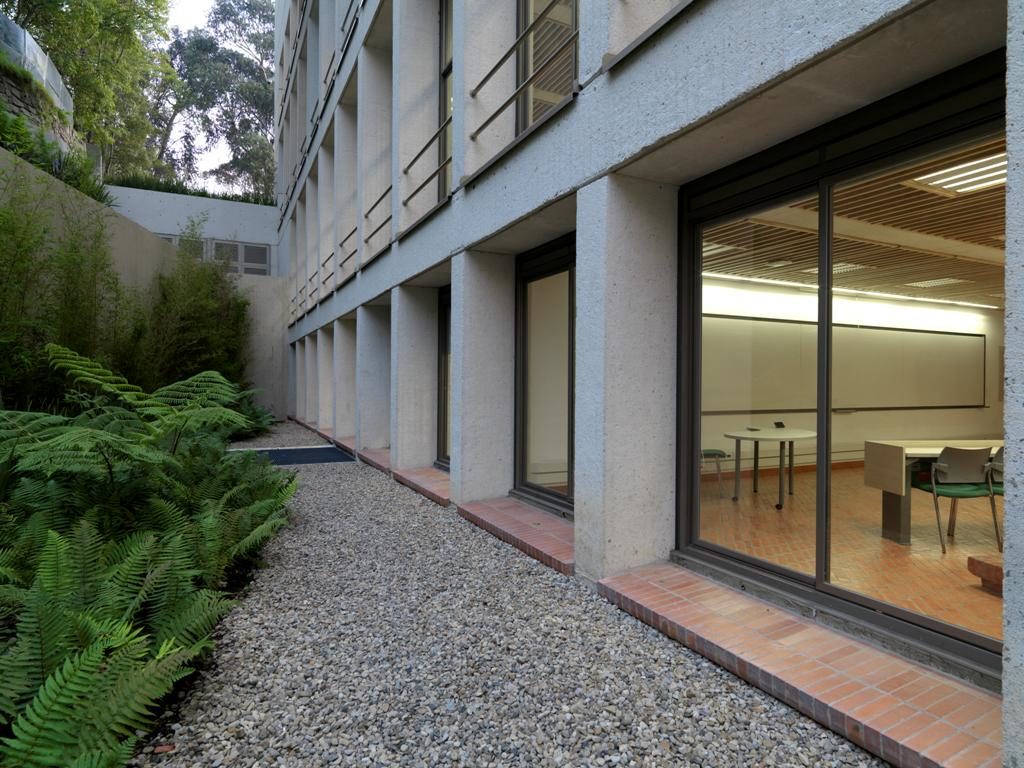 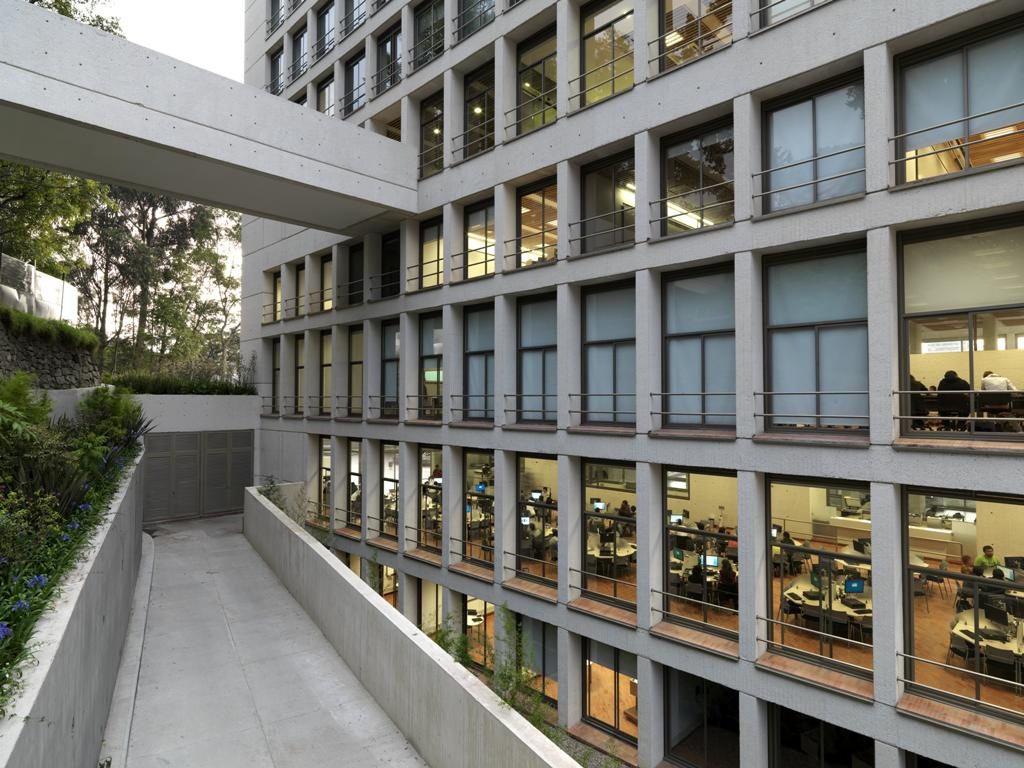 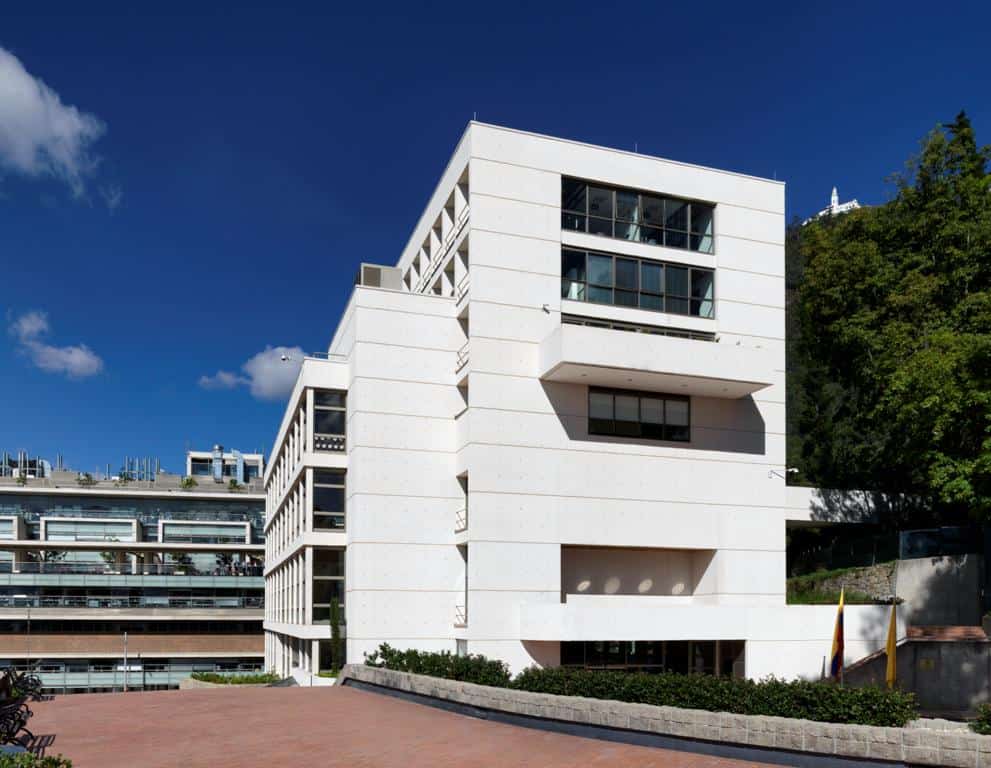 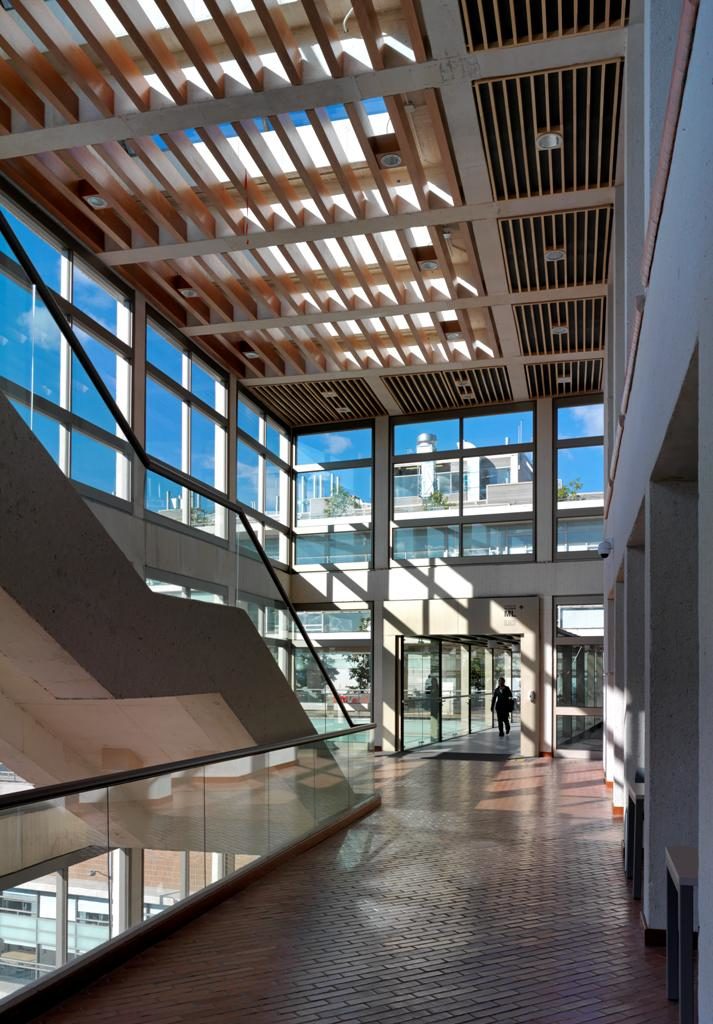 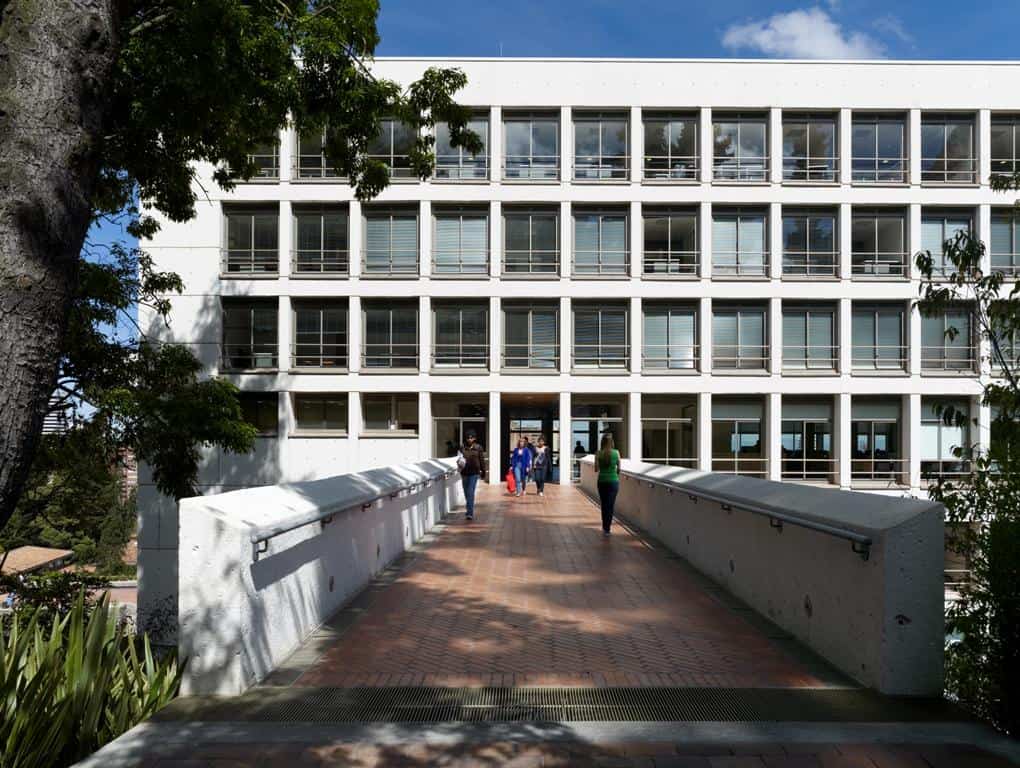 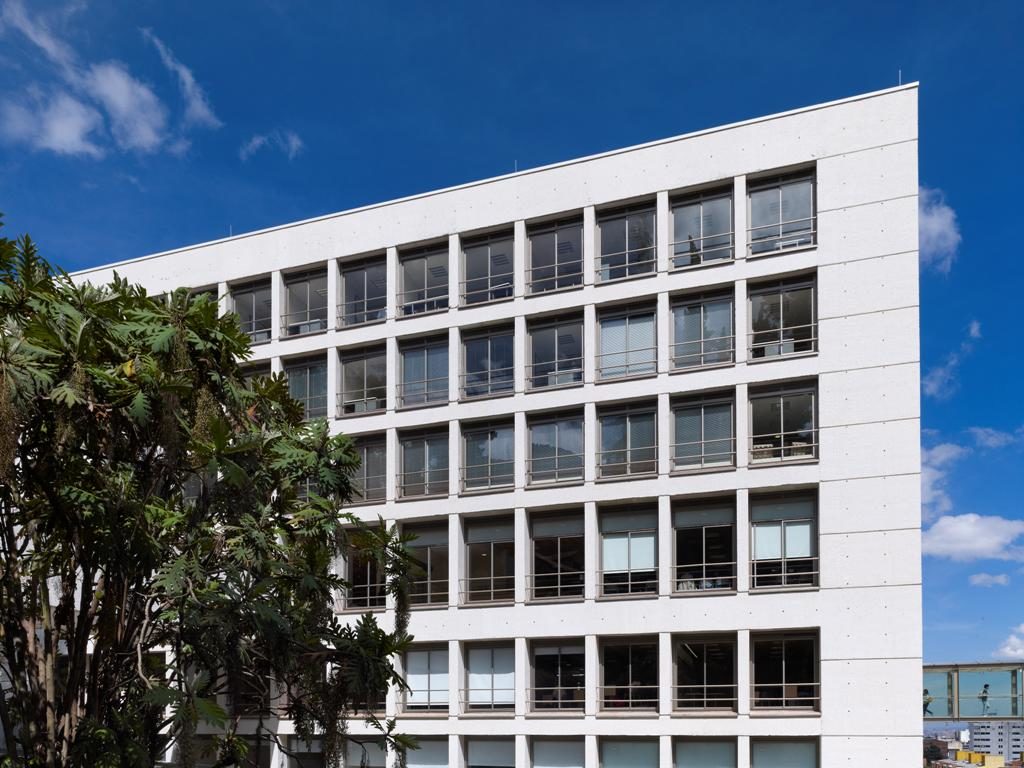 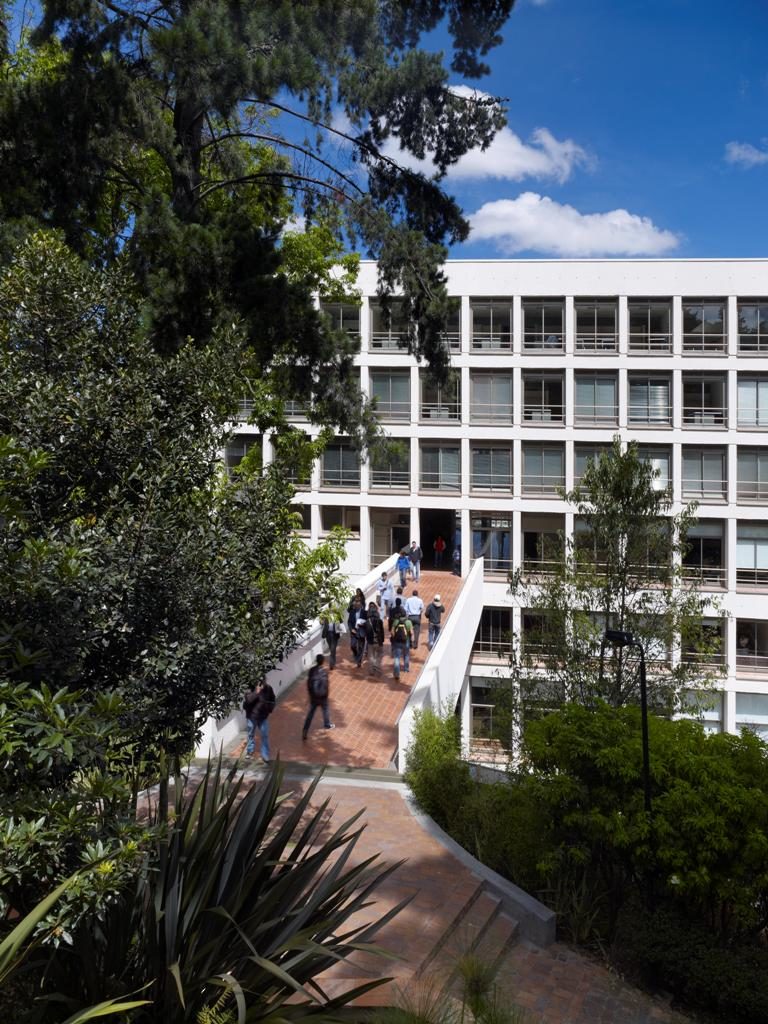 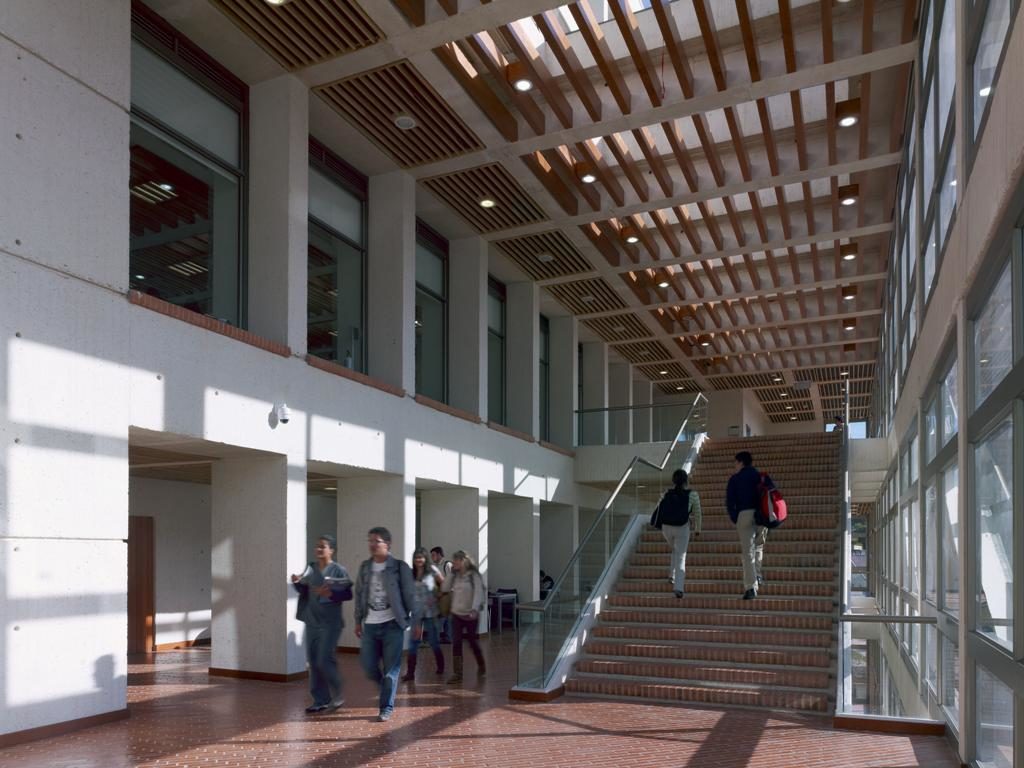 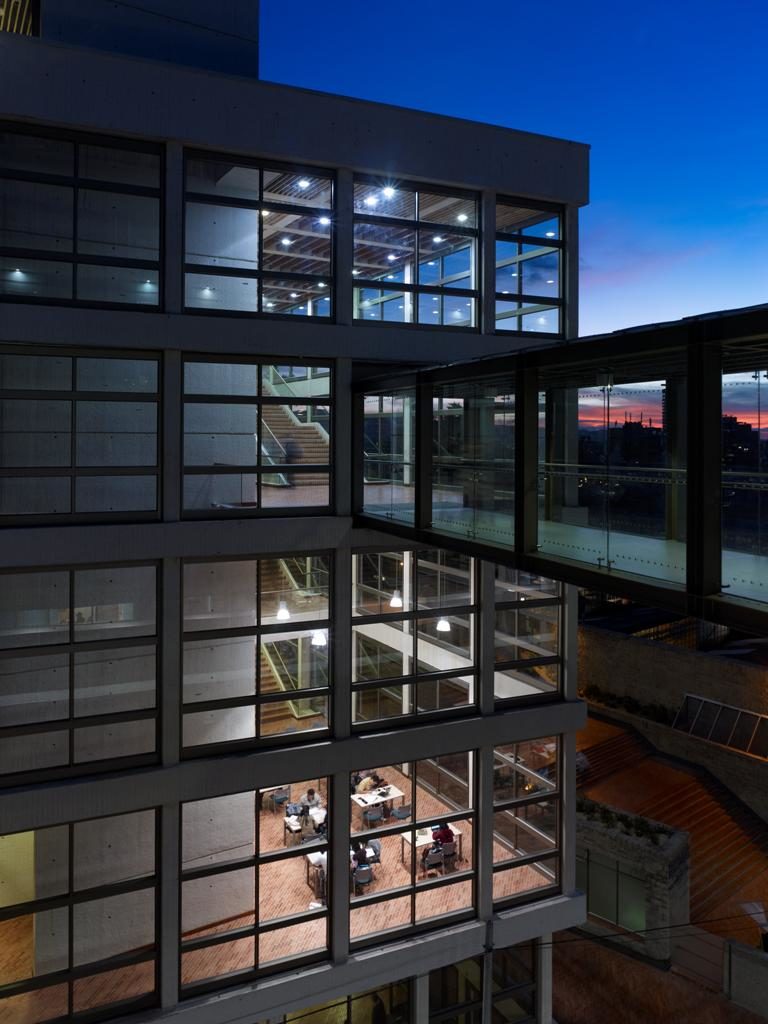 The Carlos Pacheco Devia Building, or ´Bloque W´, replaces the former Faculty of Engineering of the Universidad de Los Andes that had become vulnerable to seismic risk and possessed insufficient ceiling heights for contemporary educational practices. The new building meets the updated requirements for classrooms and offices, offers more floor area than the previous structure and resolves necessary connections between the different buildings and open spaces of the campus and its direct surroundings. The project reopens the university´s dialogue with the city, interrupted by the construction of the massive Mario Laserna building, revitalizing the accessibility axis from the ´eje ambiental´ of the Avenida Jiménez towards the monumental staircase of the Alberto Llleras building leading into the campus.

On the upper floors, the disposition of the façade columns responds to the intercolumniation of the Lleras building. The different openings and projections of the south façade establish a relation with the event square, neglected by the former engineering block. Also, the new Bloque W establishes physical connections with the higher parts of the campus. From the fifth floor a glass bridge reaches out to the terraces of the Mario Laserna building and from the sixth floor a bridge extends towards the traditional sector of ´El Campito´.

The east side of the block is quiet and has controlled views, necessary characteristics for the rooms located here. The west wing, in contrast, is dynamic and transparent, with panoramic views on the city, accompanying the main circulation areas and lobbies. The educational activities are accommodated on the lower levels, while offices and administrative areas occupy the upper floors.

Compared to the earlier Postgraduate Studies Building of the UJTL, which is functionally similar, the Bloque W implements new projective strategies. The structure differentiates the offices from the classrooms. The large window now has become an independent, added box, and two different systems of circulation and technical services are assembled: a central, vertical one and the other lateral.

The predominant material, exposed concrete, reveals the aesthetics of a well-ordered building structure. Both the acoustic parameters of the lecture rooms and the solar control for the offices demanded a great effort of technical coordination and detailing, involving the careful configuration of the ceiling panels, its hidden installations, and the detailed performance specifications of the window system.