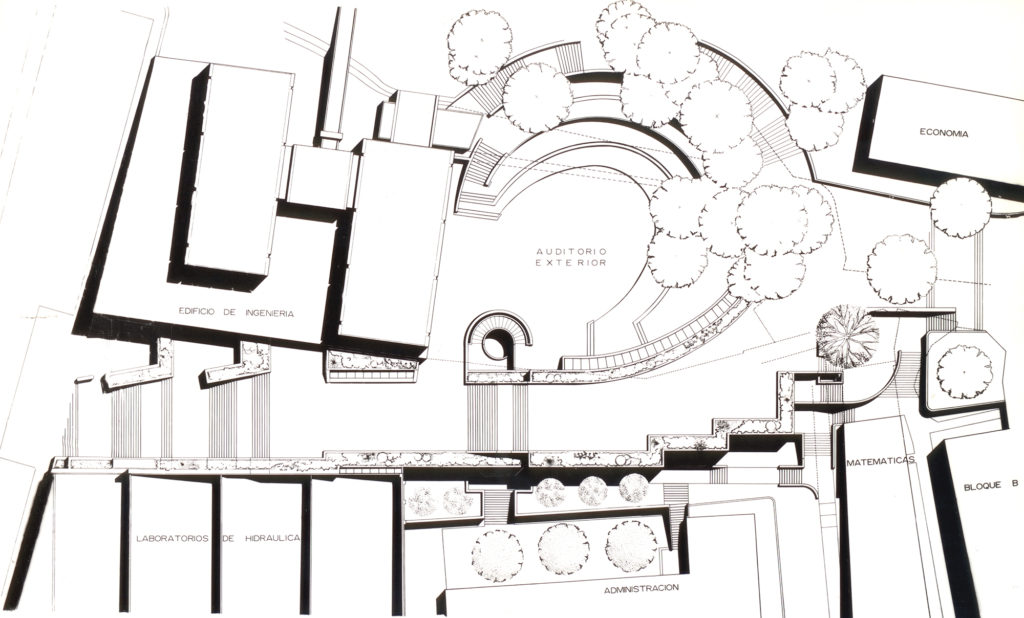 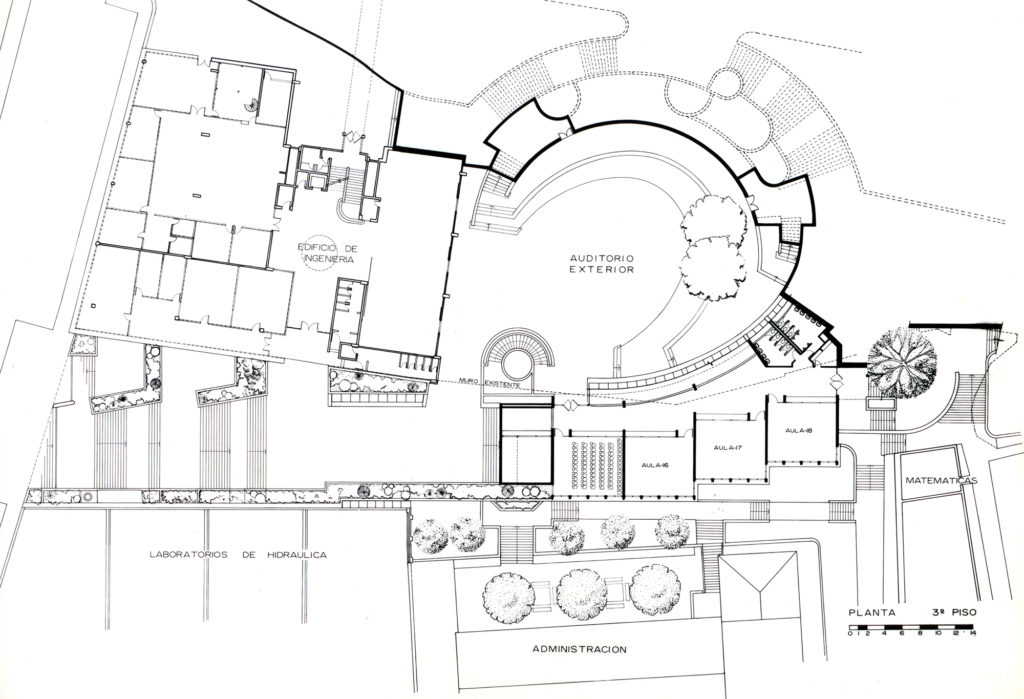 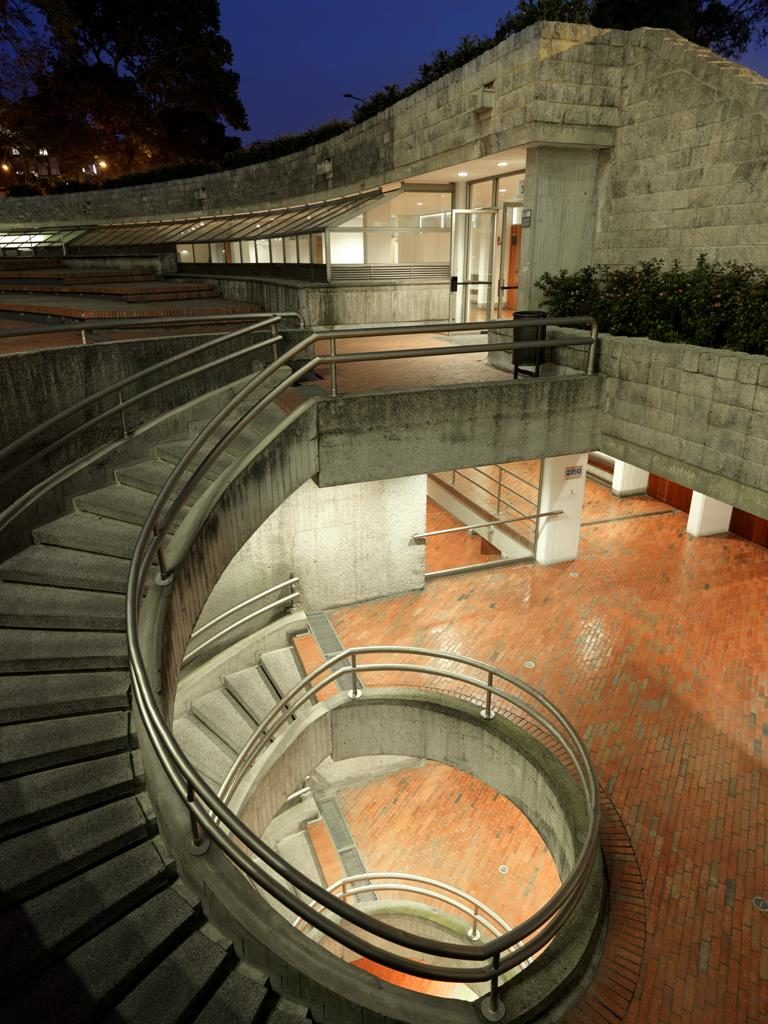 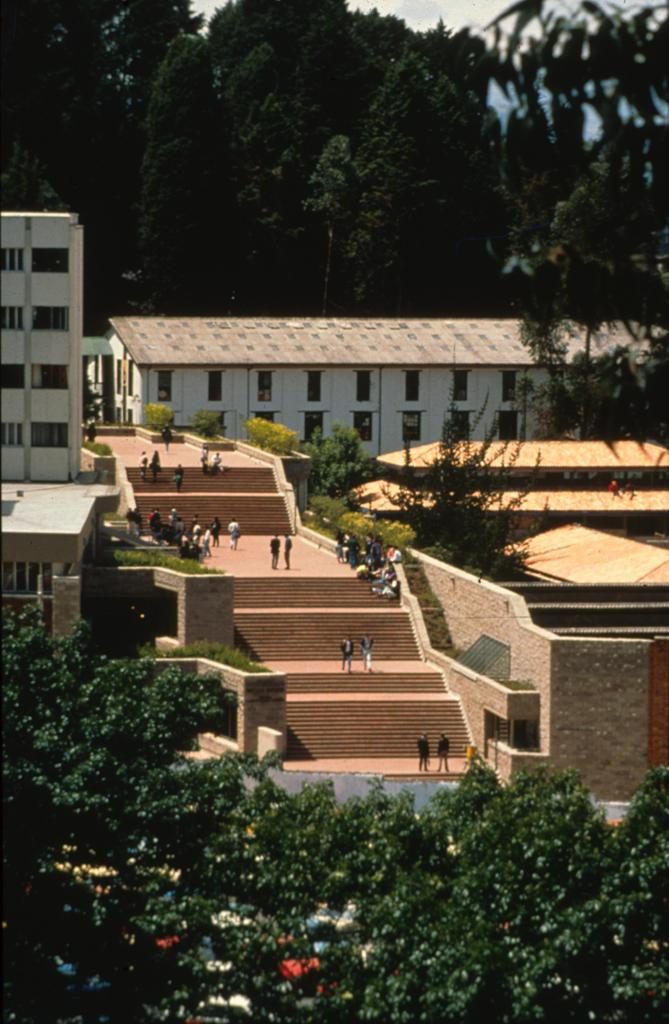 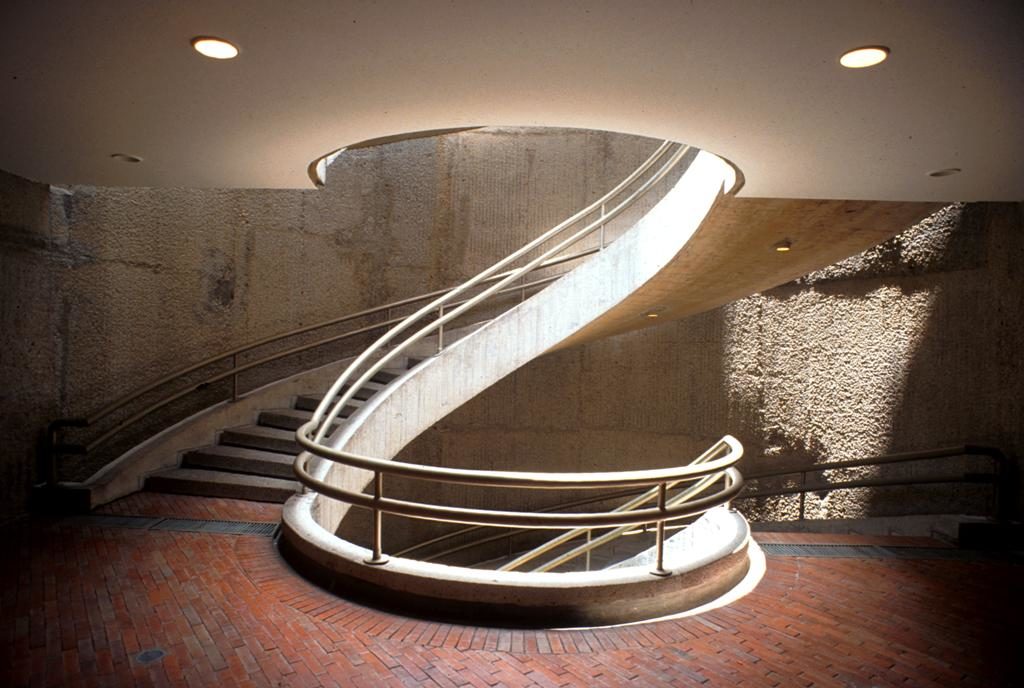 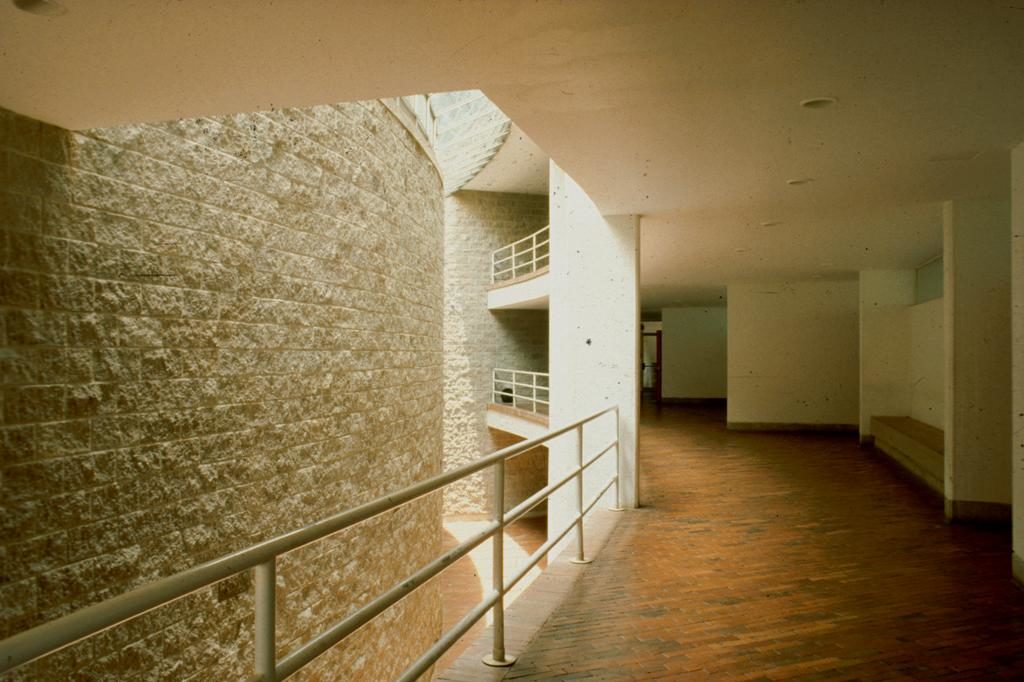 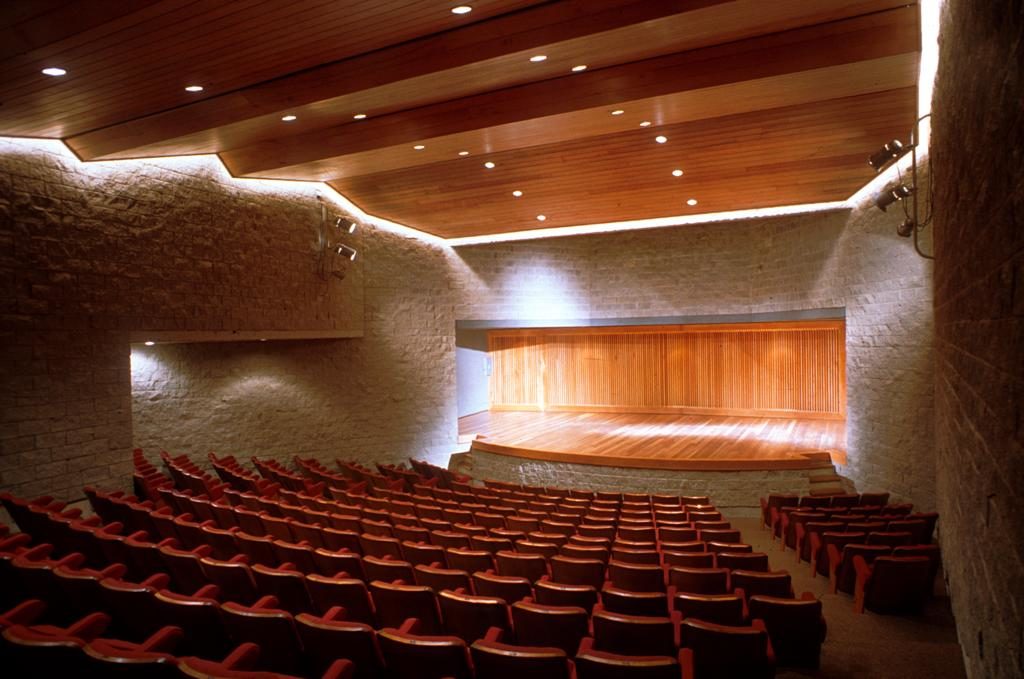 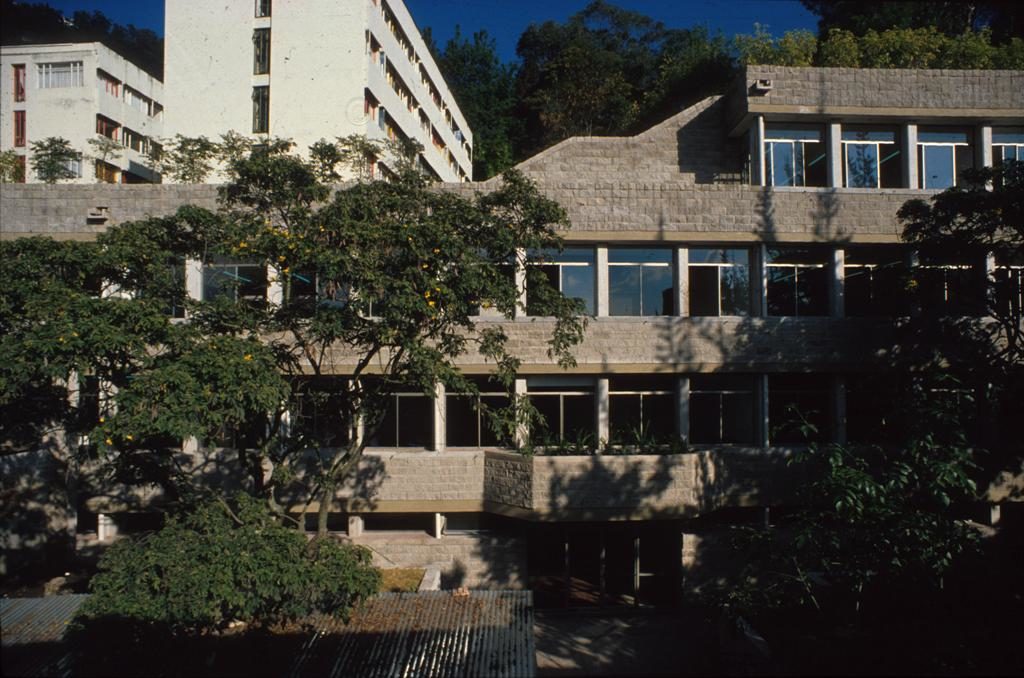 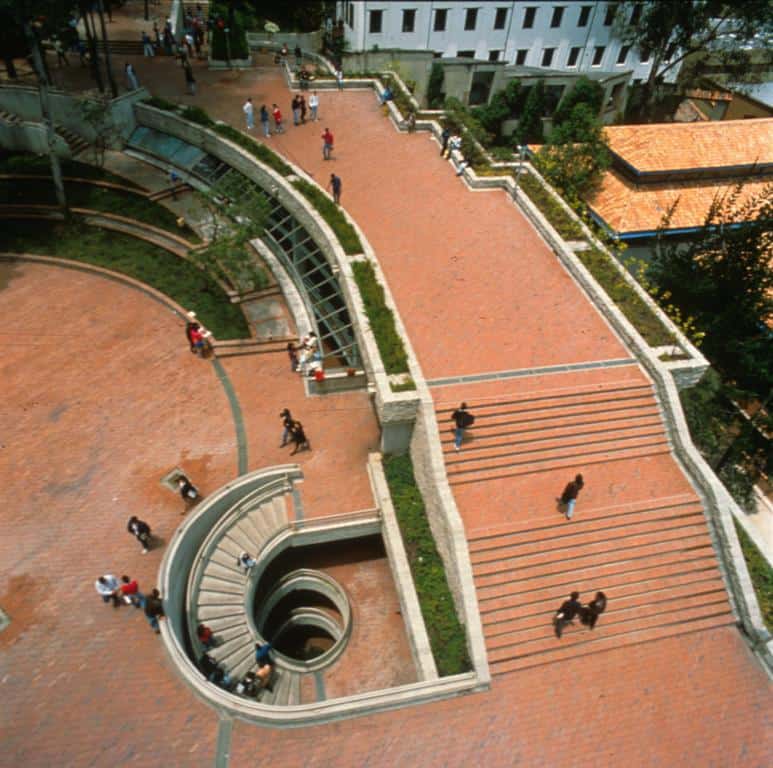 The Alberto Lleras Camargo Building, recipient of the Best Architectural Design Award at the XIII Biennial Exhibition of Colombian Architecture in 1992, represents a key piece in the Master Plan of the Universidad de Los Andes, developed in 1989. The project, beyond being a building, is really devised as a grand walkway and place of encounter, and as an organizing hub between the various buildings and open areas of the campus.

The site, a narrow and elongated stretch of land, was dominated by a steep sloop and by several existing structures on three of its sides. Despite of its limitations, it also possessed a great potential: it connected the center of the university campus with the city, right at a junction of two of the capital’s most important streets. Thus, instead of rising up over the narrow site, the new structure purposely digs into the slope, converting its roof into the main entrance and circulation axis of the campus, enhanced by roof gardens, skylights, terraces and stairs. Consequently, all of the site’s occupied area is returned back to the campus as a fully functional zone.

From the roof downwards, two stairways descend into the building, which among its 5.045 m2 of construction houses classrooms, two semicircular conference rooms, an auditorium, and complementary service areas. In addition to the demands of the original program, the project encloses an important outdoor space that doubles up as a main square and an open-air auditorium for 1500 people.

The building, almost imperceptible from the upper walkway, features a glass façade that opens up to the west, and brings natural sunlight into the classrooms. To the east, the rooms are separated from the soil by a retaining wall closely following the site’s natural contours. Between the wall and the hallways leading to the classrooms, generous voids open up, through which natural light descends all the way down into the lower floors.