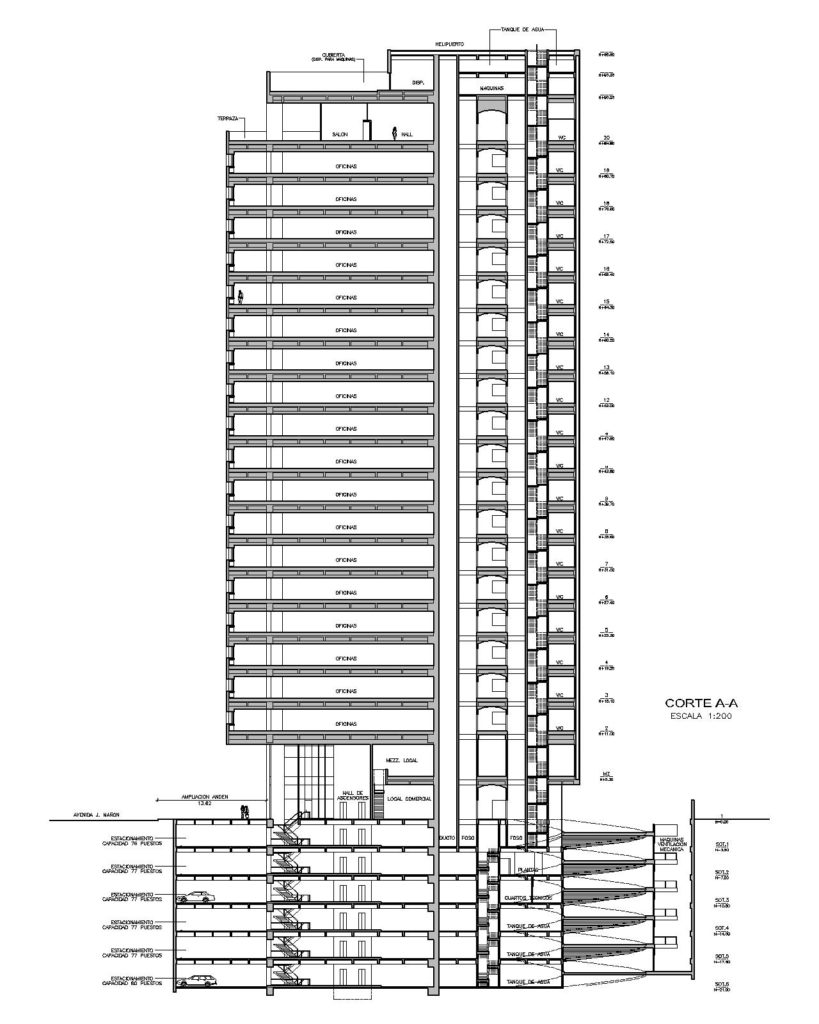 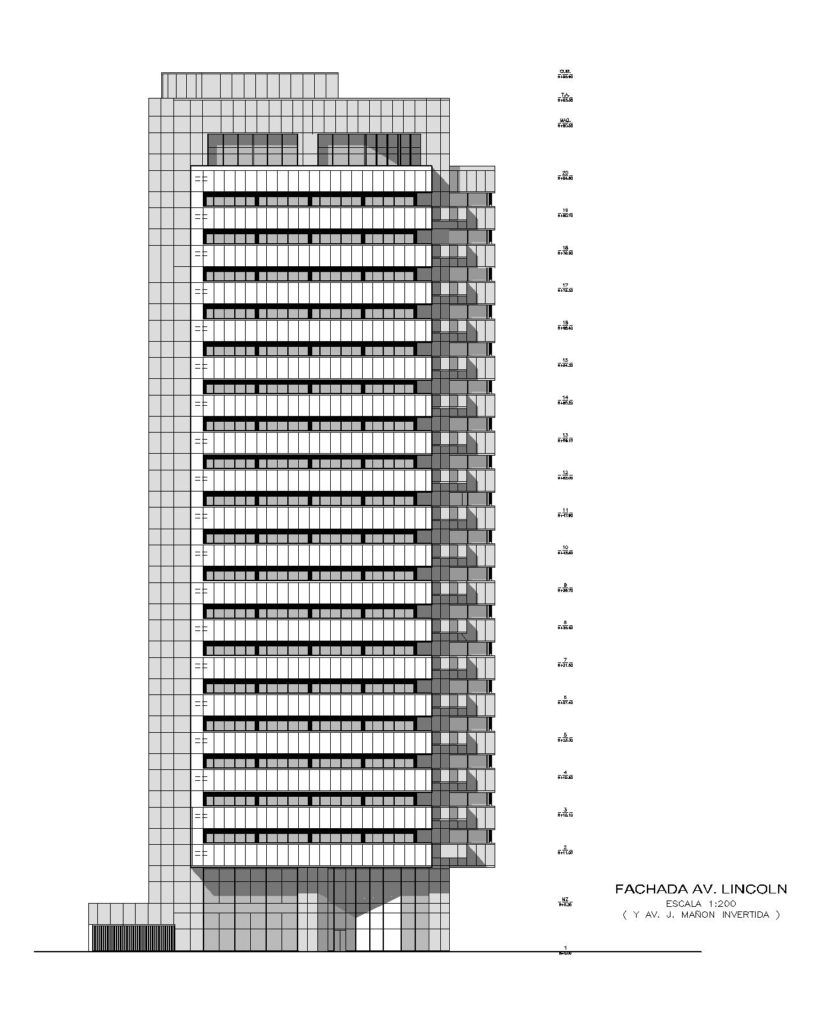 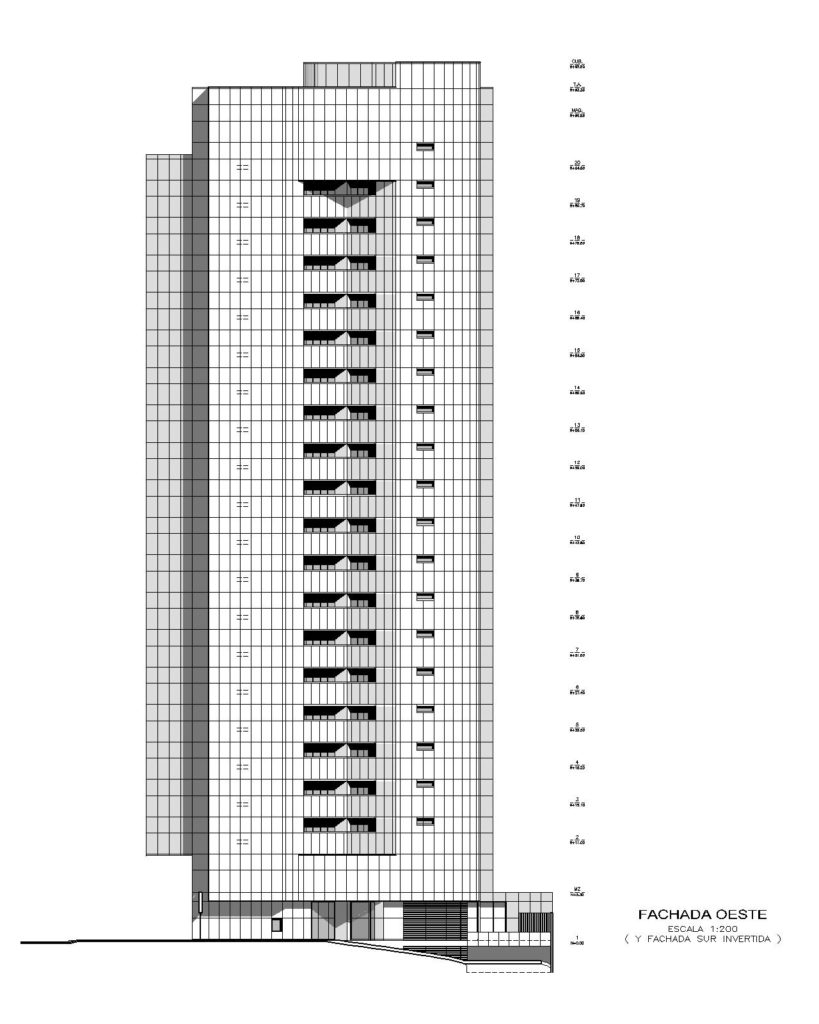 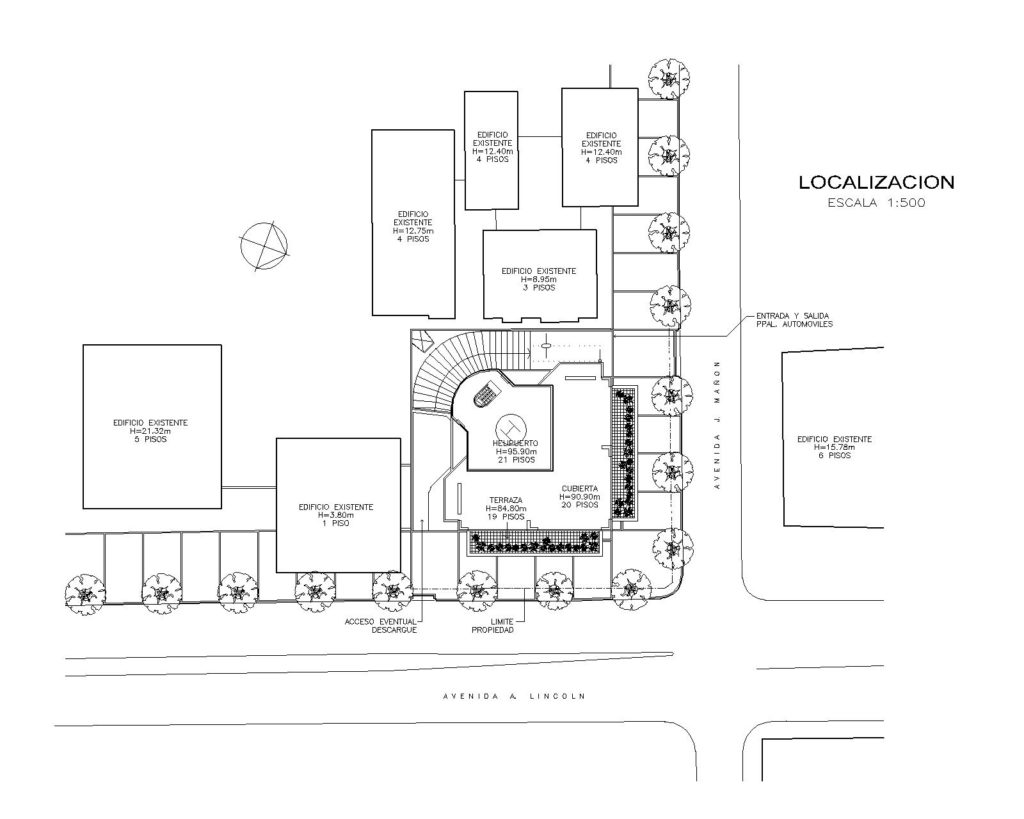 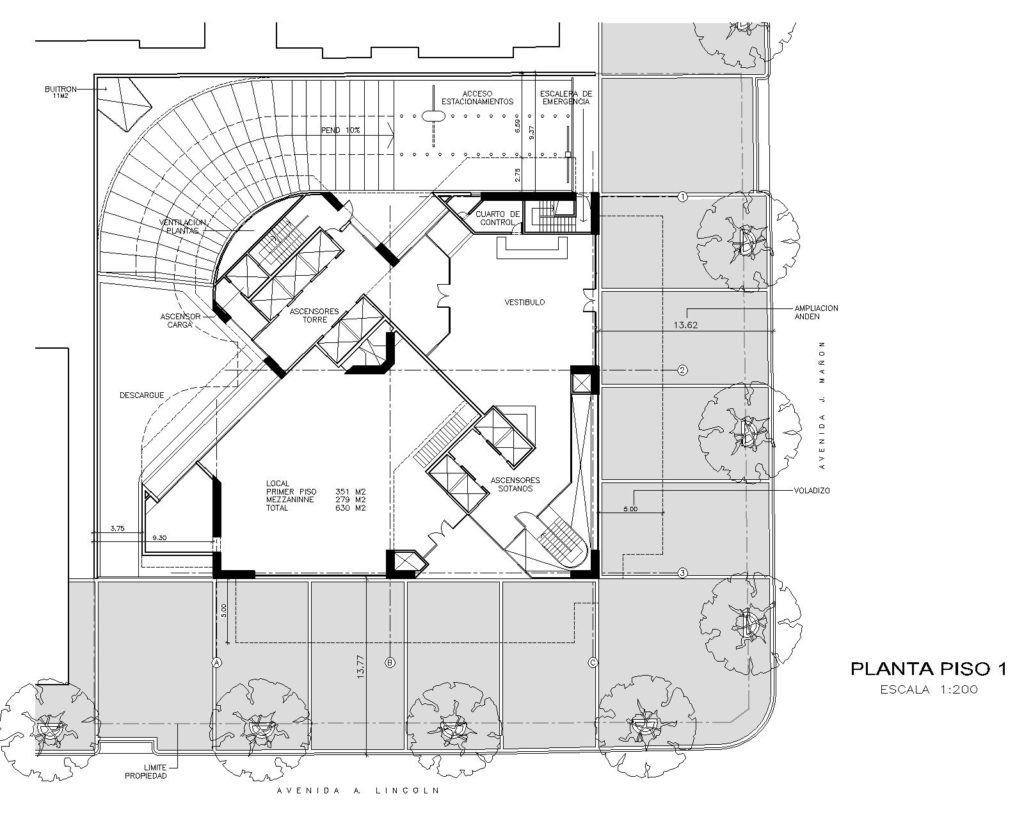 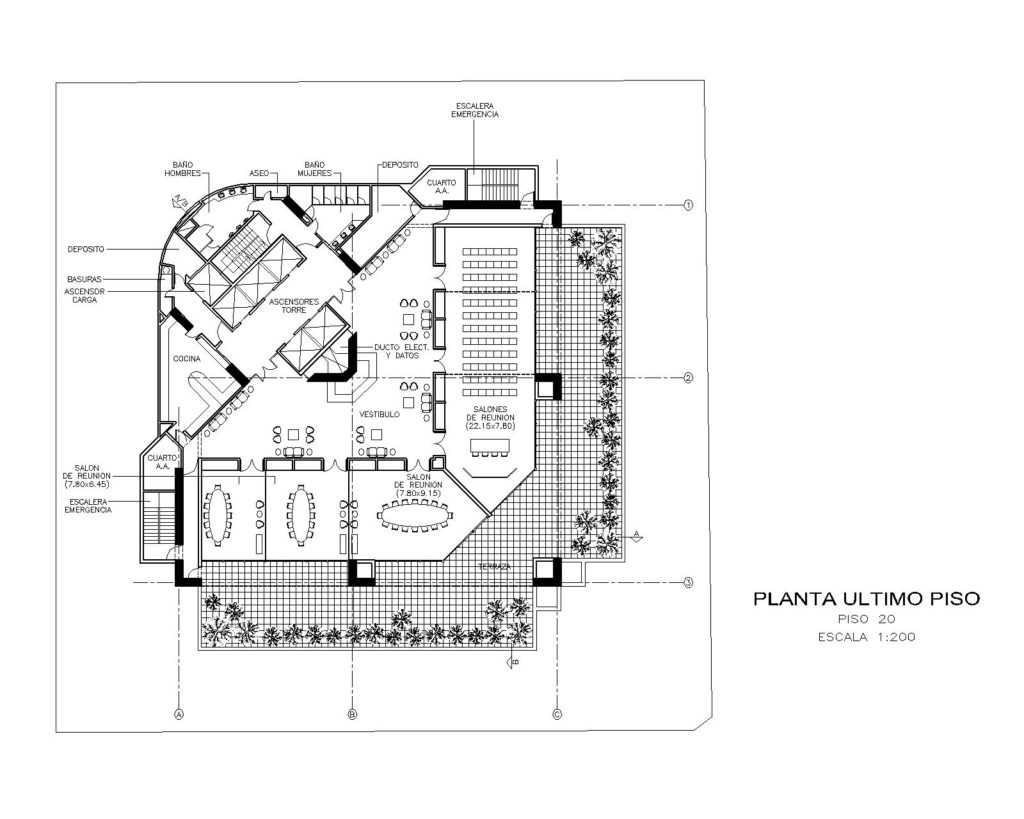 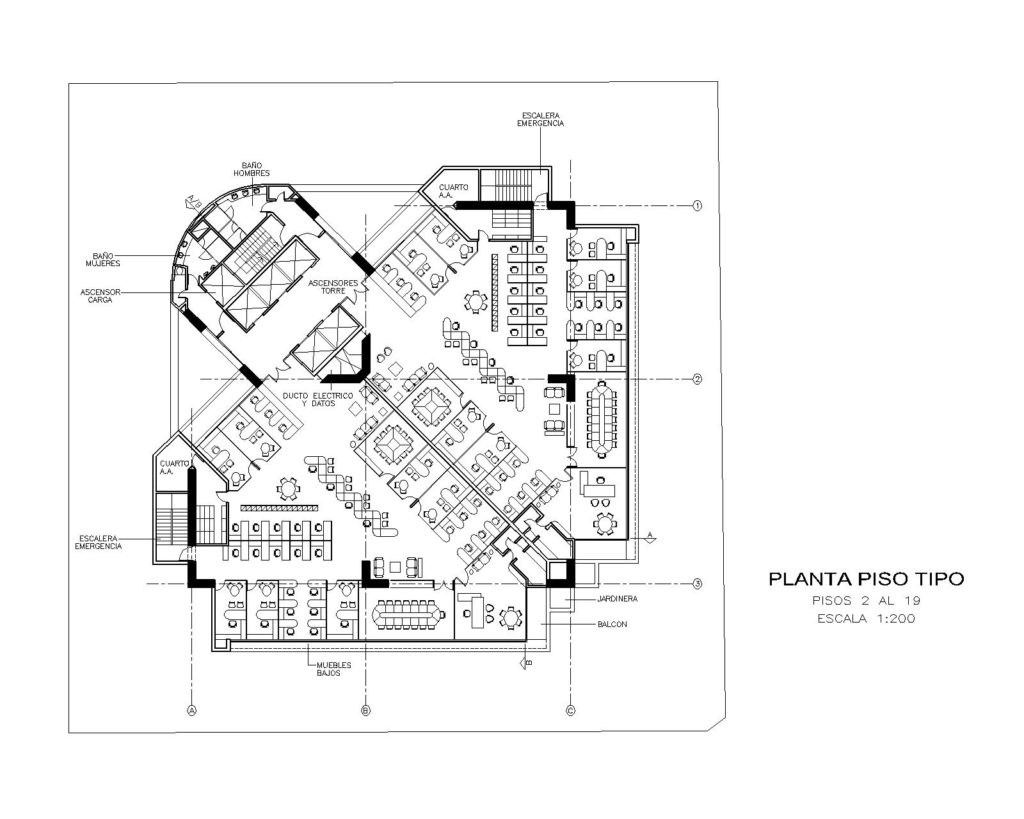 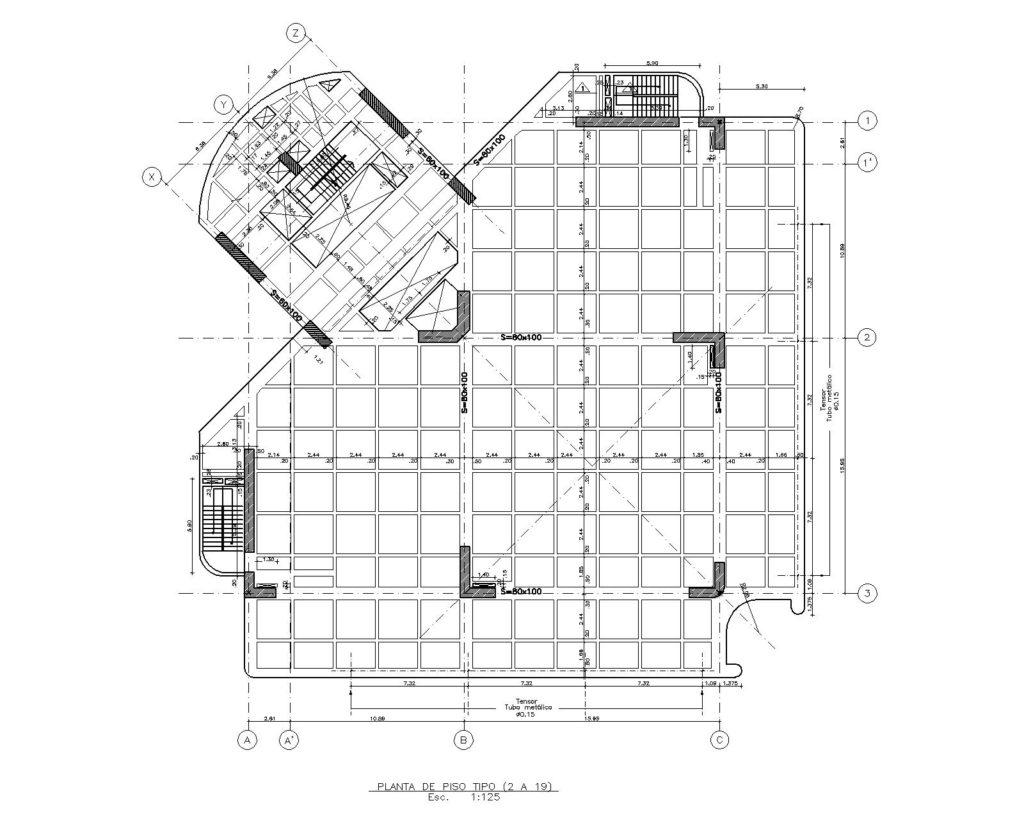 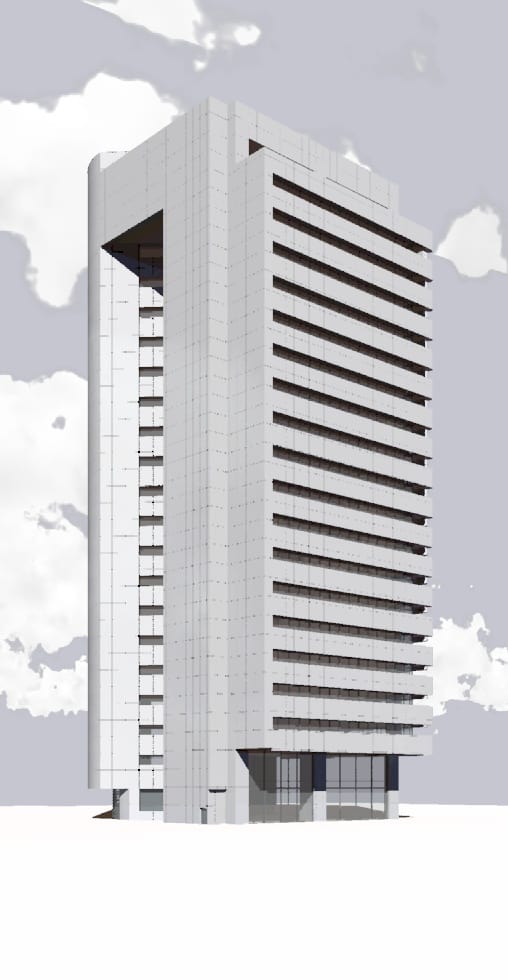 Any building to be situated on this site is destined to change the historic view from the Eje Ambiental, transformed earlier into a pedestrian axis, culminating in the natural opening between the mountains of Guadalupe and Monserrate and the descending San Francisco River. To intervene an iconic site of such significance and delicate urban conditions presented a mayor challenge, only to be amplified by the design brief that called for 36.000 m2 of usable floor area on a plot of 6.500 m2. The desired program represented an increase of 50% of the total floor area available on the entire existing university campus, which covers 5 hectares.

The project proposed by Bermúdez Arquitectos divides the program in three different building volumes, as it considered the characteristics of each of the different uses required a different way to relate to the surroundings. This strategy greatly diminished the image of density and building mass implied in the competition brief. A slender, ten level volume for the Faculty of Engineering, situated on the extreme north side of the parcel, is oriented north to south in order to preserve as much as possible the urban perspective on the San Francisco river opening. A second, five level volume contains the library and main auditorium and a third building, five levels high, accommodates an exhibition hall that articulates a space of encounter between the university and the city, as it opens on the José María Espinoza park.

The true strength of the project lies in the urban configuration it proposes, which without doubt would have significantly improved the relation of the university with its surroundings and at the same time would have allowed for the exploitation of the site without doing irreparable damage to the urban image of a place that is etched in the collective memory of Bogotá´s inhabitants. Unfortunately, the competition jury decided in favor of a proposal that obstructs the urban landscape and neither establishes a meaningful connection with the campus nor the rest of the city.